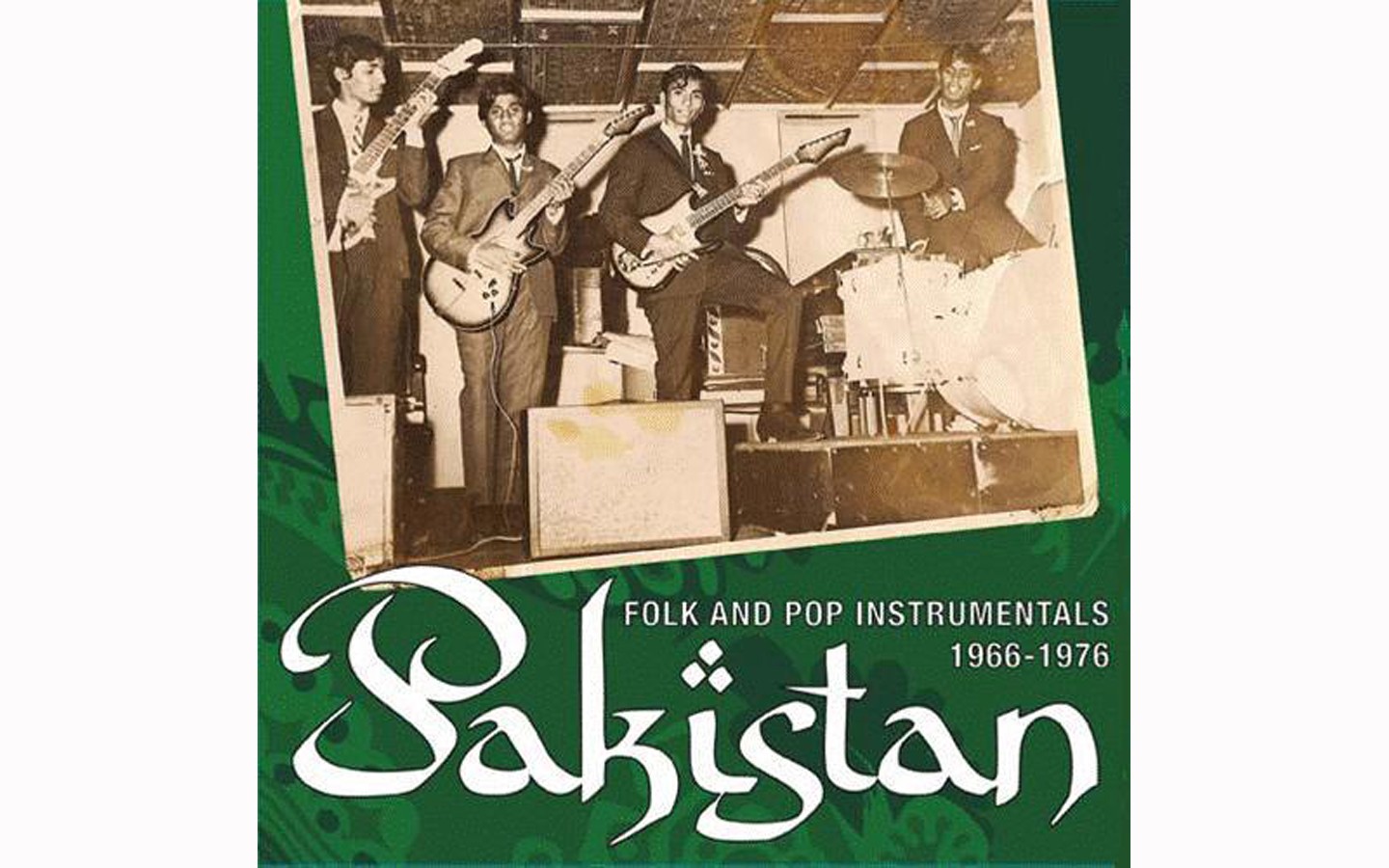 One need not be well-versed in the history of Pakistan to know that in recent times its society suffered a series of wars, military coups and drastic social and governmental shifts. During a period in the mid-‘60s through the mid-‘70s, filmmakers, television programmers and musicians enjoyed a relatively brief window of uncensored creativity. In 1977, when civilian leader Zulfikar Ali Bhutto's liberal regime was overthrown by a military coup, it ended a bloom of artistic movements that were open to Western influences, as well as incorporating local cultural ones. Subsequently, many of the country's top musicians left for other countries.

After receiving a CD compilation from a friend in Holland containing tracks from the Pakistani '60s rock group The Panthers, Stuart Ellis searched for other rock and pop music from Pakistan. Ellis runs Radiodiffusion Internacionaal, a site that archives a vast amount of obscure international music, and he has also compiled the Bollywood Steel Guitar for Sublime Frequencies. His Pakistan: Folk and Pop Instrumentals 1966-1976 is a superb 22-song compliation that took Ellis a better part of the '90s to complete and edit. It includes distinct hybrids of Western surf, rock and pop combined with traditional Middle Eastern melodies, often employing electric guitar and sitar, creating a cool "surf-and-desert" sound.

Of the half dozen groups featured here, including The Aay Jays and The Panthers (the first rock group aired on national Pakistani television), there are obvious influences that derive from U.S. guitarists, namely Dick Dale and Duane Eddy. However, the edge in the overall sound leans more toward British instrumental pop music, including The Tornadoes' 1962 smash hit, "Telstar," and John Barry's early James Bond soundtrack work. The Panthers' "Malkaus," the compilation's garage-style opening cut, would fit easily on a Pebbles '60s compilation. But this is not mere emulation of Western rock genres, it's a distillation. On "Lal Qalandar Lal," The Aay Jays use farfisa and guitar in equal parts, transforming a traditional melody into a work that Dick Dale and Italian composer Ennio Morricone might have collaborated on.

The collection importantly includes non-soundtrack selections created by known Pakistani film composers Sohail Rana and Nisar Bazmi. It helps provide another missing piece in a global history of rock and pop music, ranking among the best of recent international compilations, including Sublime Frequencies' Siamese Soul series, Soundway's The Sounds of Siam, Barbes' Roots of Chicha series and Bombay Connection's Bombay Bollywood series. Although Pakistan: Folk and Pop Instrumentals is currently available only on vinyl (a double-gate, two record set), a CD release is expected in the near future. The record also contributes to a growing body of unearthed art exemplifying how contemporary music and its musicians endure, evolve and persevere -- even in unstable and extreme surroundings.