Parasites all the Way Down 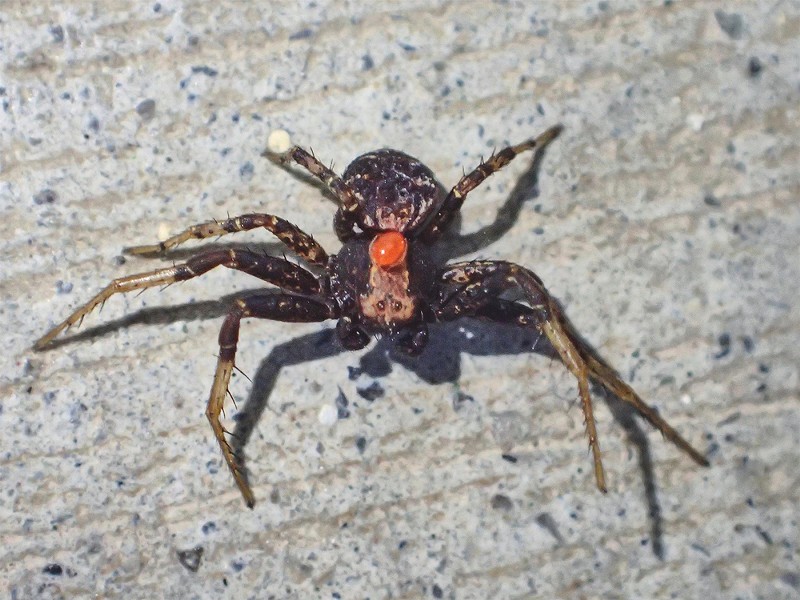 Photo by Anthony Westkamper Even dedicated predators like this running spider have parasites like the red mite between its eyes. 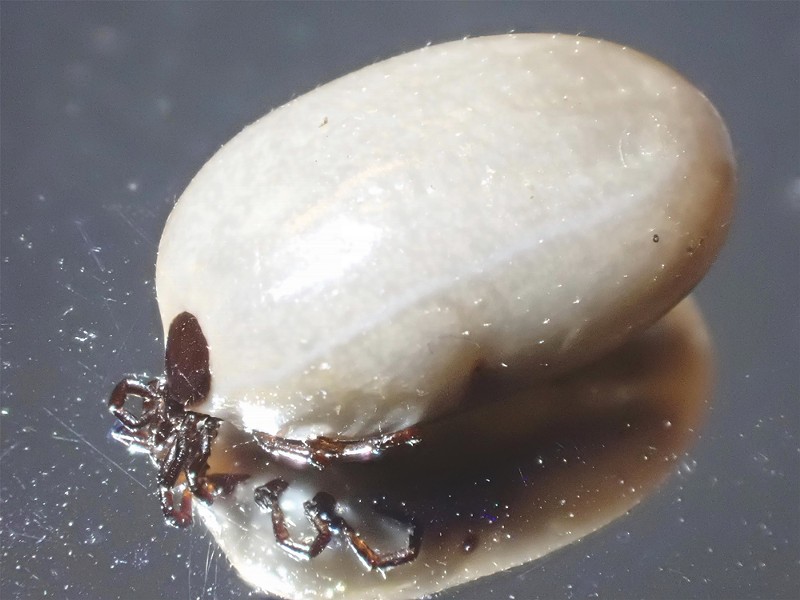 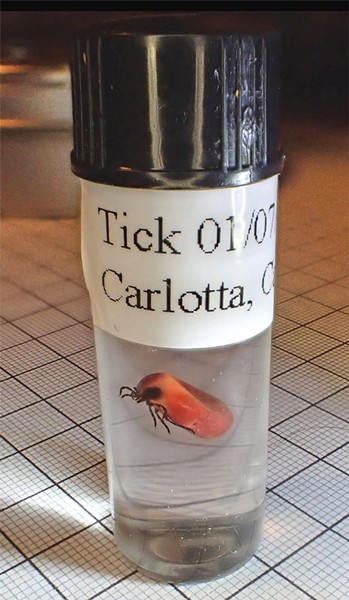 Even parasites have nightmares

Some experts assert that the most common lifestyle in nature is that of parasitism. (Read Rachel Nuwer's interview with ecologist Kevin Lafferty "Parasitism is the Most Popular Lifestyle on Earth" for more on this.) The world of arthropods is no exception. I've mentioned before that mankind's deadliest opponent in nature is the synergistic combination of mosquitoes and the diseases they carry.

Our native species aren't vectors for the worst of the ailments but, locally, ticks can and do carry Lyme disease, which came to mind when we found a blood engorged female on our bed after the dog spent an evening there.

While there are hosts of insects that are parasites on all manner of animals, insects have their own specialized parasites that play an important part in controlling their populations. Often these are actually classified as parasitoids whose activity kills the host directly. Think of the creatures from the Alien movies popping out of folks' chests.

Apparently no one is immune. Even parasites have their own dedicated parasites. Tearing some siding off my house during remodeling, I was surprised to see hundreds of tiny wasps huddled together in apparent torpor under one of the boards.

According to www.bugguide.net, they are from the family perilampidae. One source says some species of this family are hyperparasitoids who parasitize parasites entering the body of a secondary host — it might be a butterfly caterpillar that is infected with a parasitoid, such as a tachnid fly's larva entering it — and eating its way out of that parasite. Even our nightmares have nightmares.

About that engorged tick I found. Although I don't seriously collect, I always kill ticks when I find them. This one gave me the opportunity to try out a new preservation technique I'd read about: floating them in alcohol based hand sanitizer.

As this was my first attempt at this method, I learned quite a bit. For smaller specimens, I like the little black-capped 1-dram glass bottles. A thorough explanation of one process can be found www.thedragonflywoman.com. I find fresh, soft bodied critters lose water to the alcohol through osmosis, which thins the gel and shrinks the specimen. In the case of the tick, it reduced its size by about half, intensified its redness (presumably from the hemoglobin of its last host) and allowed it to drift slowly to the bottom of the vial. I removed the thinned gel and replaced it with fresh, and my specimen now stays shrunken and suspended.