The other root vegetable 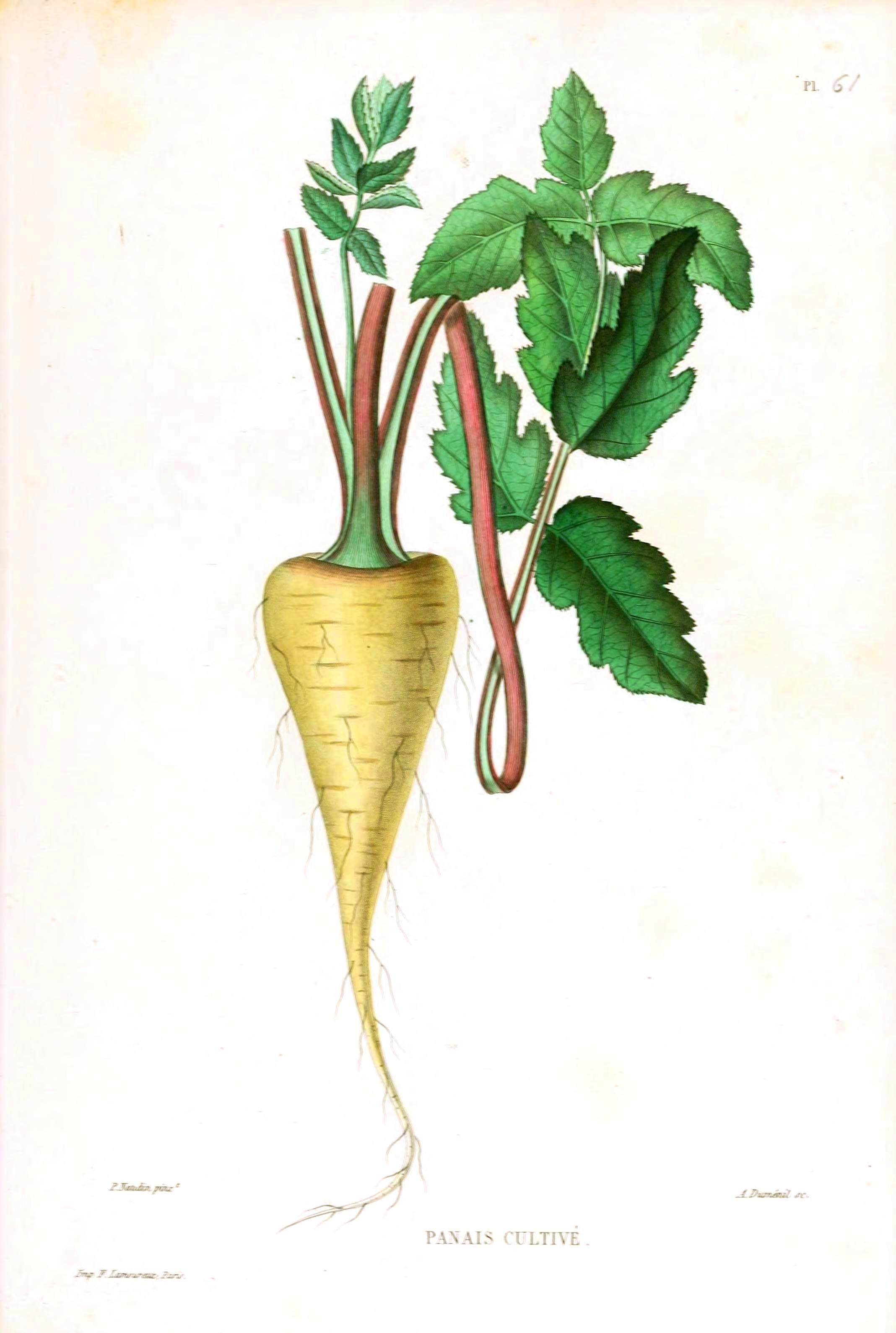 Parsnips are hardly a secret. Unlike celeriac or rutabagas, most have at least heard of parsnips, even if they can't remember what they look like. The fragrant taproot that resembles an ivory-white carrot was once a big deal in the old country. Medieval folks survived northern European winters on parsnips, which were used to make sweeteners as well. Slice one thinly and boil the slices in two cups of water for 20 minutes. Let the water cool, drink it and taste how sweet it is.

Spuds yield more pounds per acre than parsnips, and more calories per pound. And when survival is a priority, it pays to grab every calorie you can get. But when you're not in danger of starving, it pays to diversify. Nothing against potatoes, but they don't come close to matching the parsnip's resinous texture or its earthy, nutmeggy flavor. Potatoes also lack the parsnip's diversity of nutrients like folic acid, fiber, calcium and carotenoids.

Parsnips take longer to grow and require more space and labor, but you don't have to lift a finger to store them. Just leave them in the ground, insulated with straw or a blanket in cold climates, and dig them as needed through the winter.

I learned the art of winter parsnip digging from an old hippie who grows a huge crop of parsnips and carrots behind his house, which is made of mud and peach pits. On nice winter days we'd visit him and go digging for roots in the garden. My son's first solid food was dirt licked from one such freshly dug parsnip.

Carrots and parsnips are close cousins and they cook well together in soups, roasts, and purees. If you're looking for an easy rule of thumb for parsnips, simply do with them whatever you would do with carrots. Parsnip flavor is strong, and perhaps you'll prefer them cooked separately so their flavor doesn't overpower whatever else you have going. Or you may decide you want that flavor in everything.

As winter wore on the carrots began to get woody, but those parsnips only grew sweeter until we dug the last one in March. By that time I had conducted extensive trials with the old hippie's parsnips. I added them to the root mix beneath roasting birds, and to the soups made from their leftover carcasses. I oven-roasted parsnip frites and pan-fried parsnip pudding. I mixed parsnips into mirepoix, fried rice and hash browns.

Roman Emperor Tiberius was such a fan he sent away as far as France and Germany for his parsnips, but you can make the case that he should have gone farther. Researching online, I found that Brits have a lot to say about parsnips. It seems like wherever someone has something to say about parsnips, there's a Brit in the comment section to add his or her two cents. They often take the opportunity to remind the world that the biggest parsnips are from the UK.

The Guardian ran a story on parsnip wine recently, singing its praises as one of the finest wines on the planet. British clothing retailer High and Mighty even uses the parsnip to represent the most striking of male body types, possessed by only 8 percent of Britain's men. Parsnip-shaped men have broad shoulders and a narrow waist. (Other manly shapes are "yule log," "candle" and "Christmas pudding.")

So let's all thank Brits for keeping the parsnip fire burning through the dark years. And here are two easy parsnip recipes that will keep them on your radar for good.

Cut whole parsnips, peeled or not, into half-inch rounds until you have a cup, and steam them for eight minutes. (Note: Steaming parsnips temporarily releases an odor that has been compared to pee on a campfire. It doesn't bother the food.)

While still hot, pound the parsnip rounds, along with a clove of minced garlic -- ideally with a mortar and pestle, otherwise do what you do to make mashed potatoes. Because of the parsnip's tapered shape, some rounds will have much larger diameters than others, which varies the cooking times and creates a mix of soft and chewy parts. This makes the dish more interesting.

Mince a medium-sized onion or leek and sauté on low/medium heat in two tablespoons of butter or olive oil, until translucent. Add a teaspoon of ground cinnamon, which harmonizes with the parsnip's nutmeg tones. Stir in lots of red chile flakes -- preferably mild, which allows you to add a flavorful amount without hurting anyone. Turn the heat to low and stir in the mashed parsnip rounds, gently mixing them into the sauce. Each round, despite being mashed beyond recognition, will retain a semblance of individual identity as the sauce helps them untangle from each other, and you might even find that some of them (gasp) escaped smashing altogether.

Here's an easy recipe for parsnip pancakes that are moist, fluffy and full of flavor.

To make six pancakes, grate two cups of parsnip and add two beaten eggs. Add three green onions, sliced lengthwise into two-inch matchsticks (as thin as possible). Season with salt and black pepper to taste, and mix it all together.

Heat a cast iron skillet on low heat with enough safflower or other high heat oil to cover the bottom. Use your hands to squeeze together golfball-sized wads and place them in the skillet, gently pressing them flat but not thin. The mixture may appear tenuous, and you'll wonder if it will hold together. Go around each pancake with the spatula, pushing in toward the center, until the pancakes can all slide around on the hot skillet -- about four minutes. Then flip them and fry the same amount on the other side. Optional dipping sauce: soy sauce, toasted sesame oil, cider vinegar, cinnamon, chile flakes and sesame seeds, all to taste.