A reminder to be kinder

Photo courtesy of the artist. 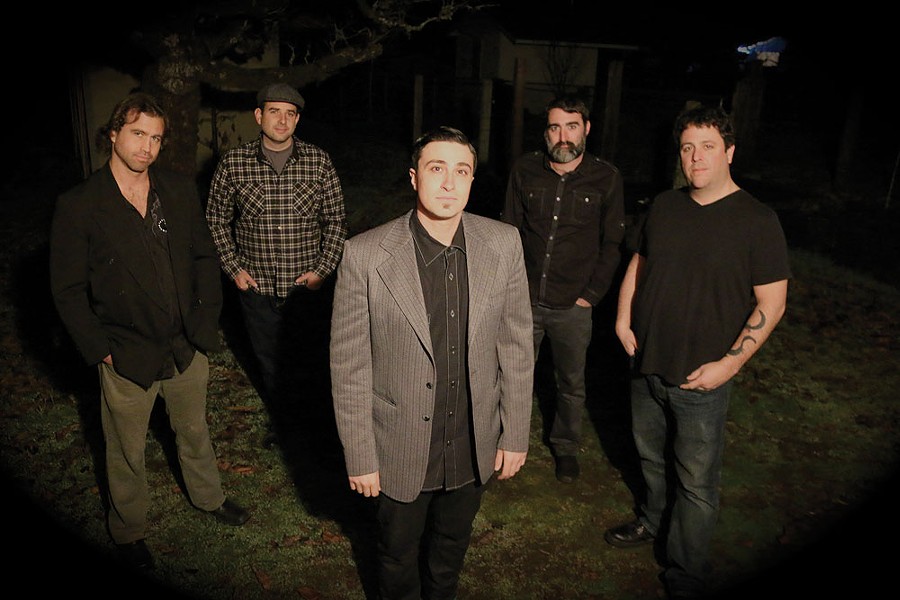 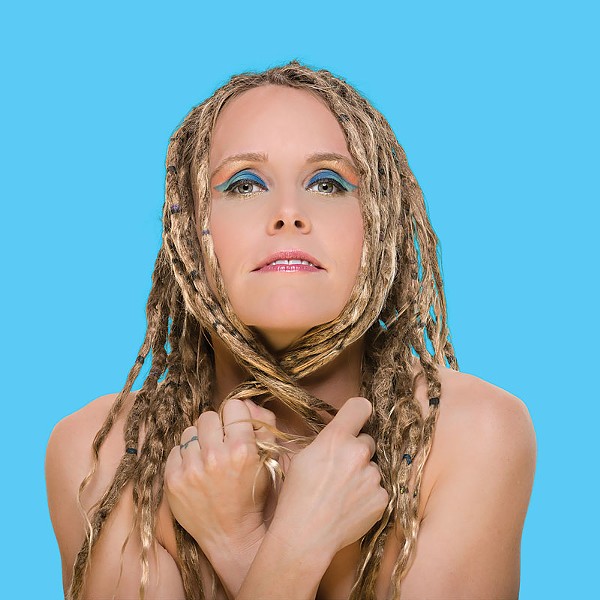 Photo courtesy of the artist. WHO: Adrian & the Sickness, WHEN: Thursday, May 22 at 8 p.m., WHERE: Jambalaya, TICKETS: TBA 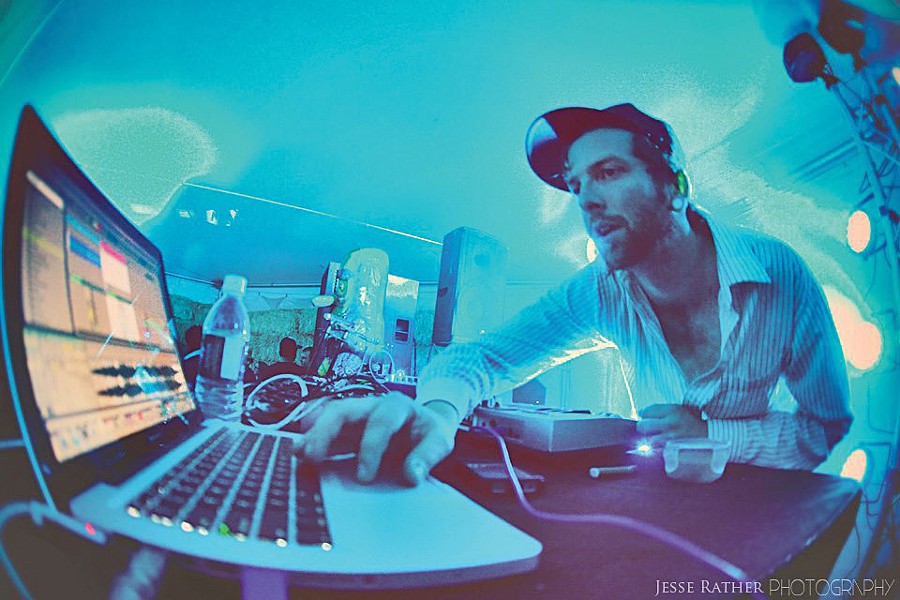 Humboldt State's graduation weekend manifests itself in many ways. Students exhale as the final assignment is turned in and the world crowns them official adults. Parents rejoice in their children's accomplishments and start worrying about what's next. Arcata residents grumble at the weekend's increased chaos and look forward to summer's lessened population. Inspiring words pop up on Facebook. One of the better convocation speeches took place at Syracuse University last year, when the brilliant author George Saunders told the graduating class, "What I regret most in my life are failures of kindness." In addition to all the usual encouragement to experience one's days to the fullest, Saunders urges people to get kinder faster. While the words may be especially appropriate for those launching into a new chapter, the recommendation to "do those things that incline you toward the big questions, and avoid the things that would reduce you and make you trivial" is worth heeding always.

Music — the best music — induces passion, joy, catharsis and community, brings us into the moment, takes us outside of ourselves. Next time you're at a show — and I hope that occasion is imminent — put your phone away, hug the friend you're with and let a sense of good accompany the sweet/raucous sound washing over you.

Friday: With a little help from friends

On that note, seems appropriate to start off with "Waiting For A Miracle: A Benefit for Steve Watts," which takes place at Humboldt Brews starting at 6 p.m. Watts, a local musician and cofounder of the music production company Passion Presents, was badly injured in an MMA fight last month. His friends want to help his recovery, naturally, and are hosting a silent auction to raise money for medical bills. Fun Beatles tribute band Silver Hammer performs. The event is 21-and-over with at $10 cover.

Friday: So much for the afterglow

The band came out with a new album last year, but for most fans, the appeal is nostalgia, which is fine, because frontman Art Alexakis has been orchestrating retro "Summerland" tours and because the new music sounds a lot like the old music, despite Alexakis being the only original member. No matter — all we really want is to live beside the ocean, leave the world behind, swim out past the breakers and otherwise sing along to Everclear's greatest hits. This opportunity to revisit your past takes place at Cher-Ae Heights Casino, doors at 7 p.m., show at 8 p.m. Tickets are $39 general, $49 premium.

Friday: A higher state of mind

"Hi there, I appreciate very much you guys writing that little deal for the epic Fishbone show that happened at my venue in Hayfork called Northern Delights. I just wanted to mention a few more shows coming up soon that if you'd be so kind..." Of course, Francesco — being kind is our whole theme. Folks brave enough to drive out to Hayfork can catch Prezident Brown for $25, one drink included. Play it safe by buying tickets in advance via northerndelightshayfork.com.

Friday: All over it

Local boy done good Berel Alexander relocated to Oakland a while back to better serve his mission of bringing West Coast Soul to the masses. For the past four years, the neo-R&B five-piece has performed at the Sundance Film Festival and opened for G. Love & Special Sauce — things are going well. In January, Alexander released a new EP, All Over It, and now he returns to play a hometown show at the Arcata Theatre Lounge. It'll be a good-looking, feel-good kinda gig. Increasingly popular local jam band Liquid Kactus opens. Diggin' Dirt also plays. Doors open at 8 p.m., cost is $10 at the door, $8 advance and this show is 21-and-over.

Side note: I dropped in to the BigFish Vapor Lab to check out High Crimes last week, was chatting with a couple 20-something HSU students and Liquid Kactus's name came up. "What do they sound like?" they asked. "They're a jam band," I answered. The friends looked at each other, then me. "What's a jam band?" Oh, how times have changed in Arcata! When I relayed this to a musician friend later, she waxed rhapsodic about the wonderfulness of playing together in such a way that each musician takes turns leading, following, building upon and responding to each other's improvisation. This was much kinder than my characterization of jamming as "musical masturbation" — my impatience with long noodley instrumental riffs is but one of many possible responses. Those of you who relish such things (hi, Phish fans!) will enjoy Liquid Kactus, too.

First, please note the return of the Humboldt Arts Festival! The fest brings even more art and cool to the Creamery District all weekend long. Check out the Calendar on page 45 for full details.

Oh, yes. Let's get our party on with Soul Night XXXI: The Vibe Doctor is Out. The purveyors of Humboldt's most successful dance event characterize graduation weekend as "the time where our town is overrun with parents driving the wrong way and drunken cousins from Chico slappin' five." More importantly, they continue, "It's also when our resident Vibe Doctor, Matthew Freedom, is packing up and moving to Pennsylvania." Please attire yourself in all black to both mourn and celebrate this departure. As part of the ceremony, DJ Red joins the crew. Tickets are $5, doors open at 9 p.m. This party is 21-and-over. Meanwhile, over at the ATL, a show for those graduates not saddled with parental entertaining. Go on, get filthy with LOUDPVCK and Psy Fi. Doors open at 9:30 p.m., cost is $20 at the door, $15 advance, must be 21-or-over.

Monday: In which mankind goes extinct and I use the word 'crust' repeatedly

Placebo requests you dedicate your Monday night to a serious punk show featuring UK crust punk band Extinction of Mankind. Formed in 1992, the band has recorded and toured with such punk/crust heavyweights as Misery, Wolfpack, Warcollapse, Doom and Skitsystem with a sound described as "pure crust to the core with heavy metallic riffs, raging percussion and socio-political lyrics furiously shouted in defiance." Also playing, Deathwish, Miasmic and Dandruff. All ages, natch, and at the Ink Annex. Show starts at 7 p.m. and costs $12 general, $10 members. No booze or drugs.

Flagstaff's Greco sounds like something from 1980s Britain, delivering a sound somewhere between old new wave and retro Euro pop. Joining it at the Jambalaya are A-town's mega-poppers The Wild Lungs, plus Arcata grinders Gout. Doors at 9 p.m., music at 10 p.m., cover is $5 and this good time is limited to those aged 21-or-over. Simultaneously, Oahu reggae stars The Green bring dub-heavy roots reggae to the Mateel Community Center. Doors at 7:30 p.m., show at 8 p.m., tickets are $25 and this one is all ages.