How I learned to not hate Facebook as much 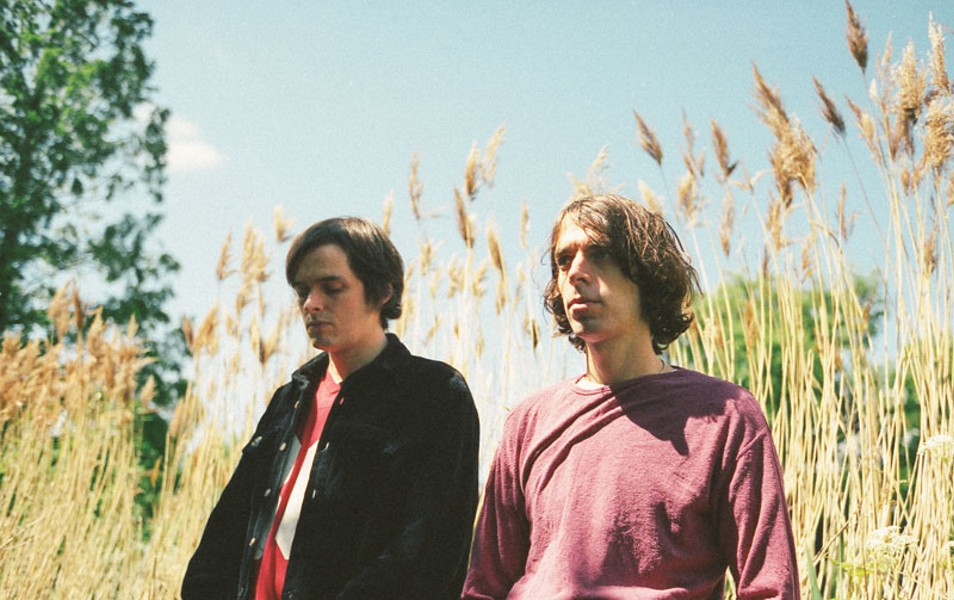 Similar to many of the changes that have come along with an evolving music industry, show promotion has morphed and permutated throughout the years. At a local level, the days of wheat pasting yielded to staple guns and telephone poles, to hoofing it around town throwing up 11-by-17-inch posters in supportive local businesses, to emailing press releases to local media outlets. To be fair, some of this still happens on a daily basis for many bands, but the digital revolution has made show promotion much easier and much more cost effective. Why spend $50 printing out color posters and the hours it takes getting them all over town when you can just create a Facebook event and invite everyone that way? It's easier, cheaper, and invites interaction from your fans. Although I'm generally one who thinks Facebook is a tremendous waste of time, I do have to applaud it for making life easier for already hard-working musicians who barely get compensated as it is. Same goes for Twitter and all those other cutesy-named social media platforms.

I'll admit to looking back fondly on my days of hitting up telephone poles, and putting in the miles made me feel like the band was really trying. It did, however, take a lot of time. Time that could have been used for songwriting, practicing and, these days, getting the kids to cross country practice and volleyball games. If new tools can free up some time for musicians, and still allow them to effectively promote their shows, then count me in. But, I'm still a sucker for a nice colorful poster hanging at the Tin Can Mailman. Keep up the work musicians, it's worth it. Oh, and please send me press releases about your shows. Don't make me navigate Facebook to find out when you're playing, because I probably won't. Look below for how to clue me in via email.

Two of the bands playing Thursday are staying busy this weekend with other shows, but catch Kingfoot tonight at Redwood Curtain Brewery in Arcata. Think of it as Americana with a local twist and some great guitar work. Get on the good foot at 8 p.m. for $4.

Out-of-towners Dehli 2 Dublin return to Humboldt Brews. If you're looking for a high energy show to work on your moves and sweat on strangers, this is probably the spot to be. A fusion of East meets West, you'll hear Punjab beats paired with some Celtic fiddling. Sounds strange, I know, but it works. Throw in some dub and reggae, and you've got some happy Humboldtians. Their latest album, Low 'n Slow, just came out last month, so expect to hear a sampling of new songs. The dance begins at 9:30 p.m. Bring $15.

Kingfoot stays in Arcata and joins in on a fundraising concert with Beth Bell at Blondie's. Beth's band BeThisBell is on its way to Brooklyn next month to perform at an "official showcase" at the CMJ Music Marathon. A big gig! As we talked about last week, local bands rarely ask for enough financial compensation for their craft, but Beth is hoping folks will help her get the band to New York City. I would assume they're flying, but either way, it ain't cheap. I'm not sure what the cover charge is, but show up at 7 p.m. and you'll get good music and know that you're helping local musicians get in front of some big players in the Big Apple. Some tracks off of the band's latest album have a sound reminiscent of when Santana jammed with Rob Thomas. Can't make the show but still want to help out? They've got a Kickstarter going; which you can check out by googling the band's name.

For some "Ozark Stomp" or "Mudstomp," catch the Ben Miller Band at Humboldt Brews at 9:30 p.m. Allegedly born out of an open mic night "gone right" this band will treat you to some bluegrass/country/etc. with a strong beat. They've got guitars, banjos, a washtub bass and a washboard. $12 in advance or $15 at the door.

If you missed Dehli 2 Dublin last night, you get another chance to see them at the Mateel. No time announced as of yet, but $20 if you've already got your tickets, otherwise $25 at the door.

I received an email from Buddy Reed alerting me to the fact that someone he really admires will be playing at the Westhaven Center for the Arts. Buddy tells me that his pal Don Hall is a hell of a "folksinger/story teller/balladeer" who has a great bass voice. Don is apparently an Emmy award winning TV producer as well, but he fled that crazy scene years ago. He'll be up in the redwoods, far from his home in Louisiana, but I've got a hunch he'll be feeling at home while he's in Humboldt. Price and time TBA.

Some members of White Manna will be joining members of Moon Pine as the newish local band Opossum Sun Trail at the Siren's Song Tavern. They bill themselves as "cinematic desert type of music," and that's actually a pretty good description. Listening to some tracks from their new album, they sound mellow and atmospheric and at times a bit alt-country-ish. One of their songs, "The Long Valley," made me wonder if this is what it would sound like had Pink Floyd lived in the American high desert in '69 with some time-traveling members of Lullabye for the Working Class and only one electrical outlet. They'll be joined by Guiding Waters (who is Clyde they tell me, not knowing that I don't know who Clyde is) and Ultimate Painting all the way out from London. Supporting their new album Green Lanes, Ultimate Painting is a bit indie and a bit jangly dreamy music. I couldn't help but think about Harold and Maude in a band with Bernie Leadon. I apologize for that. No word on the time or price of this one either, but it'll be worth it.

If you ever wondered what vampires living in the Pacific Northwest singing about unrequited love and heartbreak sound like, Say Hi will fill you in. The band recently released Bleeders Digest (get it?), a concept album from the point of view of vampires. It's indie-sounding with some synth pop thrown in for good measure. Dance or sway lazily. Please, no biting. Say Hi will play Humboldt Brews with Telekinesis at 9:30 p.m. $15 at the door.

Andy Powell is a congenital music lover and hosts The Night Show on KWPT 100.3 FM weeknights at 6 p.m. Recently he's been falling asleep on the job while hosting the Morning Show. He's not proud of that fact.