Paz Dominguez Out as Auditor-Controller 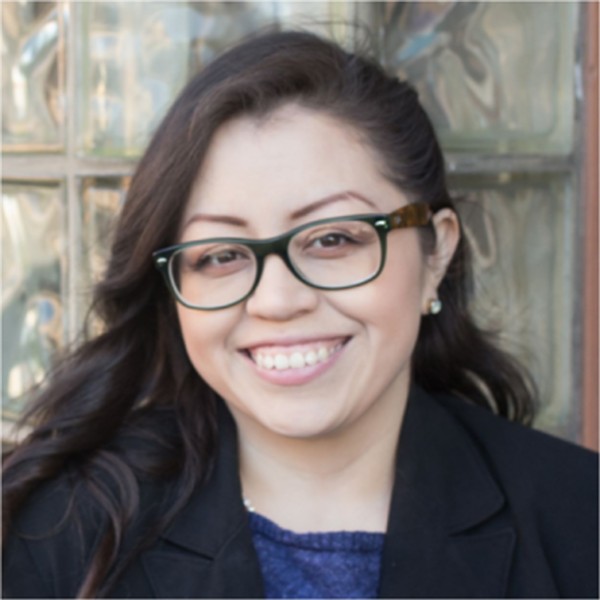 Just weeks after a decisive election loss to challenger Cheryl Dillingham, embattled Humboldt County Auditor-Controller Karen Paz Dominguez has negotiated a separation agreement under which the county will pay her more than $90,000 for leaving office early.

Under the terms, Paz Dominguez — who in her single term in office became one the most recognizable and controversial figures in local government, becoming the subject of no-confidence votes, grand jury reports, third-party investigations and an unprecedented lawsuit filed by the state — left office July 1, six months early, though she has agreed to help work with Dillingham, her appointed replacement, until she officially takes office as an elected official Jan. 2, 2023. In exchange, the county agreed to pay Paz Dominguez what she would have earned in her remaining months in office: $74,000 in salary and $2,950 in insurance benefits, as well as a one-time payment of $15,000.

Additionally, the county agreed to pay Paz Dominguez more than $13,000 to compensate her for legal fees as well as to defend and indemnify her in a state lawsuit alleging she violated the law by failing to timely file financial reports and a threatened lawsuit from the city of Eureka, while also dismissing a lawsuit the county itself had filed against her, alleging she'd failed to meet state financial reporting requirements and that she'd misappropriated public funds.

It's worth noting the separation agreement explicitly states it allows Paz Dominguez to retain "claims against the county for defamation, discrimination and other wrongs," though the county makes no admission as to the validity of those claims.

Attempts to reach Paz Dominguez about the separation agreement — and why she thought it was in the best interest of her, the county and local taxpayers — for this story were unsuccessful.

The separation agreement and Paz Dominguez's subsequent departure from office come just weeks after the June 7 primary dealt her a stinging defeat, with Dillingham taking 71 percent of the vote to Paz Dominguez's 23 percent.

The Journal reached out to all five county supervisors, who voted in closed session June 28 to direct County Administrative Officer Elishia Hayes to execute the agreement, which is expected to come back before them for final approval July 12, asking why they deemed it in the best interest of the county and its taxpayers.

Fifth District Supervisors Steve Madrone was a bit more diplomatic: "Given everything under consideration, this was the best way to help all parties and the county move forward with its affairs."

Second District Supervisor Michelle Bushnell said the issues the county is facing with the Auditor-Controller's Office are no secret, having been the focus of extensive media coverage, local and state investigations.

"We needed change now, and our board collectively felt that it was necessary for the health of our community and county government to move forward quickly so that critical tasks could be completed and the county's financial position could be stabilized," Bushnell said, adding that it was a "joint decision" and "beneficial for all."

The agreement speaks to the levels of anxiety in county government over the state of its financial disarray and the urgency with which they feel the need to begin bringing order to the situation, as well as the fear unknown liabilities may exist.

During a budget presentation to the board just last week, Hayes indicated that the county's delinquent financial filings — and inability to close out multiple fiscal years' books — have left officials operating under assumptions and estimates.

Adding greatly to the county's fiscal uncertainty is that while its fiscal reporting problems have seeming come to a head, the county's revenues and expenditures have been anything but stagnant. Last year, the board approved large employee raises — a minimum of 10 percent across the board with additional bumps coming over the next two years — aimed at employee recruitment and retention. The board also agreed earlier this year to cut cannabis cultivation taxes by 85 percent, forgoing some $10 million in revenue in an effort to aid the foundering industry.

The fiscal morass prompted county administrative staff to recommend the board hold off on passing its 2022-2023 budget and instead approve a place-holder budget and temporary hiring freeze, with the hopes the county will have a better handle on its finances by September.

In the meantime, Dillingham has been appointed to step in as auditor-controller, though she is still transitioning out of her role as Rio Dell's finance director and will likely only be able to work part-time until September, according to a memo sent to county department heads last week. She's tapped County Finance Director Tabatha Miller to step in as her assistant auditor-controller to help with the transition and ensure someone will "always be available to make decisions."

It's unclear what Paz Dominguez's resignation means for the lawsuit brought against her and the county by the California Attorney General's Office on behalf of the state Controller's Office, which alleged Paz Dominguez failed to file timely fiscal reports and budget documents with the state, and that she filed a report deficiently by refusing to identify herself as the person who compiled the report, as statutorily required.

State Controller Press Secretary Jennifer Hanson — who previously told the Journal her office had found no record of it having ever pursued a lawsuit to compel a local official to comply with state fiscal reporting laws — said the SCO continues to negotiate with the county and "we will have to wait and see how that develops."

Paz Dominguez's resignation also comes just as the SCO is finalizing a report on its investigation into the county's finances, with an expected release in the coming days or weeks.

The separation agreement, released publicly just a day before it took effect July 1, brought an abrupt end to Paz Dominguez's tenure, which had been controversial from the very start.

While still the newly hired assistant auditor-controller, Paz Dominguez took to the podium at a board of supervisors meeting to warn the office was grossly understaffed, leaving the county's fiscal controls in shambles. Within months, she faced hostile workplace complaints from coworkers in the office and her predecessor, Joseph Mellett, resigned. Elected as a reform candidate, Paz Dominguez took office in January of 2019 and, according to a Humboldt County Civil Grand Jury report issued days prior to this year's election, she quickly set about making some important improvements, introducing new technology to the office and upgrading accounting practices.

Things, however, quickly seemed to come off the rails, with other department heads complaining of poor communication and a lack of responsibility as missed deadlines mounted and core functions of the office went unmet. Ultimately, multiple entities — from the county Workforce Development Board and the Fortuna Union High School District to the board of supervisors itself — would issue votes of no confidence in Paz Dominguez, while 13 of 19 county department heads would send a letter alleging she'd failed in her duties. The Humboldt County Office of Education, the city of Eureka and other entities, meanwhile, complained the auditor-controller's office had failed to make mandated property tax interest apportionment payments. And then days before the election, the Grand Jury issued a scathing report putting much of the blame for the county's fiscal dysfunction at Paz Dominguez's feet.

For her part, Paz Dominguez has repeatedly insisted her office has done its best with limited resources, working through an unprecedented pandemic that brought unique challenges to a county with a decentralized accounting structure. She repeatedly said other departments' recalcitrance in coming in line with the demands of true fiscal oversight were to blame for missed reporting deadlines, hinting at times there was some kind of deep-state conspiracy to discredit her and avoid the level of fiscal accountability she was trying to implement, intoning that it even extended to the SCO and state attorney general. She repeatedly alleged instances of gross negligence and improper conduct that were leaving the county vulnerable to acts of fraud, promising to provide documentation to support her claims, though documents released to date have not done so and many others promised have not been produced.

The board is expected to formally approve the separation agreement at its July 12 meeting.

Thadeus Greenson (he/him) is the Journal's news editor and can be reached at 442-1400, extension 321, or thad@northcoastjournal.com. Follow him on Twitter @thadeusgreenson.