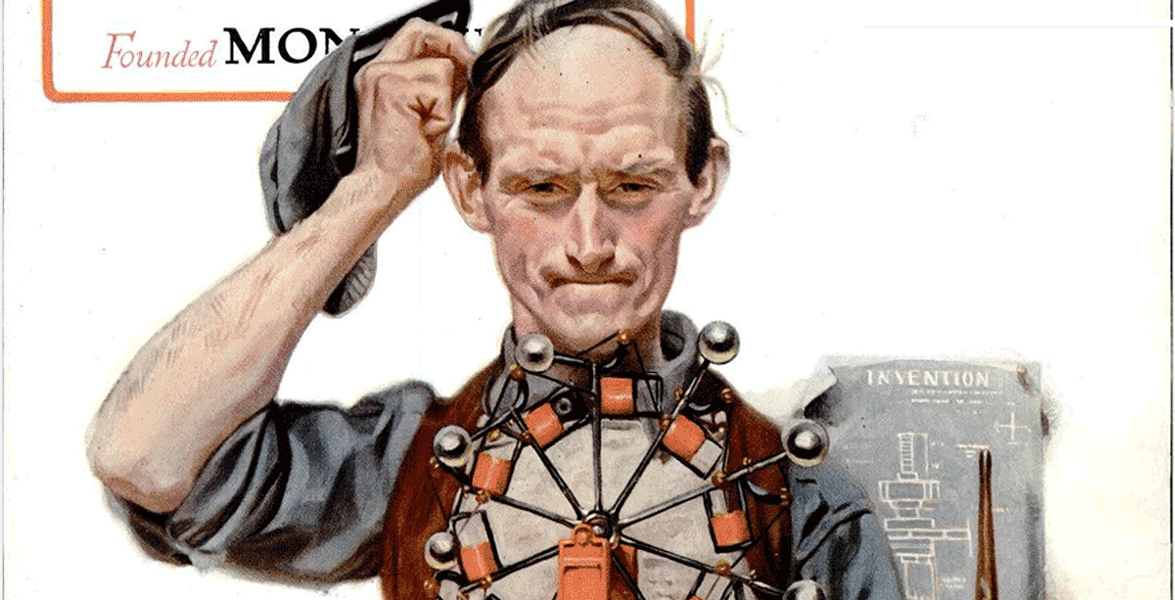 Around the year 1180, an Indian mathematician, Bhaskara II, invented what is generally claimed to be the world's first perpetual motion machine. It was a vertical wheel with mercury-filled tubes attached to the rim; as the wheel turned, mercury flowed to the lowest parts of the tubes, maintaining the rotation indefinitely — you can see a modern version of Bhaskara wheel's action on YouTube. The free energy thus generated can solve today's energy crisis! No more coal and oil polluting the atmosphere and warming the planet! No more messy gas or diesel engines on our roads! Simply scale up Bhaskara's wheel and enjoy a Golden Age of Energy.

If only. I'll leave it to you to figure out how the wheel in the video keeps turning, but even if you don't watch it, you already know it's a scam, right? From Bhakskara on down to the present time, inventors have been presenting the world with perpetual motion machines, that is, machines whose output — in this case, a revolving axle that could be used to generate electricity — exceeds its input. No energy goes in, some energy comes out. And bang goes the First Law of Thermodynamics. Remember? Energy can be neither created nor destroyed, aka there's no free lunch. Perhaps that should be amended: the only free lunches are eaten by inventors who are able to con rubes into investing in their "free energy" machines. (Next up: automobiles that run on water.)

A 20th century version of Bhaskara's Wheel is shown in the "mass leverage" contraption above, in which the metal balls on the right have more leverage than those on the left, creating perpetual rotation. Except four balls on the right (in this case) are counterbalanced by five on the left. More to the point — and common to all "wheel" types of perpetual motion machines — the center of gravity of the moving part is lower than the central axle, meaning that once started, it will end up swinging to and fro like a pendulum before friction causes it to stop.

But wait, I've been talking about perpetual motion machines. What about just plain perpetual motion, that is, something that keeps moving eternally without doing any actual work? Isn't that possible? 'Fraid not. Now we're up against the Second Law of Thermodynamics that says — for our purposes — that a closed system can never run at 100 percent efficiency, no matter what (aka, you can't even break even).

Meaning that nothing works forever, whether it's a pendulum (losing energy though friction of its pivot and of air molecules), a "drinking bird" toy (which runs until all the water is evaporated), Earth spinning in space (kinetic energy of which is constantly being lost to tidal friction, hence the insertion of 27 "leap seconds" since 1972) or a hydrogen atom (whose single proton, half-life 10^33 years, will — eventually — decay).

None of which is going to stop inventors trying to outwit the laws of thermodynamics — look no further than YouTube if you don't believe me. Little has changed since Leonardo da Vinci bemusedly wrote, more than 500 years ago: "Oh ye seekers after perpetual motion, how many vain chimeras have you pursued? Go and take your place with the alchemists."

Editor's note: This story has been updated to correct an editing error on the half life of a proton.