Pity the Billionaire: The Hard Times Swindle and the Unlikely Comeback of the Right 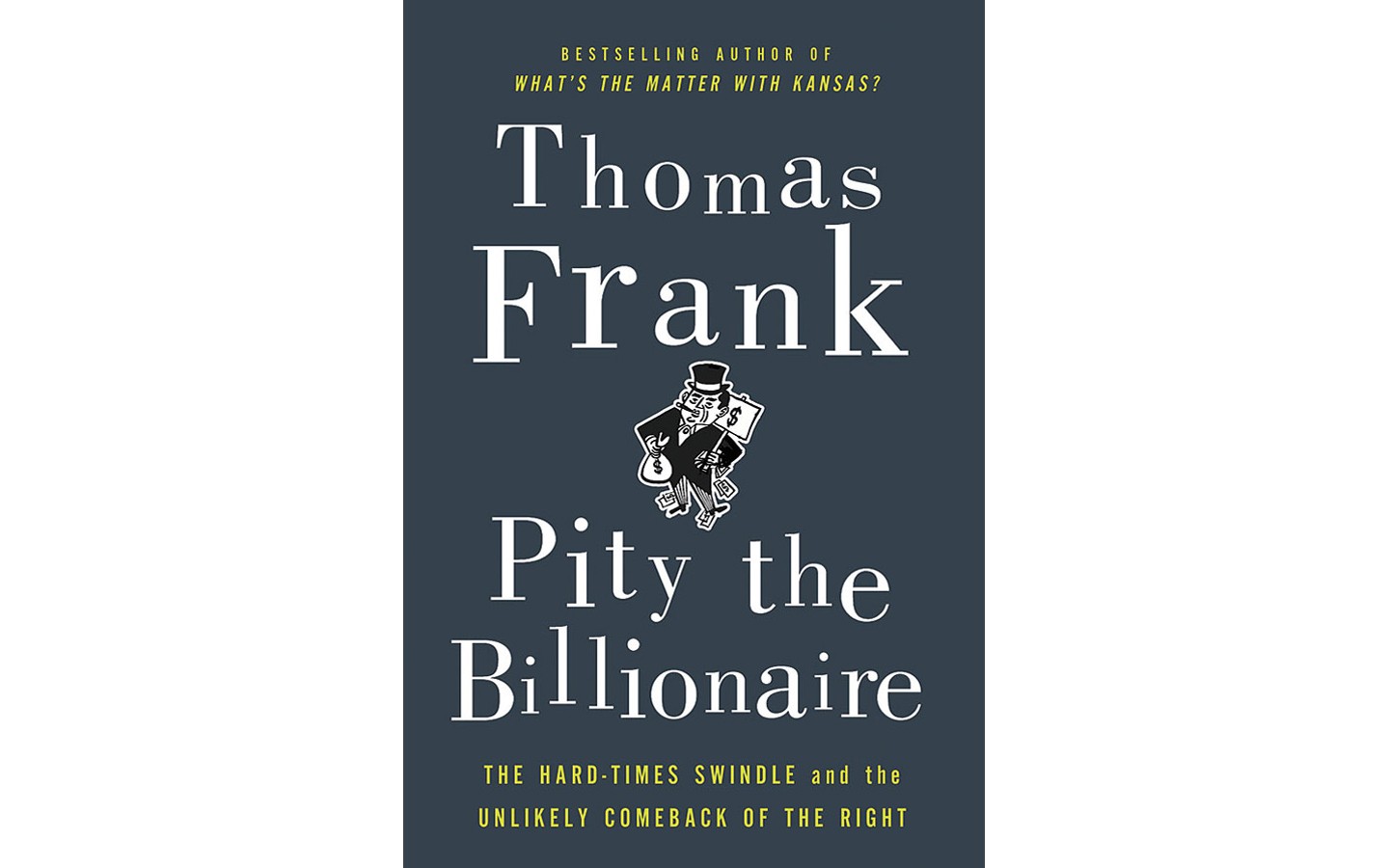 Best known for his book What's the Matter With Kansas?, analyzing the paradox of middle class Americans voting against their own interests, Thomas Franks turns his attention to the recent Tea Party phenomenon, and that monumental paradox of victims of a Wall Street-induced Great Recession rallying for unfettered free enterprise at the precise moment it "has proven itself to be a philosophy of ruination and fraud."

His answer is unconventional. While other commentators note the apocalyptic tendencies of Tea Party members, Franks writes that they're really utopian, and their utopia is a free enterprise that never was or could be. So facts don't interfere with their faith in it.

Franks shows how this utopia is based on the idealization of small businesses, which unfortunately has little to do with super-corporate capitalism and international finance. But to adherents, free enterprise failures are due to sinister forces: Big Government and its "crony capitalism" partners, socialism and liberals in general.

This conviction feeds a closed circuit of grievance and self-pity, which Franks say "has become central in the consciousness of the resurgent Right." Victims of the class warfare conspiracy include the world's wealthiest capitalists -- "the persecution of the Koch Brothers," who fund right wing causes and candidates with their fossil fuel fortunes. "Pity these billionaires, reader."

Franks illuminates a related mystery, the phenomenon of Glenn Beck. The first time I saw Beck on TV I knew he was principally an actor, and Franks adds the telling detail that Beck's hero is actor/director Orson Welles, particularly for his War of the Worlds radio broadcast which panicked listeners who thought the Martian invasion was real. According to Franks, Beck relentlessly cast liberals as the Martians, and Barack Obama as leader of the alien invasion.

Besides being entertaining enough to slightly distract from the depressing content, Franks' overall analysis is nuanced, complex and convincing but still incomplete. He doesn't fully explain the logical connection between free market utopianism and fundamentalist Christianity. But most importantly, he barely mentions race as a factor -- which is especially puzzling to me, since it was by reading Franks' earlier work that I recognized the suburban euphemisms and undercurrent of dog whistle racism that seems to me to be a very big part of what's going on now.

Franks faults Democrats for not acting more forcefully and failing to provide a compelling Great Recession explanation, creating a vacuum that the Tea Party filled. His account ends with the infamous debt ceiling fight. Since then the Tea Party has waned, Occupy Wall Street has risen, and a liberated President Obama has a different kind of populist message. Still, this book provides useful explanations for Mitt Romney's candidacy and Newt Gingrich's politics of rage and grievance.