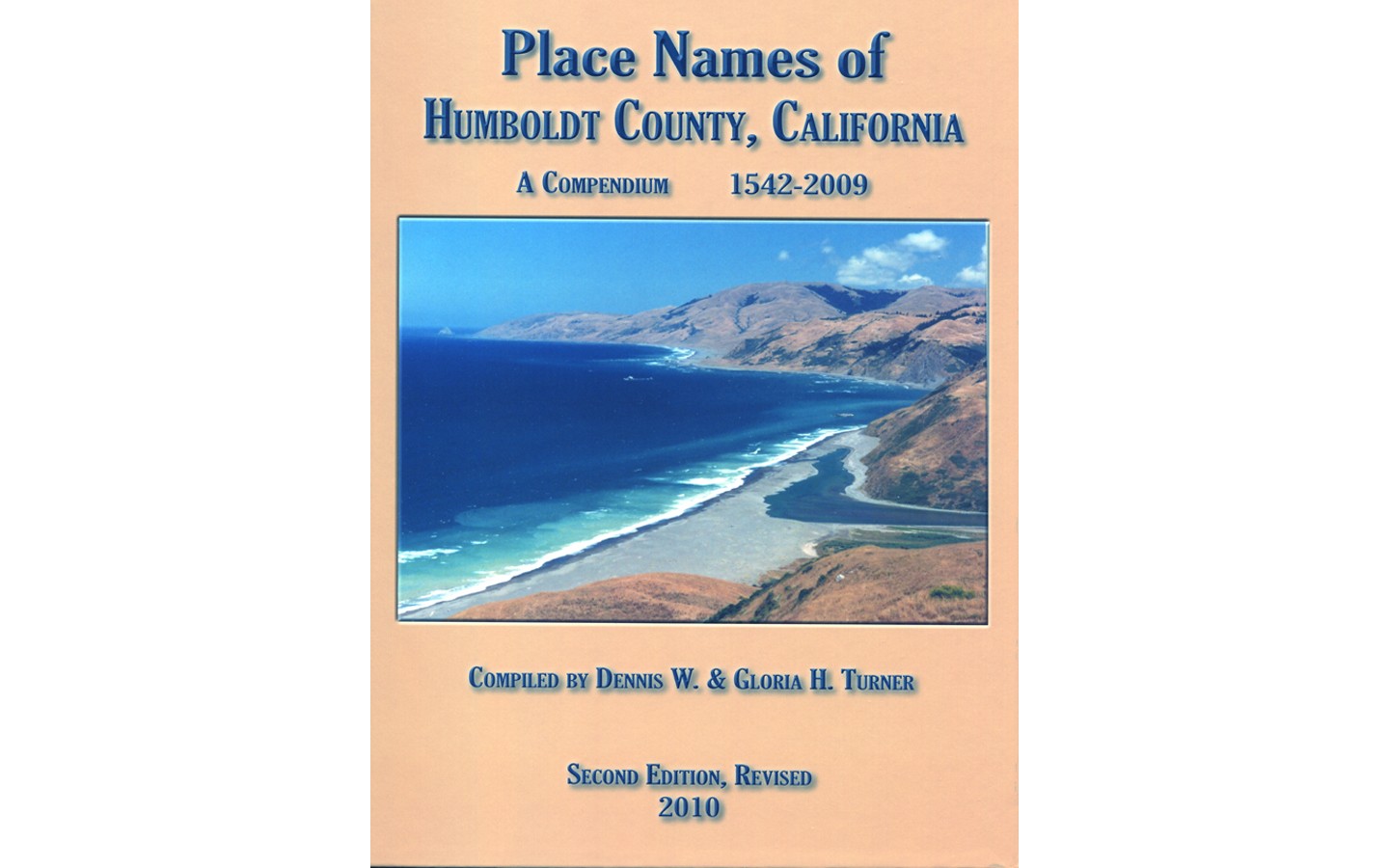 The title of this new edition of the Turners' book is too modest. Although their 304-page geographical history contains thousands of Humboldt County place names, each name also gets its own paragraph of concise historical information, a detailed list of references, and sometimes even a photo. Take, for example, the town of Crannell, known to most of us as only a name on an exit ramp north of Clam Beach. In one concise paragraph, the Turners tell us that the place was first named Bullwinkel, that it was owned by three different timber companies, and that it was named for Levi Crannell, president of the company that bought the site in 1906 from Conrad Bullwinkle (they note the difference in spelling) and built the mill there. A Merle Shuster aerial photo shows Crannell in 1947, and there are references to 15 articles telling more about the place. The casual reader can thus spend five minutes learning the basics about Crannell while the serious researcher, using the Turners' citations, can easily spend five hours or more.

So it is that Place Names of Humboldt County becomes a portal to the past. Those of us who have spent any time in the area know that the county pulsates with history -- neighborhoods filled with century-old Victorians, remote ranches astride dusty roads, abandoned schoolhouses and bridges from another era -- but the Turners broaden and deepen our knowledge with images and information that reveal what is no longer present. We see Martin's Ferry when there was no bridge there but instead an actual ferry; we learn that there was once a town named Eel River but that anyone now alive knows it only as Rohnerville; we find that now-vanished Humboldt City (which lasted barely a year) was written about on at least 21 occasions. Open the book to any page and you can travel across 50 miles of countryside and back 150 years in time.

The Turners published the first edition of Place Names in 1993. This second edition shows how they have spent the intervening 17 years: making corrections, gathering new information and photos, polishing what was already a bright and shining book. There are hundreds of additional entries in the new edition, and numerous new images, most noteworthy a number of Merle Shuster's magnificent aerials and contemporary shots by Gloria Turner.

Unlike its predecessor, this new edition is hardcover. It was a necessary improvement, for most readers will refer to Place Names so often that anything less sturdy would soon be worn out.

Note: The Turners will be signing copies of Place Names on Thursday, Dec. 2, from 4 to 6 p.m. at the Humboldt County Historical Society, 8th and H Sts., Eureka.