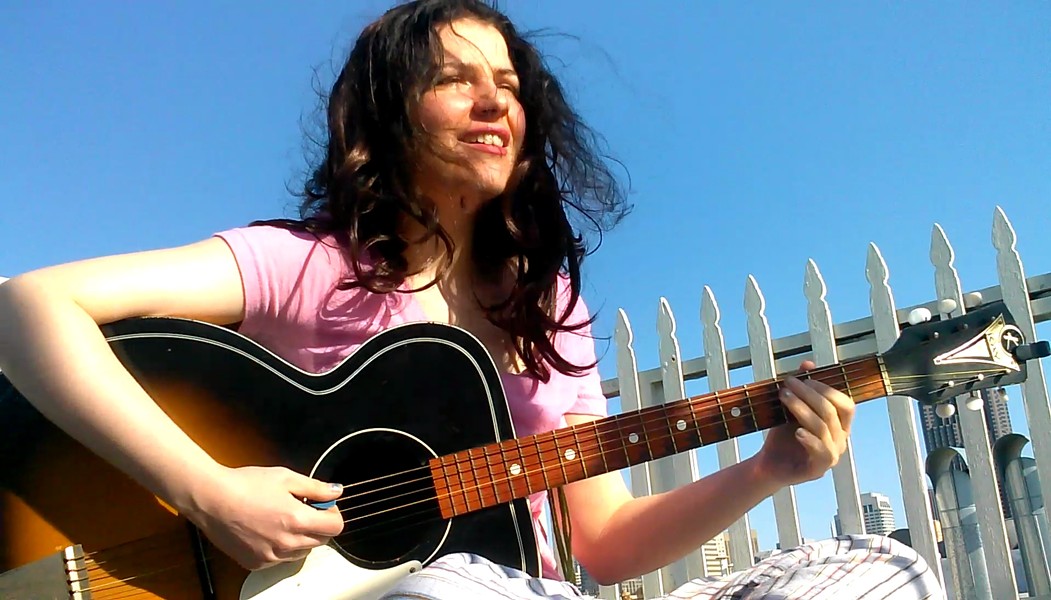 On the upside, the Van Duzer Theatre provides a respectable venue for the bigger-name acts that HSU's Center Arts succeeds in bringing to town. On the downside, something about the room inflicts a certain sedate, even prim, self-restraint upon audiences. The default vibe is that of sitting still and clapping politely. Perhaps it's the lack of booze for sale or the missing dance space. The Van Duzer works as a perfectly pleasant way to view plays and acrobats, but as place for music, everyone has to give a little bit more to transcend the entrenched stuffiness of the place — and with the release last Friday of Center Arts' upcoming schedule, you'll want to try.

Pro tip: Seating is key. When someone tells you how amazing a show at the Van Duzer was, find out where they sat. (Chart here: www.humboldt.edu/centerarts/seating-chart.) Odds are heavy that it was down in front and close to the center. If you're the sort of person who cares more about sharing the experience with your fellow crowd members, then sure, sit anywhere. If you want to actually feel engaged with the performers, sit where you can see them without squinting or cocking your head at a weird angle all night. Some venues don't have a bad seat in the house, but the Van Duzer is not on that list.

That said, here are some of the musical highlights from the coming season at Center Arts: Cake, Jimmy Cliff, Emmylou Harris and Rodney Crowell, Reggie Watts, Andrew Bird, Lyle Lovett and John Hiatt, plus, of course, a variety of classical, jazz, fiddle and orchestral acts. Get your tickets — and your good seats — early. Full list at www.humboldt.edu/centerarts.

In more buy-your-tickets-now news, Reggae On The River tickets are on sale. After five years of "exile," the 29th annual Reggae On The River returns to its original French's Camp location. The fest runs Thursday, Aug. 1 through Sunday, Aug. 4. Nuts and bolts: All tickets come with the option of camping on site. The four-day tickets for $250 are almost sold out, but plenty of three-day tickets ($190) remain — for now. Line-up includes Julian Marley and The Uprising Band, Morgan Heritage, Tarrus Riley and Blak Soil, Anthony B, J Boog and Hot Rain, Sierra Leone's Refugee Allstars and tons more. Take your eyeballs to www.reggaeontheriver.com for the whole shebang and even more info.

Ex-Cult is the Memphis band formerly known as Sex Cult, who offer "a fresh take on the darkened, deadpan corners of noisy 1970s proto-punk." The band lands at the Shanty on Saturday night. Intrigued? Need more? Those of you who are up on your DIY garage bands past, present and future should be impressed that Ex-Cult's eponymous debut album was produced by Ty Segall after the band (then Sex Cult) wowed him at SXSW. The band's since received glowing reviews on all the notable hipster music blogs: Pitchfork and Brooklyn Vegan, for example, and on Spin.com, where you can stream Ex-Cult's "Ex-Cult" to your heart's content. Why is a band with national attention hitting the Shanty? In large part, no doubt, because Ex-Cult is associated with former Eurekan Michelle Cable's Panache Booking — and also because if you're in a band offering a fresh take on the darkened, deadpan corners of noisy 1970s proto-punk, where the hell else are you going to play? Cover's $5. Eureka Garbage Company is rumored to open. Be good to the bartenders.

The Siren's Song was the newest E-town tavern as of press time, that is. At the rate bars, cafés and restaurants are popping up in Down- and Old Town Eureka — Eureka Rising! — the mostly-beer-having-charmingly-askew-quite-comfy-high-ceilinged pub might be further down the list by now. It certainly feels like it's been around for a while, in all the best ways. The same goes for Lyndsey Battle, whose live shows have already entrenched her in the heart of local music aficionados, most notably KHUM 104.3 FM's midday host Mike Dronkers, who gave her a Sunday morning radio slot and has been raving about her new album, "All Ways in a Good Way."

As of Monday, according to her Facebook page, Lyndsey reached her Kickstarter goal of raising $3,000 to release her album — yay! You can pick up your copy tonight, Wednesday, June 19, when she plays Redwood Curtain's tasting room, or Saturday when she performs at Siren's Song, 9 p.m. to 11 p.m. Both shows include her regular musical partner Cory Goldman on banjo and guitar, plus special guests. Should be an outstanding time.

Meredith Axelrod, singer of early jazz and pre-1930s American pop music, performs at Missing Link Record Store on Monday, June 22 at 5:30 p.m. She accompanies herself on guitar, ukulele and banjo, and is reputed to be so good at what she does that you'll swear she's time-traveled to bring the past to us.