Plato's Revenge: Politics in the Age of Ecology 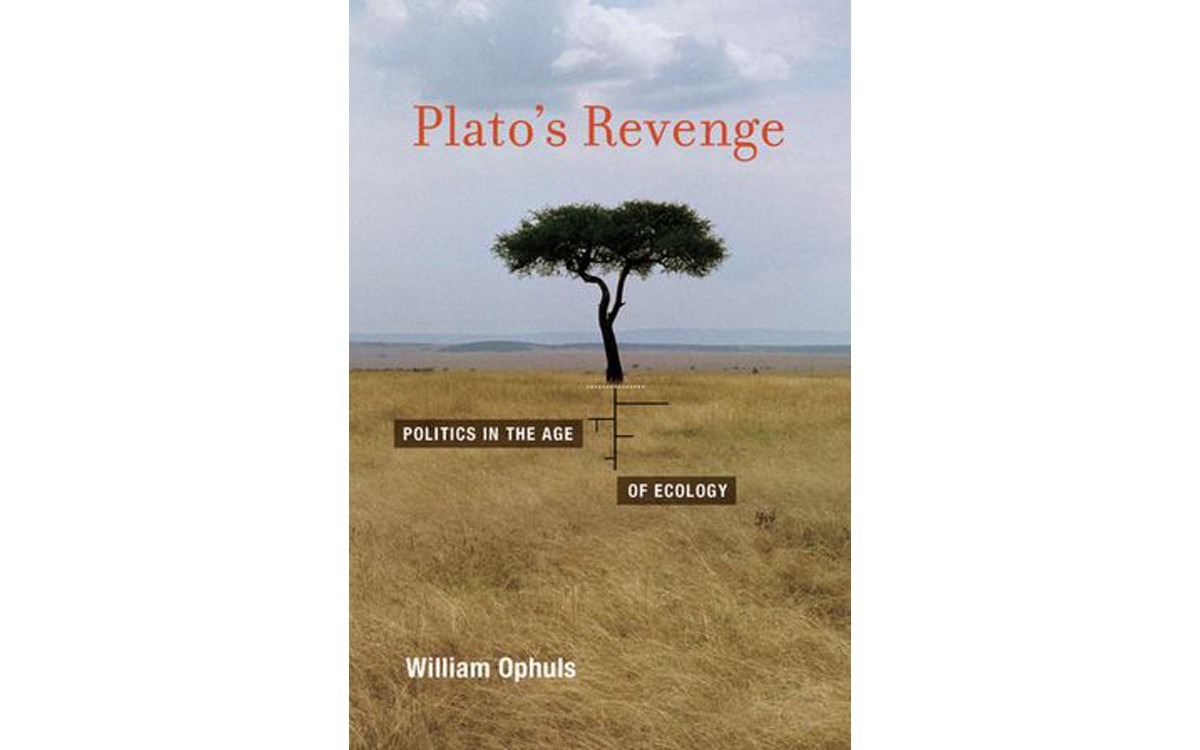 If a stream of recent books are correct (I've reviewed several here, by David Orr, Bill McKibben and Paul Gilding), much of this century is going to be significantly and catastrophically different from today, due primarily to energy and ecological limits amplified by the climate crisis. The authors all made strong cases for what is likely to change, but less impressive suggestions on how to think constructively in the coming context.

Now there's another generation of books that take a deeper and more comprehensive look, however preliminary, at what might constitute a way forward in the inevitable cultural shift. Two very impressive ones have been published almost simultaneously by MIT Press. This is a brief review of the first, by political scientist and veteran author William Ophuls.

He starts with the stark if now familiar premise: "Modern civilization lives on depleting energy and borrowed time. Its day of reckoning approaches." So we need a new ideal that "makes a virtue out of the necessity of living within our ecological means." In this very blunt book-length essay, Ophuls puts the emphasis on the word "virtue." Our failures can't be remedied by "smarter management, better technology and stricter regulation" because they are supported by "a catastrophic moral failure that demands a radical shift in consciousness."

Ophuls does not develop a new futuristic system replete with its own jargon. He critiques the failures of our simplistic cultural context. And he returns to forgotten sources in the currently ignored classics of western civilization for conceptual tools that might equip us to deal with the onslaught of rigorous change. Yet this isn't a scholarly rehash either: It uses these ideas together with current ecological understanding to inform decisions on how we should live and organize ourselves and cope with a future of immense challenge.

His chapters examine "law and virtue," ecology, physics, individual and cultural psychology, and politics in the larger sense of how societies are organized. Plato, Thoreau, Thomas Jefferson, Rousseau, Jung and other ancient, modern and contemporary thinkers are consulted.

But he proposes neither an intellectual new order nor a return to some bookish Golden Age. He argues for adherence to better interpretations of natural law, and for a balance found in Thoreau: "The civilized man is a more experienced and wiser savage" who forgoes superfluities for "a life of simplicity, independence, magnanimity and trust."

To me there is something very encouraging about his general approach. It says that even in the intensity of the coming confusion, we have the tools to think and feel our way out of it. Ophuls bravely and succinctly offers his synthesis, which at the very least is a well-constructed springboard to fruitful debate and further thought.