It ain't enough by a long shot, but the Copenhagen Accord was neccessary 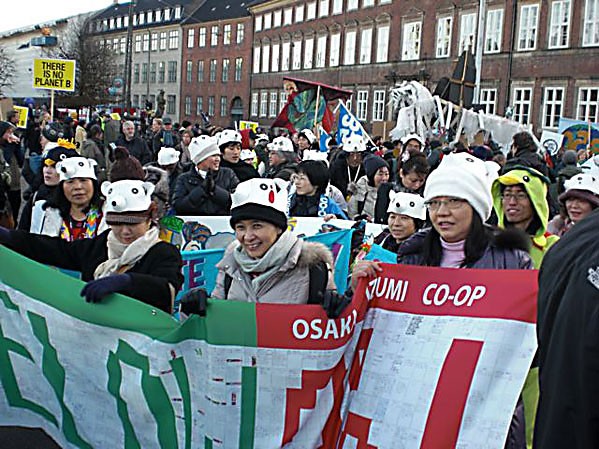 The main outcome of the two week "Climate Summit" was a document called the "Copenhagen Accord." The two-page document contained approximately 12 paragraphs -- not much to show for two years' work. Expectations leading up to COP 15 alternated from high to low several times. Perhaps they peaked with the arrival of 115 heads of state toward the end of the second week. It is no wonder, then, that almost all of the participants in the conference were disappointed, some of them bitterly so, when so brief a statement with so little specific content was all this great undertaking could produce. And it wasn't even a statement -- it was a "taking of notice," the weakest term in the United Nations' considerable lexicon of agreement.

But was a better outcome possible? Let's look at the facts.

Mitigation. Compared to recommendations of the UN's Intergovernmental Panel on Climate Change -- a minimum 20 percent reduction of greenhouse gases by the year 2020 -- what is contained in the Accord is indeed weak. Many developing countries, such as the Alliance of Small Island States (AOSIS) and the African Group were asking for much greater reductions. For people who are currently experiencing grave damage from climatic changes, every delay of action at a level that might actually work is a threat to their very existence.

But the negotiators in the United States could not make any binding agreements beyond what legislation in the Senate had already called for -- only 17 percent from 2005 levels (or 4 percent from l990 levels). Any larger commitment would have been quickly undone by Congress.

Adaptation and finance. Developed and developing countries were separated on the question of how much the former would pay for adaptation -- measures addressed at relieving the worst effects of climate change. Developed countries did not wish to provide assistance at the level that developing nations felt was necessary for their survival. Secretary of State Clinton arrived near the end of the last week with a proposal that would result in a new $100 billion per year fund dedicated to helping the poorer nations, though where and who the funds would actually come from was left entirely vague. The fund would begin operations by 2020.

But China and the Group of 77 (a caucus of developing nations) were calling for $80 billion a year now "without gimmicks," such as the transfer of existing funds into the new scheme. They supported this position view with the concept of "historic responsibility": The existing dangerous situation arose from the GHGs already emitted by currently developed countries. Countries that were not yet developed wanted their fair share of atmospheric space. This would require both large GHG reductions by the developed countries and the subsidized transfer of clean energy technologies to the poor countries.

Climate negotiations are complex, and sometimes intractable. The desire for binding targets by states that feel their very survival at stake is entirely understandable. The Alliance of Small Island States (AOSIS) is faced with the submersion of some of their island members, such as the Maldives and Tuvalu. Many African states are experiencing massive climatic changes already that are causing widespread starvation and unsettling of populations.

At the conference I attended a press briefing given by Lumumba Di-Aping, the intense and eloquent Sudanese Ambassador who was representing the Group of 77 and China, a major bloc of the Conference. He called the deals on the table "extremely flawed" and demanded that the developed counties actually commit to a fund that was based on a percentage of their GDP. Anything less would simply "buy coffins" for Africa.

Extremely flawed as the accord might be, would not passing anything have been preferable than passing nothing at all or would having two rival proposals -- the original Copenhagen Accord, supported by Europe, and the deal brokered by Obama -- been preferable? Is the "best" possible? Given the vast differences in the past-deadline time that remained, I think not. The best would have been the enemy of the possible.

Without some kind of agreed statement it have would been difficult to proceed. President Obama called the Copenhagen Accord a "first step"-- a necessary intermediary to 2010's COP16 conference in Mexico City. It is to be seen then if the Copenhagen Accord will bear the fruit to help heal our planet. It will only work, though, if another enormous step is quickly taken -- not by our leader, but by us.

The top-down approach of the United Nations Framework Convention on Climate Change is not alone going to bring about the prompt and massive changes we need to avoid the worst of climate change scenarios. There needs to be a massive and almost immediate bottom-up push for our survival through combating climate change -- from communities, towns and cities, states and provinces, regions and nations and groups of nations.

This push needs to happen worldwide, but nowhere is it more needed more than in the United States. Our "leaders" must be made to understand the inexorable realities of climate change that we face, and take responsible action. Had such broad grassroots action been accomplishment before Copenhagen, the ultimate accord might have had real teeth. This accord at best might buy us one more chance, but this time we need to really prepare.