Do cruise ship champions have a chance? 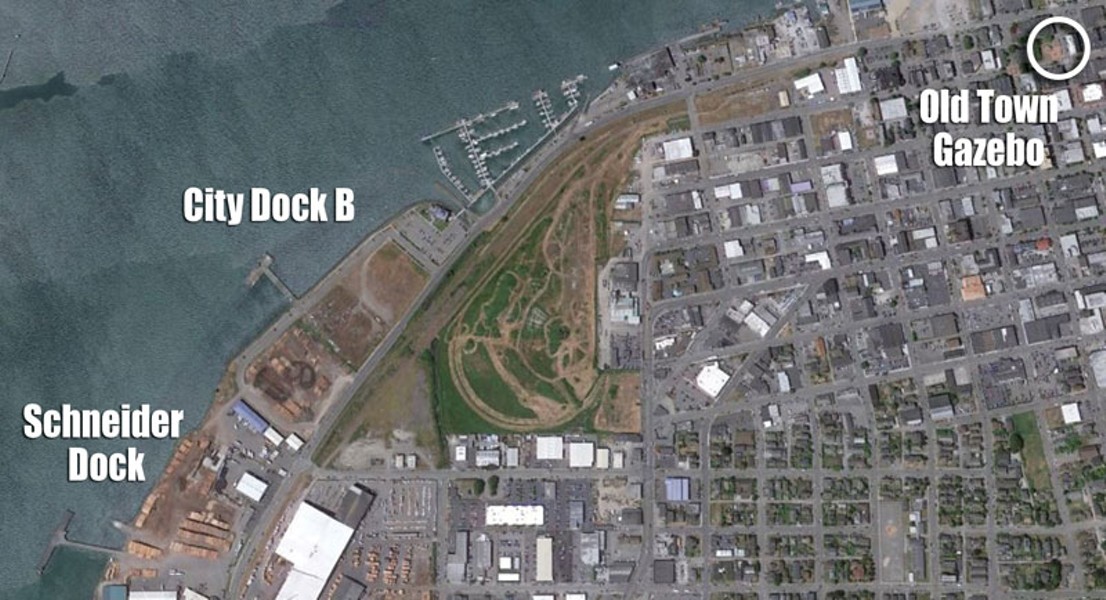 Ah, adventure on the high seas, the salt wind tugging at your hair, dampening your ascot. You walk breezily up the gangway, your next port of call ... the Caribbean? The South Seas? Eureka?

Humboldt County may seem unlikely competition to tropical climes, but some folks think that Eureka is poised to become a big cruise ship destination in the coming years.

The charge is being led by outgoing City Councilman Chet Albin, who recently garnered financial support from the Harbor District, city of Eureka and county government to woo cruise ship captains into Humboldt Bay.

That's a bit of a gamble, especially for two small governments who both recently called on voters to increase taxes to fund fire, police and other services. Eureka also has no dedicated dock to house the giant ocean liners. The cruise industry itself has been through rough waters lately, with onboard illnesses routinely in the media. And there are some concerned about environmental impacts of bringing cruise liners into Humboldt Bay. But, with one berth already scheduled for 2017 and growing community support, there's a decent chance Old Town could be crawling with cruisers by the end of the decade.

Cruises, for anyone who's unfamiliar, are complex trips, far more involved than walking onto a boat and drinking and eating for five days. Captains sail at night, pull into harbors around 6 a.m. and offload the 700 to 2,000 passengers typically on board (those numbers vary on the size of the boat). About 20 percent of cruisers stay on the boat at any given stop, says Albin. Another 20 percent go on pre-arranged "excursions" — tours, adventures, tastings or other highlights of the town that are conducted by local businesses who contract with the cruise line. The remaining 60 percent typically wander around shops and restaurants in town until, around 6 p.m., everyone's herded back onto the boat and the ship embarks for the next locale. It's a whirlwind.

Cruising is a $44-billion-a-year industry in the U.S. alone, according to a trade organization, and California cruising had a huge upswing in popularity in the 1990s. The late 2000s and early 2010s saw a decline in the industry, though the trade association showed that the industry expanded in 2013. The public perception of cruising — 700 people fell ill on ships in January of this year and another 170 were diagnosed with norovirus aboard one of the same ships this month — soured, according to the Los Angeles Times.

Coordinating local infrastructure for cruise ships, as well as developing the cruise lines' interest in Eureka, is falling squarely on the shoulders of Bruce Conner, the vice president of Cruise the West, a partnership of West Coast cities ranging from Ensenada, Mexico, to Victoria, British Columbia plus Hawaii united to bring in that sweet cruise ship money.

Eureka, the county and the harbor district paid a combined $30,000 to hire Conner to lobby cruise lines and to enroll Eureka in Cruise the West. It's unclear exactly how far that $30,000 carries Eureka — Astoria, Oregon's port pays $5,000 per year to be a member of Cruise the West according to the Daily Astorian. Conner's based out of Astoria, which he and other proponents point to as a cruise success story. The tiny town at the mouth of the Columbia River is only about a third the size of Eureka but hosted 16 cruise ships — and approximately 30,000 people — this year. Even more are scheduled for the next two years.

By Albin's estimate — and keep in mind he's promoting the hell out of the thing — each cruise ship brings in $150,000 to $300,000 in tourist spending, dockage fees, longshoreman fees and other cash.

But Astoria's been in the cruise ship game for 30 years, according to an article in the Oregonian. With a $10 million investment in the city's pier, and an army of volunteer "cruise hosts," the town is well equipped to handle big boats.

Eureka has no such infrastructure, which puts the city in a bit of a chicken-egg scenario. Albin says the city's Dock B, west of the balloon track, would be ideal for cruise ships, but it'll need millions of dollars of improvements to handle them. The Samoa Pulp Mill's dock is in great shape — but it's across the bay from town and shuttling people would be complicated and expensive. An agreement has been forged with the owners of the Schneider Dock (a bit south of Dock B), allowing Conner to start booking ships, but that dock is still used to ship timber and isn't available all the time.

But Albin and others are convinced that if they can get a few ships into Eureka — and prove this is a desirable area to tourists and thusly cruise directors — the infrastructure will fall into place. Not to mention that it introduces tourists to Eureka without subjecting them to the South Broadway corridor — a constant source of consternation for some of Eureka's business community.

"Proving that we can provide this for the cruise lines gives us a better chance of getting $5 million or $10 million — whatever it costs to get Dock B revitalized," Albin said.

Jack Crider, the CEO of the Harbor District, came to Humboldt Bay from Astoria in 2012 and praised Conner's work there. Despite "tremendous competition," Crider said the cruise industry is always looking for another stop.

Conner is hard at work selling Eureka. Before the Eureka City Council on Nov. 18, he said he's been promoting the area to cruise bigwigs and ship captains.

"I just use one word," he told the council. "Redwoods."

Actually, he went on, Eureka has more than that, which is why the Cruise the West board unanimously felt that Eureka was an ideal addition to the West Coast itinerary. The deep water, proximity to the ocean and opportunities for tourists should, Conner said, draw in ships that transition from southern waters in the winter to Alaskan tours in the summer. Eureka will be an ideal place in spring and fall for those ships to "reposition." Meanwhile, he said, American cruisers have been abandoning Mexico trips over fears of danger and bad press about swine flu — increasing the popularity of West Coast trips.

Eureka has more excursions opportunities than Astoria, Crider said, and it'll be easier to dock here than Catalina.

But some are concerned about the environmental impacts of the ships. "Historically cruise ships have a pretty terrible track record for doing the right thing environmentally," said Jennifer Savage, coastal programs director for the Northcoast Environmental Center. [Savage is also the Journal's music columnist and a contributor].

Cruise ships produce massive amounts of sewage — 150,000 gallons for a 3,000-person ship at sea for a week, according to Savage. In 2012, federal law made it illegal to dump untreated sewage into the ocean in California's marine waters, which extend 3 miles off shore. (One industry association asks that its member companies voluntarily don't discharge untreated water). On top of that there's bilge water, gray water and tons of solid waste.

While enforcement is tricky, "it's unlikely they're going to come into Humboldt Bay and discharge illegally," Savage said, but added that it's important to try and lure cruise lines that rate well on environmental issues. (Friends of the Earth produces a yearly "Cruise Report Card" which rates lines and ships by sewage treatment, air pollution reduction and water quality compliance.)

Air emissions regulations are scant, though, and according to Outside, the fuel typically used to power cruise ships is dirtier than truck diesel. Savage said that could have a more direct effect on North Coast residents, as cruise ships typically run their engines even when in port to produce electricity.

"It's only been in recent years that [cruise lines] have been forced to be accountable," Savage said. "I would hope that the county and the harbor district would take a very careful look at what they're encouraging."

The week of Conner's city council presentation, he was in town to meet with local vendors and seek out ideas for excursions. He's already putting together a package to pitch to cruise ships: oyster tours, beer tours, Founders Grove, Trees of Mystery, a movies-shot-in-Humboldt tour. He's looking into how to provide security and transportation as well — there's a great deal of coordination, crowd control and screening.

John Prince, the Eureka port director for U.S. Customs and Border Protection, said his office won't be terribly impacted, because most cruise ships will be coming from at least one domestic port before they reach Eureka. "If there is a direct foreign ship — in other words one from Canada or Mexico — then it's going to have a major impact for my office."

Prince said organizers understand this — and even if they do book a foreign ship, it's usually done with years of advance notice.

Finally, Conner said he's begun to talk with local merchants and residents about starting a volunteer cruise host program — ushers, of sorts, to greet and direct the cruisers that disembark but don't go on excursions.

With itineraries planned years in advance, we're unlikely to see anything before 2016, but Crider, Conner and Albin all admit that there's still much work to be done before the first cruise ship can land.

It's clearly not only Albin's passion, but his attempt at a legacy. Appointed to the city council in December 2013, he was defeated in November by Natalie Arroyo who will take the seat in January. Albin recalled that a friend told him he had two choices when he took the council seat.

"You can be a toggle switch," he said his friend told him, doing homework on items that come before the council and voting appropriately. "The other thing you can do is try and make something happen."