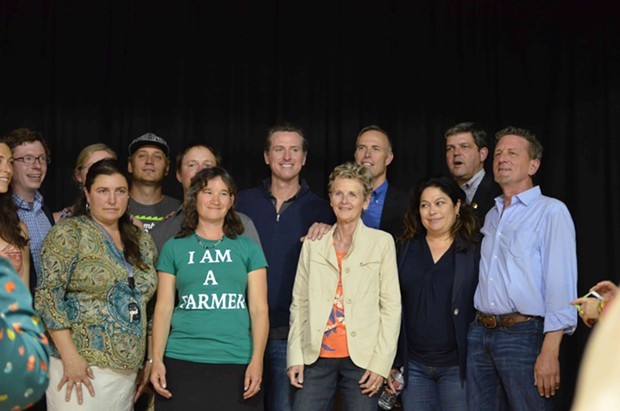 Just weeks after the board of supervisors agreed to craft an outdoor medical marijuana cultivation ordinance, county staff has released a detailed draft ordinance that would create a strict permitting plan for the county's cannabis cultivators.

It's a remarkably fast turnaround for a staff that shared concerns that it wouldn't be able to get regulations on the books by next year. But the draft has raised concerns from the county supervisors tasked with bringing an ordinance to fruition.

At a Sept. 15 board meeting, California Cannabis Voice Humboldt treasurer Luke Bruner urged the county to take action to regulate outdoor cannabis grows, while saying his organization would relinquish its year-long, multi-draft attempt to create a law — which CCVH at one point said it would put before voters if the county didn't approve it.

At the meeting, county staff and supervisors said it would be difficult to draft a law, put it through the public vetting process and enact it by March 1, when new statewide medical marijuana regulations go into effect.

The quick release of the draft ordinance, accompanied by a 66-page mitigated negative declaration, indicates the county may have been working on its own law for some time. But supervisors Estelle Fennell and Ryan Sundberg, assigned to an ad hoc committee to create outdoor cultivation regulations, complained that the draft was different than what they anticipated.

Speaking on the phone recently, Fennell said the supervisors had asked county planning and counsel staff to draft an ordinance based on the CCVH framework and input from environmental groups. But the draft itself doesn't read much like the final iteration of the CCVH draft. CCVH spokesperson Andy Powell told the board of supervisors at its Oct. 13 meeting that the ordinance created "an entry point so burdensome" that cultivators will contine to operate in the black market.

Of most concern to Fennell is the draft ordinance's requirement that people operating grows larger than 2,000 square feet obtain a conditional use permit, which she said may "prove too onerous for people who want to come into compliance."

She also noted the draft doesn't touch on the agricultural commissioner's role in enforcing the ordinance.

Among the highlights of the ordinance:

• Cannabis can only be grown on certain land use zones designated agriculture exclusive or rural residential agriculture.

• Conditional use permits may be issued for grows on commercial timberland, forestry recreation or timber production zones only if the sites existed prior to Sept. 1, 2015 and are brought into compliance with state and county codes.

• Grows with cultivation areas larger than 10,000 square feet will only be allowed on general agriculture parcels 5 acres or larger with particular soils and less than 15-percent slopes. They will also have to provide documented water rights or non-diversionary water sources.

• The ordinance as drafted contains a complicated tier structure for grows located on different types of parcels and ranging up to 43,560 square feet in canopy size.

• Cannabis cultivation will not be principally permitted — grows from 500 to 2,000 square feet will require a "special permit," while smaller grows will require zoning clearance certificates.

• Permit applications will require detailed cultivation plans, photos of the operation prior to Sept. 1 2015, consent of parcel owners, setback plans, consent for onsite inspections, and agreement not to divert water between March 1 and Oct. 30.

The bill will be reviewed by the county planning commission on Nov. 5. Fennell says the supervisors have asked the commission to complete its review of the draft by the beginning of January — giving the commission two regularly scheduled meetings to do so.