Under new bail scheduling, selling weed could now cost you more than beating up your grandma 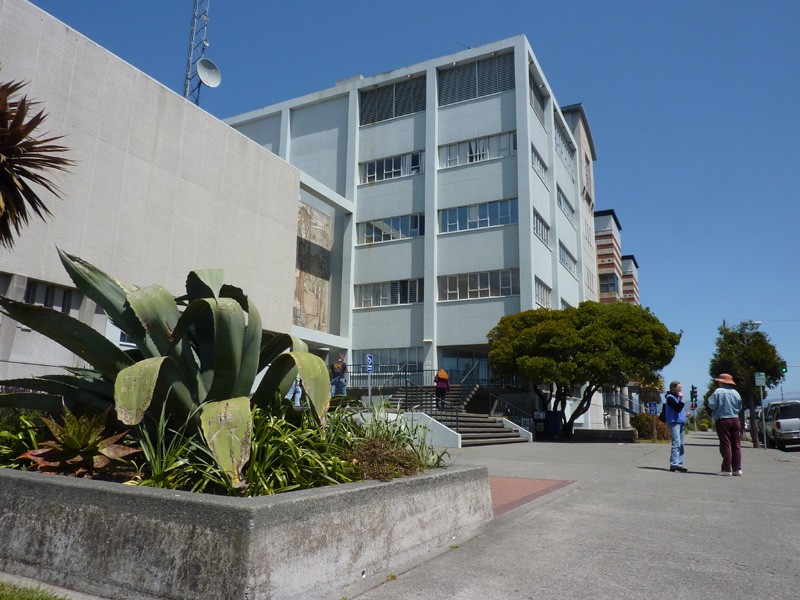 New bail scheduling for Humboldt County drastically raises the stakes on marijuana-related felony arrests, making it more expensive in some cases to bail out on a marijuana possession charge than on such crimes as violent felonies against the elderly, battery of a police officer and involuntary manslaughter.

The scheduling, which has been in effect since the end of March, has been met with surprise and indignation from members of the legal community, who question both the effect and the constitutionality of the move.

"It's crazy," said defense attorney Jeffrey Schwartz. "It's gonna cost the county more; it's gonna keep more people in jail." Schwartz said that under the new scheduling, bail for marijuana arrests is among the highest in California. "Relative to some other, more conservative counties it's harsher," he said.

"In a county where a patient may possess up to three pounds," Schwartz said, "setting a $75,000 bail for two pounds more than that seems unwise at best." The most telling comparison, said Schwartz, is between the marijuana-related bail and the bail for violent crimes. Bail in Humboldt County is set at $50,000 for involuntary manslaughter, $25,000 for battery on a cop, $50,000 for violent felonies against the elderly, and $50,000 for terrorism.

"There is no statistical or other benchmark information of which we are aware that would justify this increase," Schwartz said.

Manny Daskal, another local defense attorney, said that the county needs to prioritize which criminals it wants to keep in jail, and bail scheduling should reflect that. Although the marijuana trade can involve violence, Daskal said, the arrests made are typically for non-violent crimes. "Do we want people charged with non-violent crimes taking up space in our jails?"

Another problem with the new scheduling, said Daskal, is that it's ambiguous, which gives the arresting officer a lot of wiggle room. "There's a weight scale now," he said, "which kind of leaves it up to the policeman."

The schedule doesn't specify between wet, unprocessed buds, and dry, processed marijuana. Bail in many marijuana arrests is set according to the weight reported by the arresting officer. Daskal and Schwartz both said, however, that an officer could report 25 pounds of marijuana seized, and bail would be set accordingly, but if that 25 pounds included stems, leaves, and roots, then in drug-trafficking terms it really is not comparable to 25 pounds of dried, processed buds.

The difference between reporting only market-ready product and wet, unprocessed plant matter could mean a much higher bail for the arrestee. "How much discretion does this place with police to say how high bail will be?" Daskal asked.

Besides possibly giving police more influence over pretrial proceedings, Daskal said raising the bail on marijuana-related felonies may not even be constitutional. He cited the Eighth Amendment, which states, "Excessive bail shall not be required, nor excessive fines imposed, nor cruel and unusual punishments inflicted." The purpose of bail, he explained, is to make sure people show up to court. Daskal believes that the new bail scheduling may be excessive since, in his experience, people accused of marijuana-related crimes tend to be low flight risks.

"Maybe they're seeing marijuana cases as more of a danger to the community than I would," he said. "The dangers of marijuana flowing in and out of the county must be what they're looking at. But it's out of synch with the rest of the state."

Former deputy district attorney Kathleen Bryson said that the local private criminal defense board will try and get the judges to reconsider the bail scheduling, but for now anyone arrested for a marijuana-related felony will just have to pay the higher bail. "We don't know why the court did it," she said. "We don't really understand the reasoning behind it."

Humboldt State University Associate Professor of Sociology Josh Meisel said that raising bail on marijuana-related felonies to a level higher than bail on some violent crimes sends a mixed message. "What does that represent symbolically?" he said. "In some ways bail represents the state's belief in the seriousness and dangerousness of the crime."

Meisel said that in battling social ills, whether drugs, gangs, or violence, the government often tries to increase the consequences to a degree that they deter potential criminals. He said that hiking the bail could be an example of that principle. "Whether it's going to be effective," said Meisel, "I doubt it."