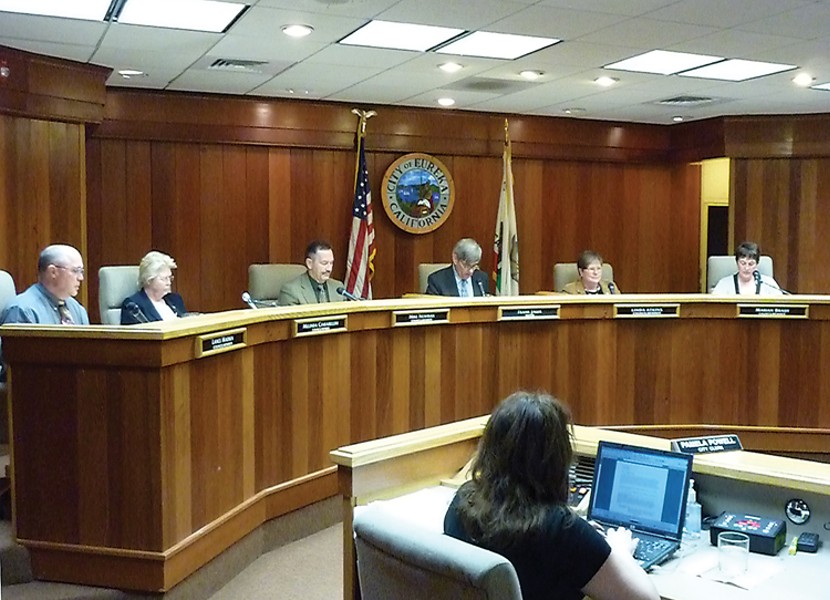 In Eureka this year, politics got ugly. Or uglier, if you prefer. It actually started at the tail end of last year, when the new conservative majority on the City Council torpedoed the previous council's decision to buy the empty, deteriorating Jefferson School and hand its management over to a West Side community group. That caused some bitterness and hurt feelings, though it worked out OK in the end: The West Side Community Group simply purchased the school itself.

But things really got nasty in June when popular Eureka Police Chief Garr Nielsen was suddenly and unexpectedly fired by City Manager David Tyson. Without an official explanation, local residents were left to dig through the dirt looking for clues. And the dirt was abundant.

During Nielsen's four-year tenure he managed to achieve his primary directive -- namely, cleaning some of the stink off of a department that had seen five officer-involved shooting deaths in a span of 15 months. But in the process, Nielsen made enemies within the department, one of whom accused him of sexual harassment (a charge that didn't stick) while another created an anonymous blog to make salacious allegations about the chief and a subordinate female officer. That officer, a dispatcher named Tawnie Hansen, ultimately sued the author of the blog. She also sued Tyson, the city manager, claiming that he'd made unwanted sexual advances toward her and that he deliberately slow-played an investigation into the blog because he was jealous of her rumored relationship with Nielsen. Tyson denied the allegations, but the city settled the suit for $200,000.

With this lurid backdrop, Nielsen's firing drove a wedge into the community, which dutifully fell into its established political camps. Nielsen's supporters came primarily from the progressive side, including perpetually out-voted Councilmember Linda Atkins, who made waves at a June 27 community meeting when she volunteered to help citizens circulate a petition calling for Tyson to be fired. But Tyson had backing from the conservative community, including the other four members of the City Council, who quickly voted to affirm his decision to fire Nielsen.

In September, Nielsen filed a claim against the City of Eureka alleging contract violations. The City Council voted to reject the claim, sending it off to court. Nielsen has returned to his previous home state of Oregon, but the whole sordid mess will no doubt play into the reelection campaigns of Atkins and fellow councilmember Melinda Ciarrabellini next year.