Power to the Peeps 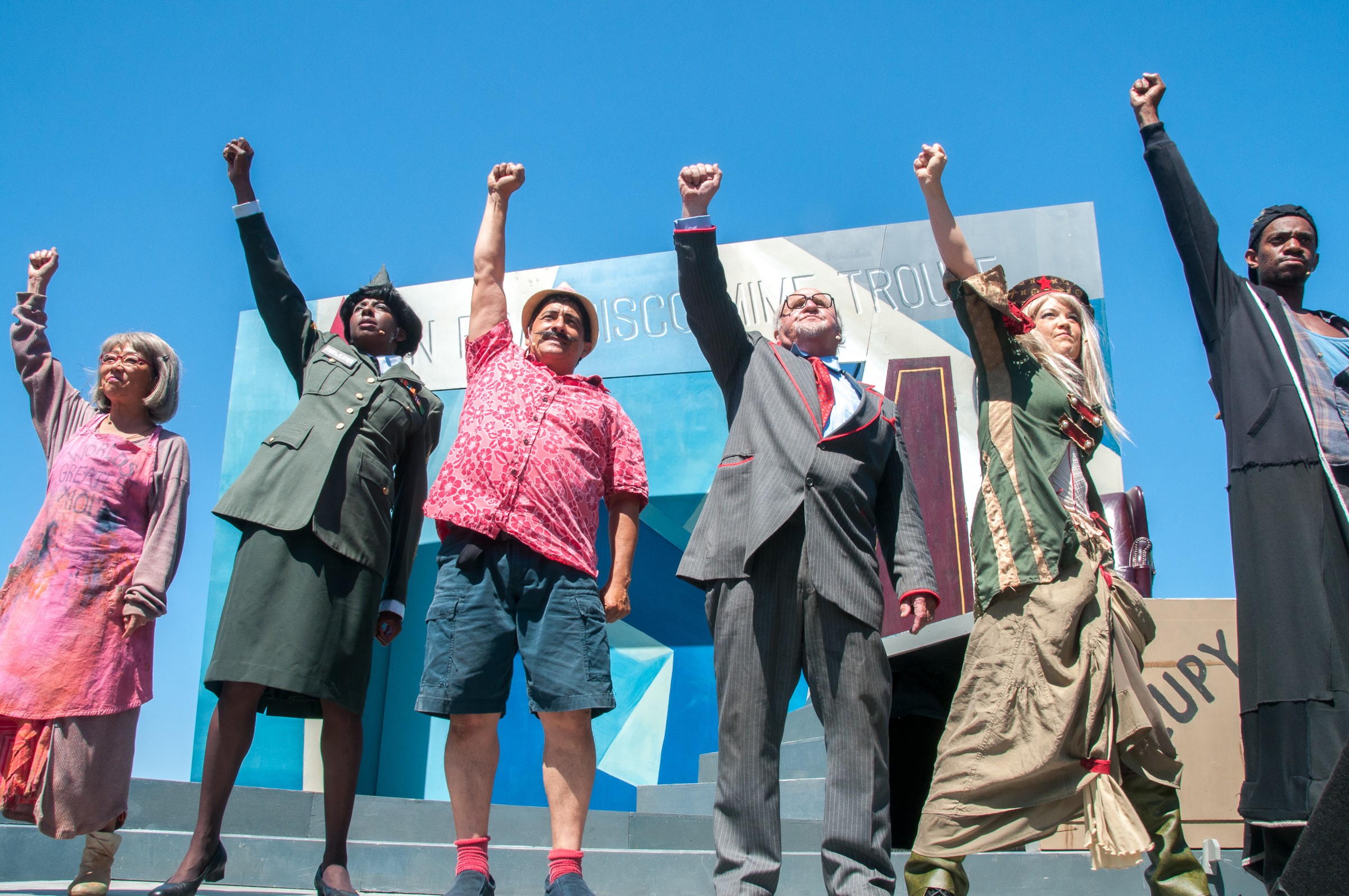 Between the Barclays Bank/LIBOR rate-rigging affair and the HSBC money-laundering scandal, the banking industry and bankers in general have been facing some bad press of late. So it's no surprise that the always-topical (never silent) San Francisco Mime Troupe features crooked bankers in its latest musical, For the Greater Good or The Last Election.

The fact is, crooked bankers and financial crises are not exactly new, nor are they a new topic for theatre. The Mime Troupe borrowed the basic plot for the new show from a play, The Poor of New York, written by Irish playwright Dion Boucicault in the mid-19th century, around the time of another major worldwide financial downturn. "The Panic of 1857" was the world's first global economic crisis, with a declining international economy leading to trouble on the domestic front with bank failures and massive unemployment.

Boucicault's melodrama concerned the shifting fortunes of a not-too-honest banker and his clients. Trusted with the fortune of a wealthy family, the banker manipulates the books so he gets rich while the family becomes destitute. The play was universal enough to be restaged in England subsequently where it was titled The Poor of London and later The Poor of Liverpool.

Mime Troupe playwright/director Michael Gene Sullivan turns things around, telling the tale from the point of view of the "Godzillionaires," with the bankers as a maligned, oppressed minority. As the Mime Troupe puts it: "Pity the poor one percent! Abused in that sliver of press they don't own, condemned in the streets by a rabble to who don't appreciate the benefits of being trickled down on, raked over the coals by the few politicians who aren't lined up to kiss their wealthy, powerful butts."

The "rabble" here have joined the Occupy movement, and of course, this being an election year, you can expect reference to Citizens United and rousing songs like "Take Back America." Pat Moran supplied music and lyrics for the show; he also plays in the band alongside Michael Bello and Joel Fadness.

The Mime Troupe's summer tour of For the Greater Good or the Last Election comes to the Mateel Community Center in Redway on Saturday, July 28. The Mime Troupe band performs at 7:30; curtain time is at 8 p.m. The Mateel folks invite you to come early. Doors open at 6:30 for an "all-American" dinner: barbecued chicken (or tofu), garlic mashed potatoes, corn on the cob, cole slaw and apple pie (or vegan apple crisp). Tickets are available at the door only. More info at www.mateel.org.