Humboldt firefighters weigh in on the 2016 fire season 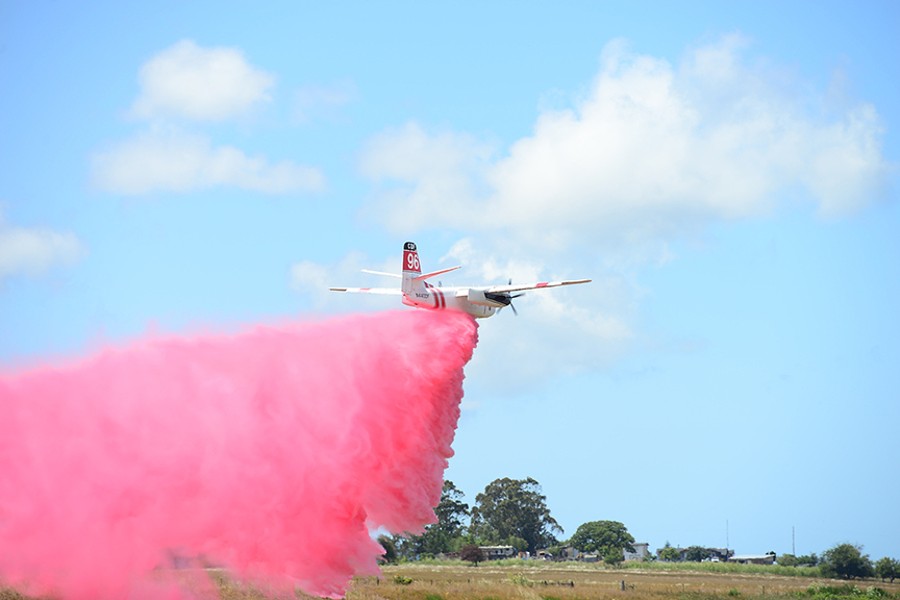 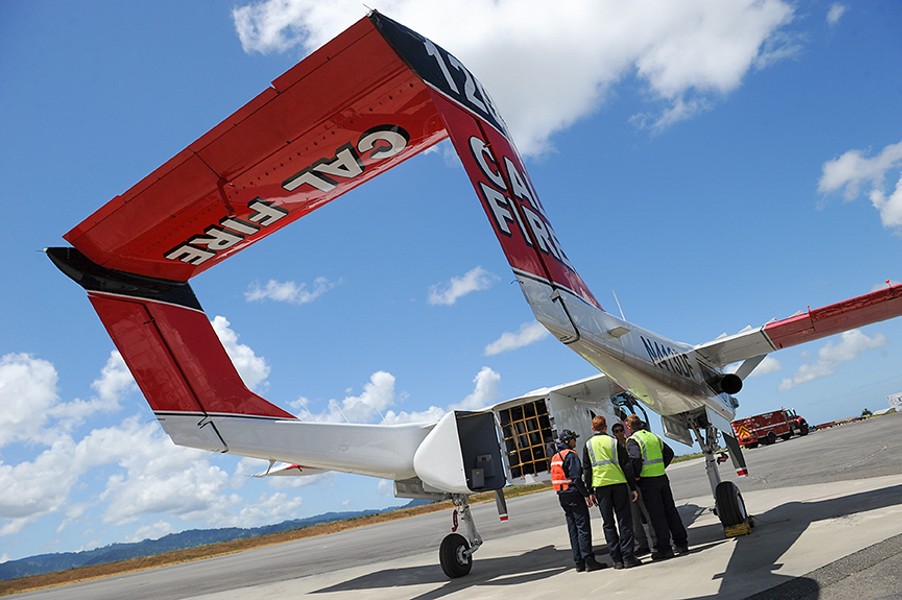 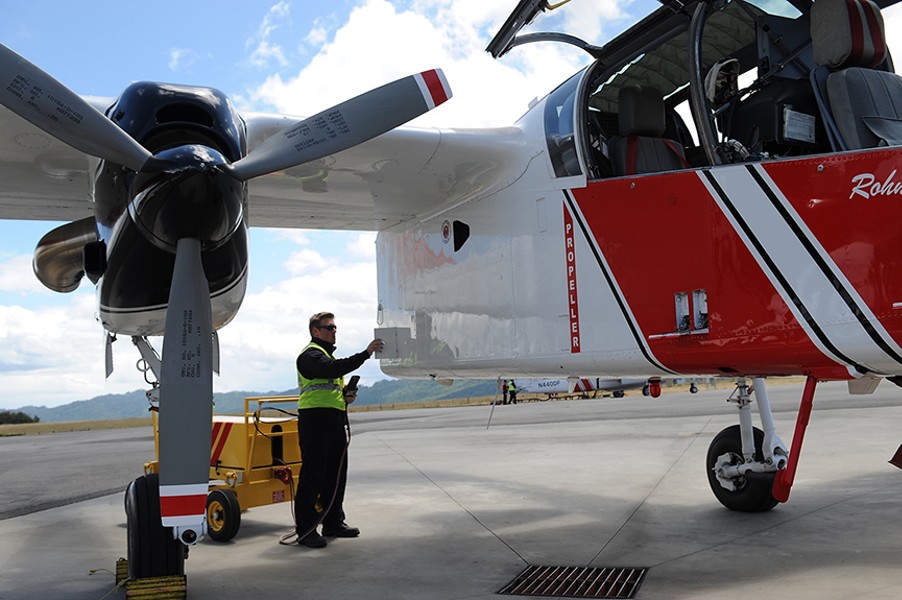 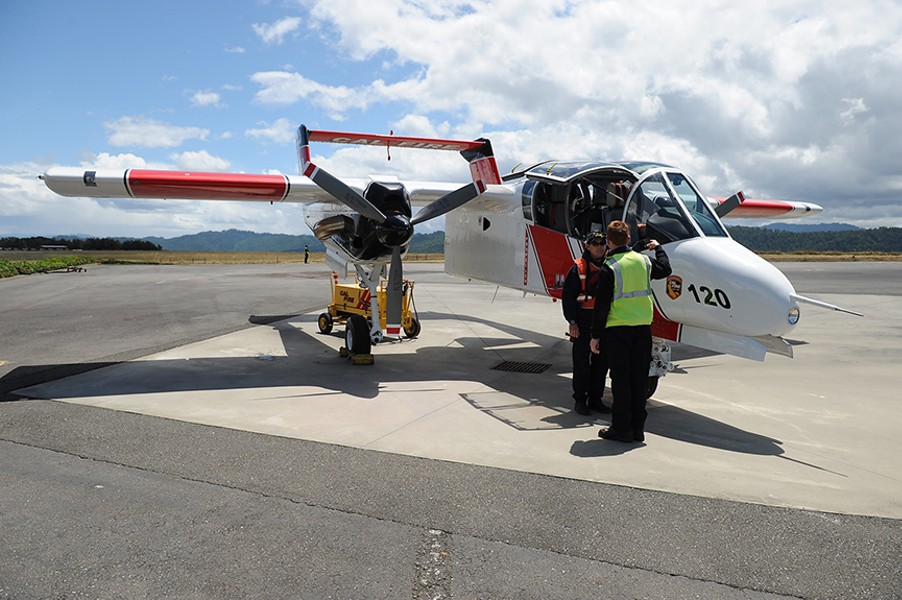 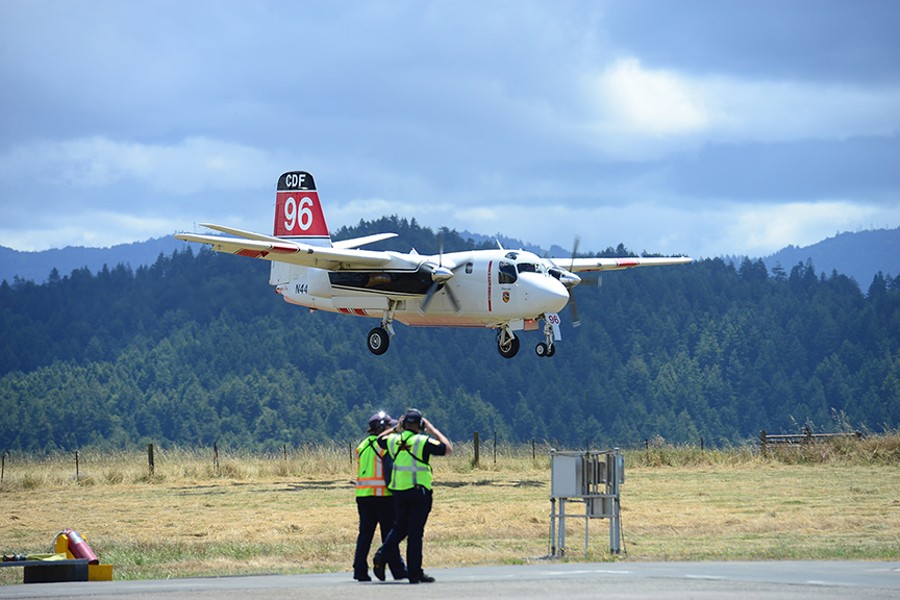 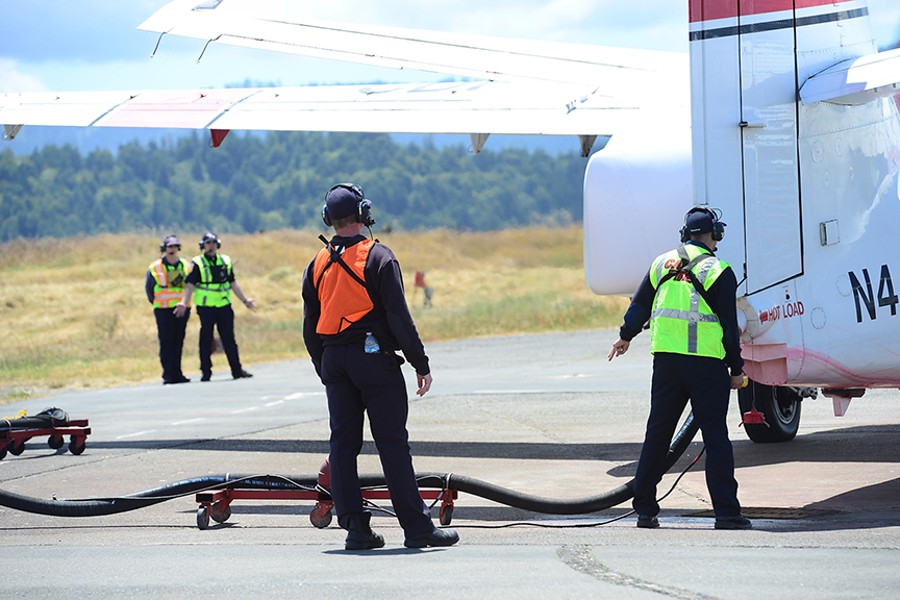 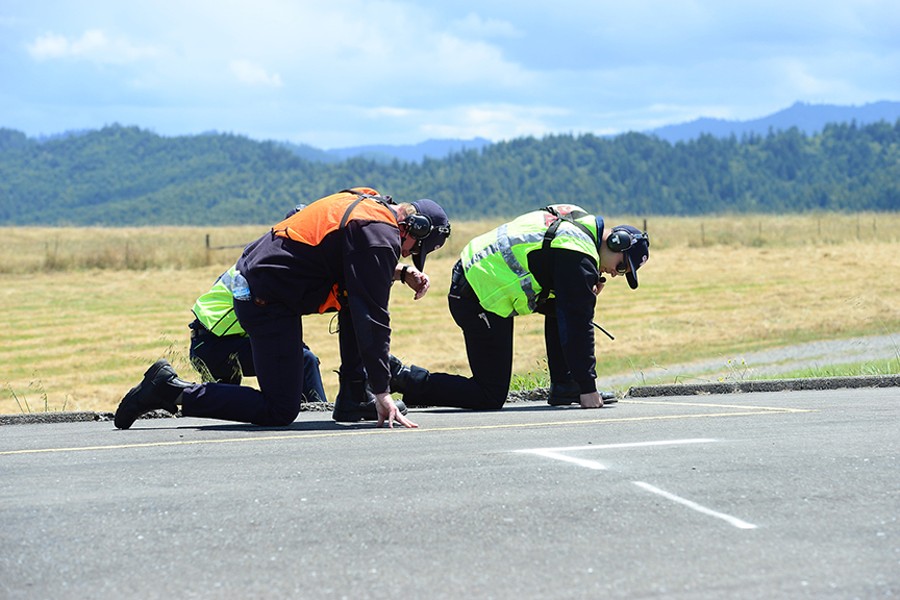 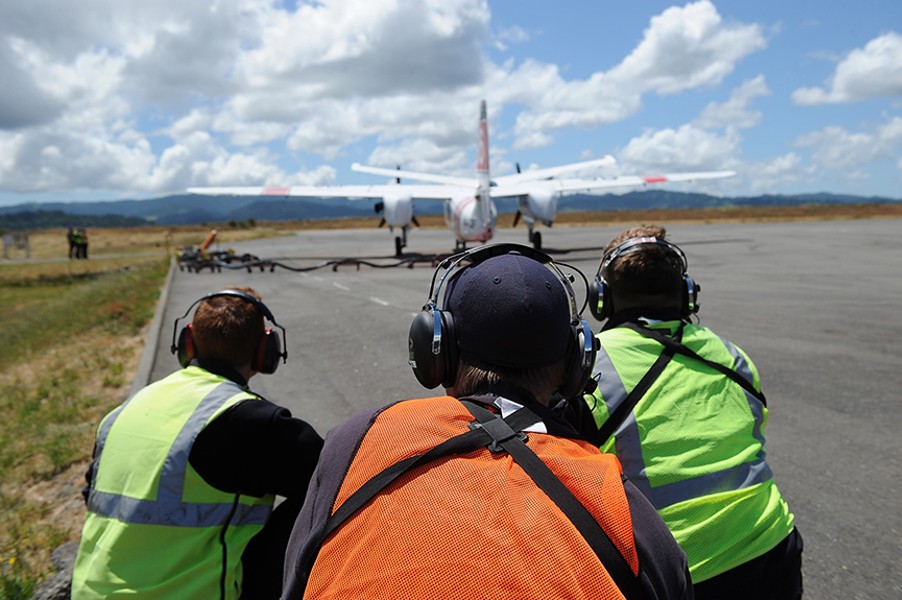 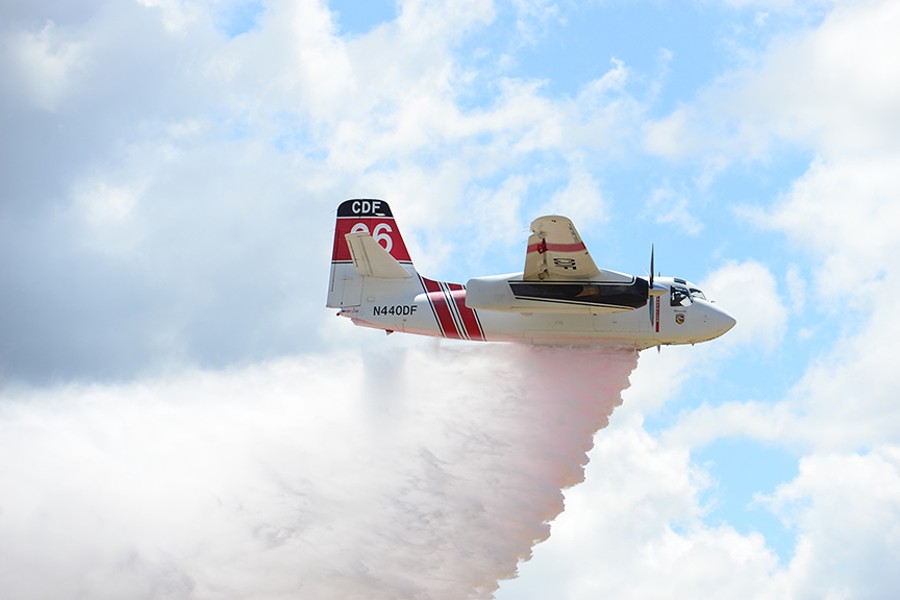 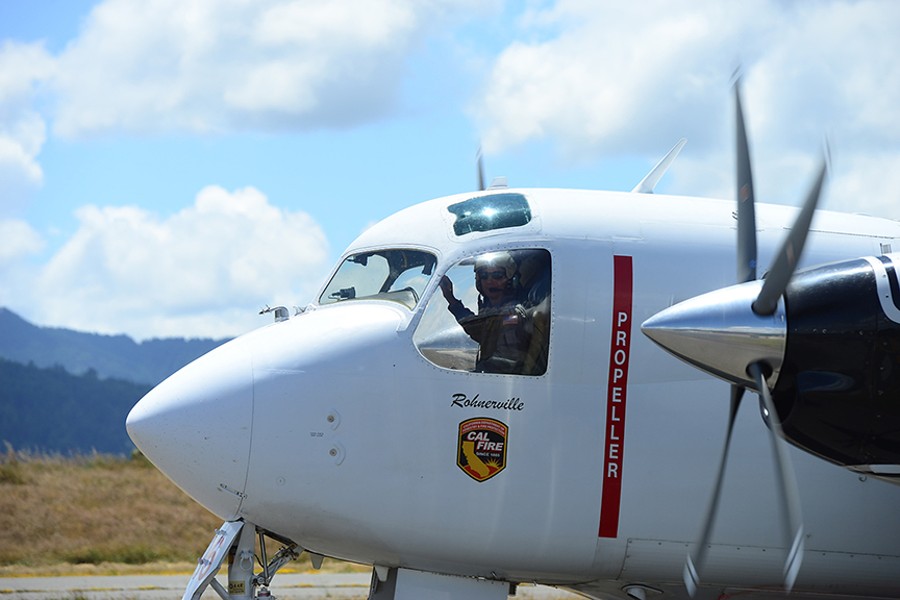 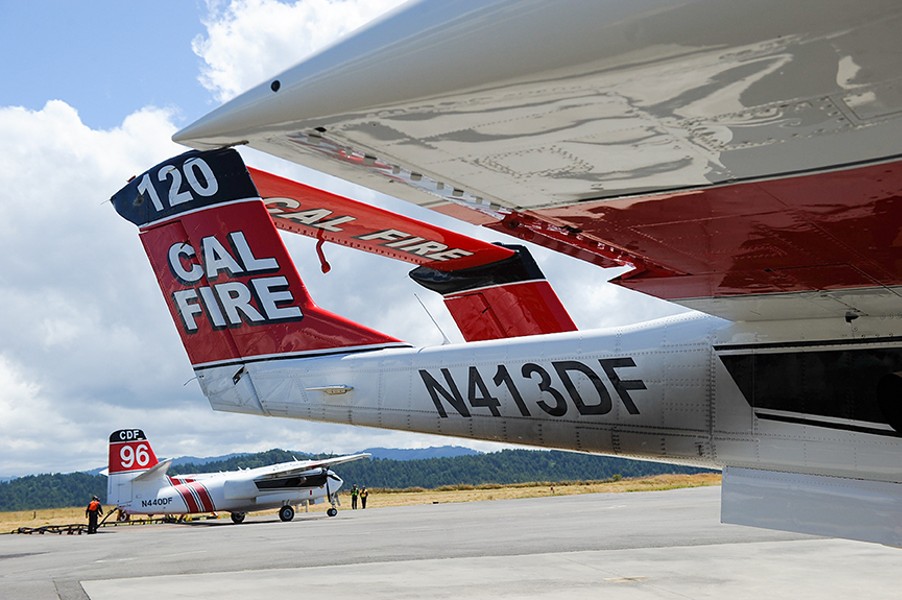 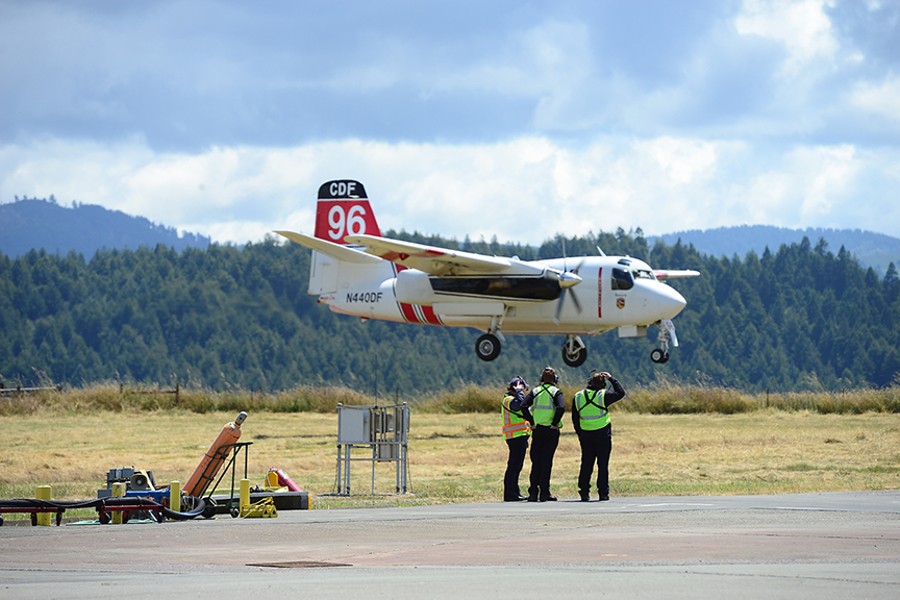 A decent winter's rain does not mean an easy season for firefighters. True, this last year capped a record-breaking four-year drought with a moderately wet El Niño, but the drought, according to meteorologists, is not over. The aquifers and snowpacks are far from replenished and the woods and fields are drying out. According to Cal Fire data, there have been 104 major fire incidents in the last seven months, mostly in Southern California, and a major timber die-off caused by bark beetles in the Sierra Nevadas has created a tinderbox of dry fuel. The North Coast has been favored by a slightly higher rainfall than the rest of the state, but experts are still advising that water be used sparingly, chiefs are preparing crews and equipment to battle with the flames, and contract and seasonal workers are waiting for phone calls directing them to drive to the fireline.

"I haven't been out yet. I'm jumping from one foot to the next," says Ken Richardson, who augments his retirement income by running supplies as an independent contractor during fire season. His wife Carlene has already been called out to work at a fire near Tahoe, leaving Ken to wait by the phone. When the call comes – and it may come at any time, from anywhere in the state – he will fire up the truck and get on the road. The work can be grueling, 16-hour days on the road, with food from makeshift fire camp cafeterias and short nights in bunks or trailers under smoky skies, but on a good year, when contractors are in demand, ambitious parties like the Richardsons can clear $20,000 or more for a few months' work.

State and national agencies are also preparing. There were seven major incidents in the upper third of the state by this time last year, but 2016 has gotten off to a slow start, with only two significant fires in the region: the Pony Fire, near Happy Camp (2,858 acres and 90-percent contained as of press time) and the Wilderness Fire in the Marble Mountains (34 acres, completely contained). Despite its small size, the latter was troublesome due to the steep terrain and remote location. It is alleged to have started after a camp or signal fire set by two missing hikers went astray, but the Six Rivers National Forest Service was unable to confirm this, saying only that its cause is under investigation.

What they could confirm is that while there has been little fire activity so far, how the season will shake out is anybody's guess.

"We certainly have potential in terms of our conditions to have some large fire activity this year," says Mike Minton, fire chief for Six Rivers. "We had a pretty average winter which certainly helps with our drought conditions, but we also had a drier than normal spring."

Minton adds that the rain has meant extra grass in fuel beds – flammable organic material – for the fires, but conditions aren't nearly as dry as they were last year (in 2015 he said fuel loads were the worst he had seen in nine years). The extra water means extra resources for helicopters that might be dipping into streams. And as to where a fire might break out, it's all a guessing game. The Orleans area is very dry; the Del Norte and Smith River areas are the most moisture-rich. History is also a predictor of vulnerability; areas that haven't burned in many years or that burned in a particular way can accumulate more fuel, improving the chances that more fires will start in their footprint. One area of particular concern for Minton and his cohort is the footprint of the 1999 Megram Fire in the Trinity Alps Wilderness. The fire, which raged to 125,000 acres, burned hot and left many large diameter dead trees, creating conditions that exacerbated the 2009 Backbone Fire (6,324 acres) and the 2013 Corral Complex (12,295 acres).

Last year, a late July lightning storm and sudden flare ups of several major fires in the region created a shortage of hotel rooms for support staff in Eureka. Minton says those conditions are unlikely to reoccur; his agency has finished hiring its normal amount of seasonal personnel and did not see any budget changes.

Cal Fire, a state agency, did receive a boost of $77 million for extra staff, equipment and educators this year, due to the drought emergency declaration. Hugh Scanlon, chief of Cal Fire's Humboldt-Del Norte Unit, confirmed that his unit made 17 extra seasonal hires. Scanlon says the rain was also a boon, but adds that this is no time to get complacent.

"At this point, unless we get significant rain, we can continue to see significant fire risk," he says.

Toward the end of this month most fuels will transition, losing retained moisture. And while technology can go a long way towards predicting weather trends, Scanlon calls lightning "a wild card."

"There are really few good predictive models," he says. "When we start to see tropical moisture that starts to push into our area from Mexico, we can see some of that activity come into our area."

Scanlon says his "confidence is high," as last year 90 percent of lightning downstrikes caused fire; this year's extra moisture should mean a much lower percentage, and his team is ready for what may come.

In the meantime, Cal Fire, Six Rivers, Ken and Carlene Richardson and thousands of others across the state are preparing for the vagaries of nature. Among speculators, there is a weighing of checks and balances: extra moisture vs. extra fuel, a wet El Niño winter vs. above-average summer temperatures, extra firefighters vs. the rumble of thunder and the promise of lightning.

"What kind of fire season are we going to have?" Scanlon says. "I'll tell you for sure in November."