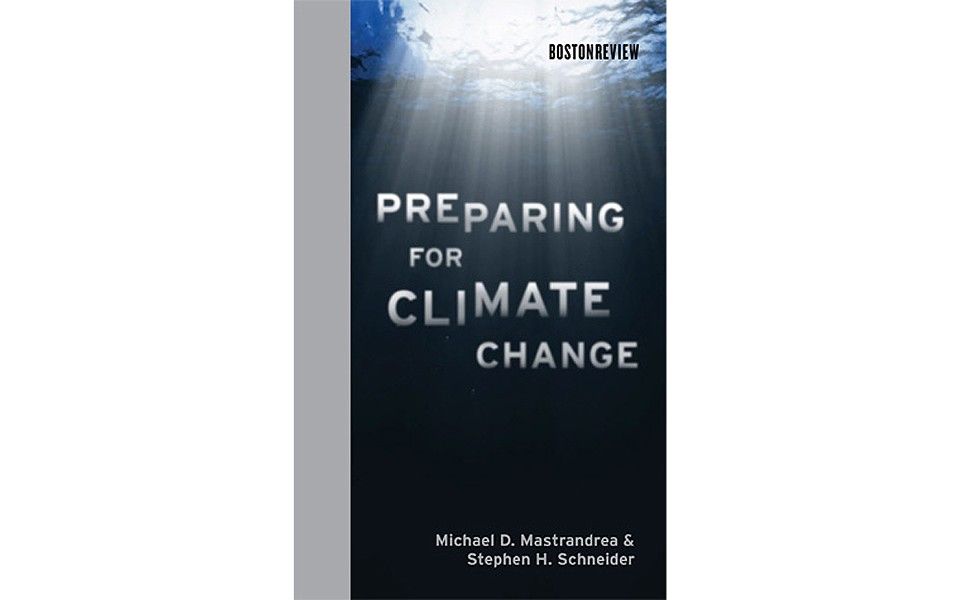 As a scientist at the National Center for Atmospheric Research for more than 20 years and a lead author of one of the UN climate reports, Stephen Schneider was known for his ability to explain the intricacies and the meaning of important and complex issues, especially the climate crisis. As such, he was the go-to guy for a lot of journalists over the years, including me. His sudden death this past summer was a blow to both science and journalism, as well as to his students at Stanford. This book, written with another Stanford climate scientist, may be his last statement on the issue that he recognized as the most important of his time, and ours.

It is a short book -- just 100 pages -- but it is a substantial contribution. It moves from the most succinct explanation of "The Scientific Consensus" that I've read (covering the physics and chemistry, observations and modeling) to chapters on "Impacts," "Understanding Risk," and then to the new ground of "Preparing for Climate Change."

It is in these last chapters that this book reflects realizations that are beginning to become the new scientific consensus: that climate change is not just likely in the future, it is happening now, and it will happen to some serious extent no matter what is done to stop it from becoming even worse.

The authors make a brief but sophisticated argument for acting on both fronts: to stop future heating by controlling emissions, but also (and equally) to prepare for inevitable consequences, including complex and multiple emergencies where readiness will be all important. The authors note that anticipating effects is particularly important in California, with vulnerable coastlines and shrinking snowpacks threatening water supplies.

This trenchant summary for policymakers and others derives much of its power from being so concise. But to have wider impact, it may require less of the envirospeak abstractions that have unfortunately muddied the meaning of the climate crisis in public perception. For example, the authors adopt the terms current in scientific and environmental bureaucracies of "mitigation" and "adaptation" -- words so vague and at times misleading that they inspire only mental numbness.

What the authors mean is that we must deal actively with both the causes of the climate crisis ("mitigation") and with the effects ("adaptation"). It seems simple, but it may well become the center of major political arguments in decades to come. If we're to get a handle on it now, we need to be clearer in what we say and how we say it. But even this observation is in the spirit of Stephen Schneider, and this book also serves as fitting memorial to his brave and persistent work.