If you're reading the paper version of this week's North Coast Journal, you're holding a product that was created last Tuesday night on the Samoa Peninsula. Western Web, which occupies 24,000 square feet in the Fairhaven Business Park (in a space previously used as a machine shop by the Samoa Pulp Mill), has been printing the North Coast Journal since Thanksgiving 2005.

In 2005, Rob Arkley hired veteran printer Steve Jackson of the San Francisco Examiner to set up a quality shop to print the daily Eureka Reporter locally. A few months after the Eureka Reporter folded in late 2009, Jackson and co-worker Jack Davis bought the operation, with Jackson trading his "director of operations" title under Arkley to "president" of his co-owned company. Today, Western Web is responsible for most of what gets printed in Humboldt County, other than the Times-Standard, which has its own print shop. 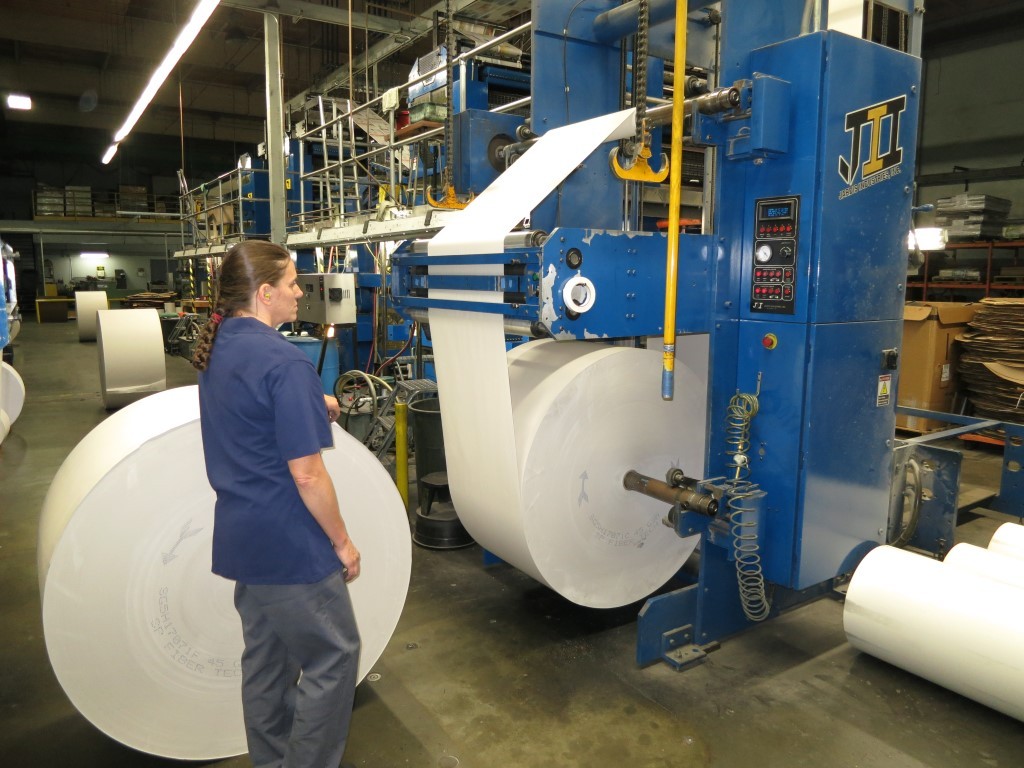 A print run of the Journal works like this: PDF files are sent from the Journal's office in Old Town Eureka to Western Web early Tuesday evening. The first job is imposition, in which a technician electronically melds every four Journal pages into a single "four-up" printer page. (Color pages require separate plates, one each for cyan, magenta, yellow and black, or CMYK.) The technician then "burns" aluminum printing plates to be hung onto the press cylinders. This pre-press work takes two or three hours, so that the actual printing starts around 10 p.m. "With today's technology, we're usually pretty close to the final product after running the first 100 or so copies," says Jackson. This is a far cry from pre-digital days of only a couple of decades ago, when, typically, presses ran thousands of copies to ensure perfect color registration and accurate folding and cutting.

Once satisfied, the press operator "marks" the output and the 21,000 copy print run begins, with pre-mark copies set aside for recycling. The Journal is actually printed in two sections, since Western Web's "Tensor T-1400" four-color, two-sided perfecting press can effectively print up to 32 pages at a time, and the Journal usually is 44 pages or more. As pages run off the press in a continuous web of paper, they're automatically cut and folded, ready for collation, counting and bundling into stacks of 50 that drivers will pick up around 5 a.m. on Wednesday. 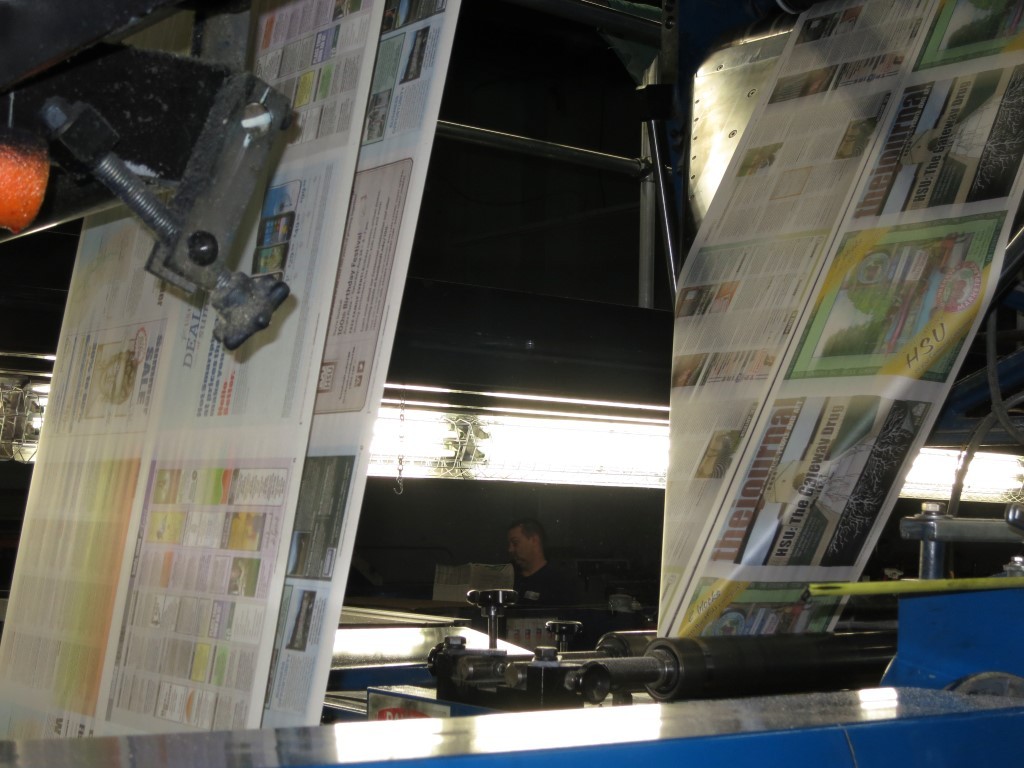 Western Web uses only recycled paper with a minimum of 40 percent post-consumer waste, which comes from mills in Oregon and Washington that both the Forest Stewardship Council and the Rainforest Alliance have certified. The net result, you'll be pleased to hear, is that no trees are cut to print the Journal or anything else from Western Web.

Barry Evans' (barryevans9@yahoo.com) past is littered with mimeographs, screen printers and spirit duplicators. He misses them not one bit.