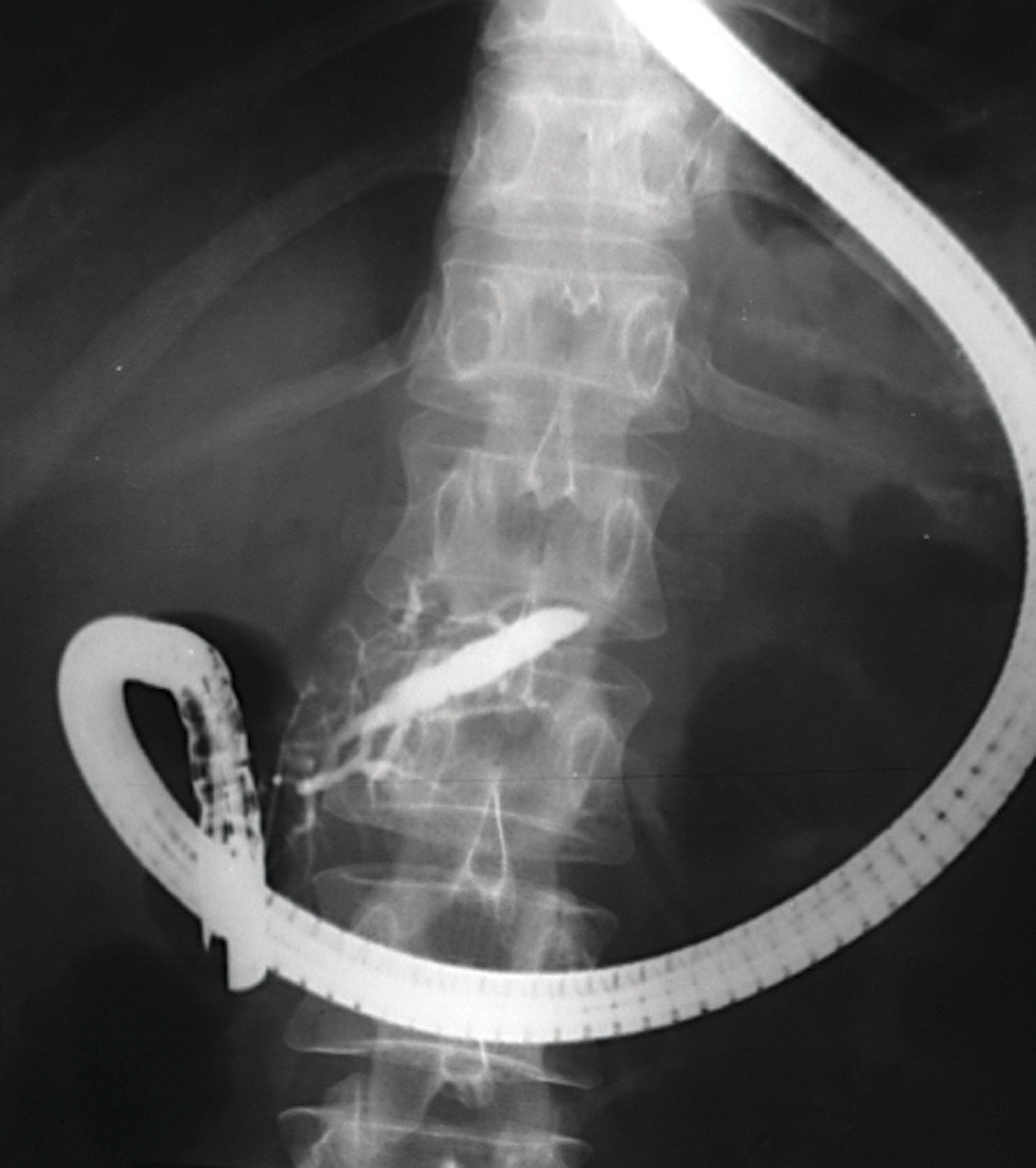 St. Joseph Hospital is working feverishly to get Medicare to rescind an unpublicized order, issued in December, that could cut off vital federal payments unless the hospital proves that it has corrected "systemic" infection control flaws, including the improper cleaning of two diagnostic tools used on patients.

The Journal has brought this hush-hush scrutiny to light by obtaining public records, a hospital memo and other reporting. Although none of the 34 patients involved seem to have been harmed as a result of the incident, state and federal regulators are reacting to this breach of protocol by reviewing every process in the hospital.

Ironically, the hospital received what Medicare calls a "termination letter" weeks after St Joe's own internal quality-controllers discovered and reported a flaw in the process used to clean certain endoscopes -- tools that are fed down different patients' throats during diagnoses.

However, termination may be an overstatement, given that affected institutions generally do whatever it takes to get back in the good graces of Uncle Sam, according to Jack Cheevers, public information officer for the Medicare district office in San Francisco.

"When we send the nuclear bomb that is a termination letter, the vast majority clean up," he said.

Five hospital officials met with the Journal Friday to lift the cone of silence off an incident that began in August when a nurse noticed a blob of fluid emanating from a tube that should have been absolutely clean -- and reported it.

Hospital officials said they have already notified each of the 34 patients who underwent endoscopic exams in the time frame in question, most of whom were unconcerned.

The hospital delegation, which included chief medical officer Dr. Scott Sageman, argued that state and federal regulators have put the onus on hospitals to report any breach in protocol, even if there is little patient risk -- and scary phrases like "termination letter" can be blown out of proportion.

"Hospitals are not intrinsically safe places," Sageman said. "Step back and look at how enormously complex the delivery of health care is today and you can think of 100 different areas, places and ways where something can go wrong."

'Staff A' spots the blob

Public records obtained by the Journal reveal that the affair began on Sept. 3 after a hospital worker identified as "Staff A" filed an unusual incident report with her manager following an Aug. 29 procedure.

According to the report, Staff A was concerned that an endoscope needed for a weekend procedure might not have been cleaned properly prior to the procedure after she flushed it with salt water and noticed the returning flush was discolored rather than clear.

"She believed it was the only scope available and felt the need to proceed with the procedure because the patient was already coming into the room and the anesthesiologist was ready to begin," the report stated.

The report says Staff A brushed the tip with alcohol and took a couple of other steps that she felt would be sufficient to proceed safely with the test.

But Sageman said after that Sunday exam, the discolored fluid nagged at the veteran nurse. After she reported the incident as trained, hospital quality control personnel got to the bottom of the mishap and changes were made, he said.

"We discussed the entire incident, not only with CDPH but with the CDC (federal Centers for Disease Control)," Sageman said. "Why did we do that? Because at the time, there were four of these similar events in California alone and a boatload nationally of these (scopes) not being sterilized. This is, unfortunately, a very common occurrence. Fortunately, the risk of infection is exceedingly low.'

After Staff A's report, the hospital notified each of 34 patients who might have been affected and offered to pay for a lab test to check for infection -- even though CDPH and the CDC did not require notification, Warner said.

"Very few of the number contacted were interested (in a lab test) and very few obtained it," she said.

"The scope incident illustrated that things were not done that should have been done," Sageman said. "We had this (cleaning problem) figured out before any of them (the inspectors) even arrived and had already implemented steps necessary to correct it."

He added: "You guys (the Journal) wouldn't be here if we did everything right. We didn't. Do we follow everything painfully now? You bet, not only in that area, but in every other area of the hospital."

Sageman said staffing reports and hospital records revealed 75 such procedures had occurred with the tools in question since they were first put into use in November 2009. Research showed that 41 procedures had no problem -- leaving 34 persons, including Staff A's Sunday patient -- with some doubt as to the quality of the sanitation.

"The actual infectiousness was so low to begin with that the CDC and CDPH said, ‘Why do you even bother to contact these people because we know the risk of doing any harm from infection is infinitesimally small?'" Sageman said.

After St. Joe's told regulators about the incident, the special inspections began. In a survey report dated Sept. 16, 2010, a three-person team from the California Department of Public Health (CDPH)  -- the state agency that works hand in glove with Medicare -- identified "systemic problems" that "resulted in the hospital's inability to ensure that patient care and services were provided in a sanitary environment."

In documents obtained by the Journal, inspectors state that St. Joe's "failed to ensure that the Sterile Processing Department had a quality assurance program for assessing the competency of the staff for cleaning endoscopes." This, the report said, resulted in "one known case of a contaminated scope being used for a patient's endoscopic procedure and the possibility that 33 other procedures were performed with contaminated endoscopes" between November 2009 and September 2010.

According to the survey, a St. Joseph staffer determined only two of the eight people on the Sterile Processing Staff had used the correct connection tubing to clean a pair of three-port endoscopic tools purchased November 2009 and used in diagnostic gall bladder procedures.

"The result was that one port on the endoscope was not being cleaned," the report stated.

After review of CDPH findings, Medicare cited "infection control" as a condition that must be improved for the hospital to continue participation as a Medicare-covered provider.

"If we do not receive an acceptable, timely submission (of a plan of correction), or if a resurvey finds that the hospital is not complying with any (Condition of Participation), we will notify you that we are initiating action to terminate the facility's Medicare provider agreement," CMS survey supervisor Rufus Arther wrote in a Dec. 7 letter to St. Joseph Hospital.

"In the meantime, the removal of deemed status does not limit your ability to bill Medicare, not does it affect (Joint Commission) accreditation."

For penance: one colonoscopy

As part of the corrective process, an eight-person team of CDPH inspectors and trainees conducted an unannounced full validation survey of the hospital Jan. 24-27.

In a full survey -- the hospital equivalent of undergoing a colonoscopy without sedation -- inspectors roam hallways and poke through every nook and cranny to review clinical practices, operations, policies and procedures for the entire facility.

"It was exhausting," said Ann Warner, R.N. and director of quality and privacy for St. Joseph Hospital, and one of five officials who briefed the Journal Friday.

Warner said Medicare's timeline requires it to follow-up with the hospital within 90 days of departing. But neither she nor chief nursing officer Judy Begley, another senior official at Friday's briefing, could predict when state and federal inspectors will actually finish their work.

In addition, the Sept. 16 CDPH survey cited the hospital for failure to include all employees in the tuberculosis screening program; failure to get rid of dated products after "do not use" dates; failure to wear surgical attire that met acceptable standards of practice; failure to review infection control policies for currency; and failure to keep the neonatal intensive care area where milk is fortified and formula weighed free from contamination from a nearby hand washing sink.

The report also cited the hospital for failure to clean and disinfect glucometers according to standards of practice.

Warner said glucometers measure blood sugars and never come in contact with a patient. A sterile lancet pokes the finger and a drop of blood goes on a paper, which is then taken to the machine for measurement, she said.

What next for St. Joe's?

The state CDPH operates regional licensing and certification offices throughout the state. Humboldt County surveys are handled out of the Santa Rosa branch. Debby Rogers, a vice president of the Californai Hospital Asscociation, a statewide trade association for hospitals that focuses on public policy issues, suggested that the Santa Rosa office is tougher on hospitals under its jurisdiction than other CDPH offices.

"We've found a lot of inconsistencies," she said.

"Arbitrary" and "challenging" are how Sageman described the application of standards and procedures that can "change sometimes every week."

"Our Department of Public Health has entered into the beginning of a number of regulatory processes to give us more clarity, and one of those areas is infections," Rogers said. "We welcome that clarity and the regulations they are working on. It's difficult to be cited for deficiencies when it's not clear up front what the standard is. Right now, it's a little vague to follow."

Sageman said the hospital formed a core team of advisers last fall to "look at the system-wide application of all infection control practices in every corner of the hospital. It ranged from looking at very, very potentially jeopardizing practices such as, was there a sterile field when you had an operation? to the more mundane of the freshness date of an alcohol prep pad that is one day earlier, wrapped and on the floor, so you are in violation of an infection control standard."

As state agencies and hospitals move toward more transparency and public reporting in hospitals, Sageman worries that snapshots from surveys, various reporting periods or notifications of events where risk is negligible will scare community members who may lack the time, interest or literacy to understand the complexity involved.

"There's an increasing (micro)scope on medical errors, on near misses, on the fact that hospitals are not intrinsically safe places," he said. Surveillance reporting and quality measuring systems continue to grow in response to these concerns and "that's where the scope incident occurred," he said.

On Monday, Dr. Ellen Mahoney, medical director of surgical services at St. Joe's, offered another perspective on the process.

"Whether this would have been noticed in the past and covered up, I can't say," she said. "But in our current climate the nurse was actually proud to notice the problem and to report it as an opportunity for improvement. She participated in the ‘root cause analysis' and never feared for her job. Her supervisors made sure that she felt protected and valued in this process."

Story at a Glance

St. Joseph Hospital is trying to get Medicare to rescind its threat to terminate federal payments to the hospital because of "systemic" infection control flaws.

Public health inspectors have made multiple visits to the hospital since an inspection report dated Sept. 16 cited one known case of a contaminated endoscope being put down a patient's throat and the "possibility that 33 other procedures were performed with contaminated endoscopes" between November 2009 and September 2010.

Hospital officials said no patients were harmed by what they described as procedural errors with low infection risk. It could be months before state and federal officials finish their review of hospital systems.