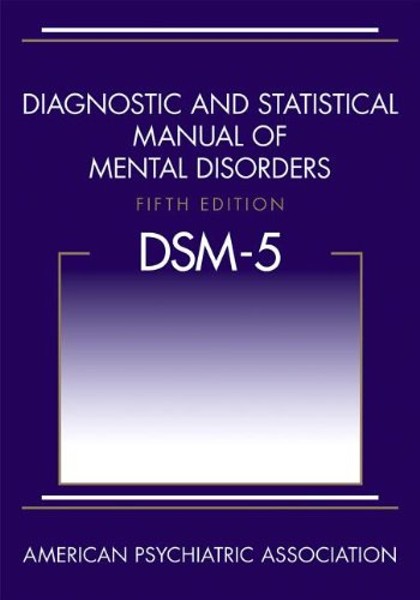 As I wrote last week, a book with the innocent-sounding title "Diagnostic and Statistical Manual of Mental Disorders," published by the American Psychiatric Association, affects many — perhaps most — lives in America. Fourteen years in the making, the latest revision (DSM-5) received broadside after broadside even before publication last month. Allen Frances, the psychiatrist who spearheaded the previous version, wrote a book-length criticism, "Saving Normal." Psychotherapist Gary Greenberg is upfront with his distaste, titling his anti-DSM polemic "The Book of Woe." And the director of the National Institutes for Mental Health recently wrote that the DSM "suffers from a lack of validity."

Sometimes called the "bible of psychiatry," the DSM relies on a subjective reading of a patient's symptoms to diagnose the underlying cause of the suffering, which is assumed to have a biological basis (such as, for instance, a deficit of serotonin causing depression). This "disease model" is far from proven, but even if it is valid, the DSM is still deeply flawed, according to its detractors. Criticisms include:

Lack of precision: Diagnoses of mental disorders is based on symptoms as reported by the patient and observed by the caregiver. The DSM subjective system of classification results in the "clustering" of diverse individuals into groups who are treated in a similar fashion. Predictably, results are not coherent: Some patients respond well, some badly.

Inconsistent Boundaries: In 1968, DSM-II (134 pages) defined the symptoms of 182 mental disorders. Thirty-two years later, DSM-IV-TR listed 365 diagnoses in its 943 pages. The 992-page DSM-5 includes just 157 disorders. The wildly variable number of diagnoses has led critics to accuse the psychiatric association of capriciousness in defining discrete conditions. One particular example has made the headlines recently: Asperger syndrome and autism, previously diagnosed and treated as separate disorders, now come under the same label.

Redefining "normal": As a "consensus document," the DSM has been notoriously fickle in what's considered normal, with diagnoses subject to the cultural and political currents of the day. Forty years ago, for instance, at about the same time that the manual reframed homosexuality (no longer abnormal!), it listed hyperactivity and inattentiveness as abnormal. "Attention-deficit hyperactivity disorder" was born, and now, by DSM criteria, some 20 percent of teenage boys suffer from it. Yet ADHD is so controversial that many researchers in the field claim it to be a non-medical issue, while some even doubt its existence.

Conflict of interest: A 2006 study by researchers from the University of Mass and Tufts concluded: "Of the 170 DSM panel members 95 (56 percent) had one or more financial associations with companies in the pharmaceutical industry" and "...one hundred percent of the members of the panels on 'Mood Disorders' and 'Schizophrenia and Other Psychotic Disorders' had financial ties to drug companies."

Promoting pills: Critics claim the DSM has legitimized prescription of an ever-increasing number of medications to ever-more people, to the point where one in eight of us, including young children, is now on psychotropic medication. In my column The Drugging of America (Sept. 29, 2011), I discussed the flimsiness of evidence for the effectiveness — for most people most of the time — of six common antidepressant and antipsychotic drugs, when compared with inert placebos.

With the withdrawal of support by the National Institute of Mental Health, the DSM is probably on its deathbed, but absent alternatives, it's not going to go away just yet. The future holds promise for what the institute calls the "Research Domain Criteria" project. If emerging research pans out, the project will lead to brain disorders being diagnosed objectively through "biomarkers," rather than symptoms.

One can only hope. As Allen Frances said in a New York Times op-ed last year, "Psychiatric diagnosis is simply too important to be left exclusively in the hands of psychiatrists." Amen to that.

Barry Evans (barryevans9@yahoo.com), now finds he's abnormal (according to the DSM), meaning he's normal like everyone else.