Does getting legal mean giving up your guns? 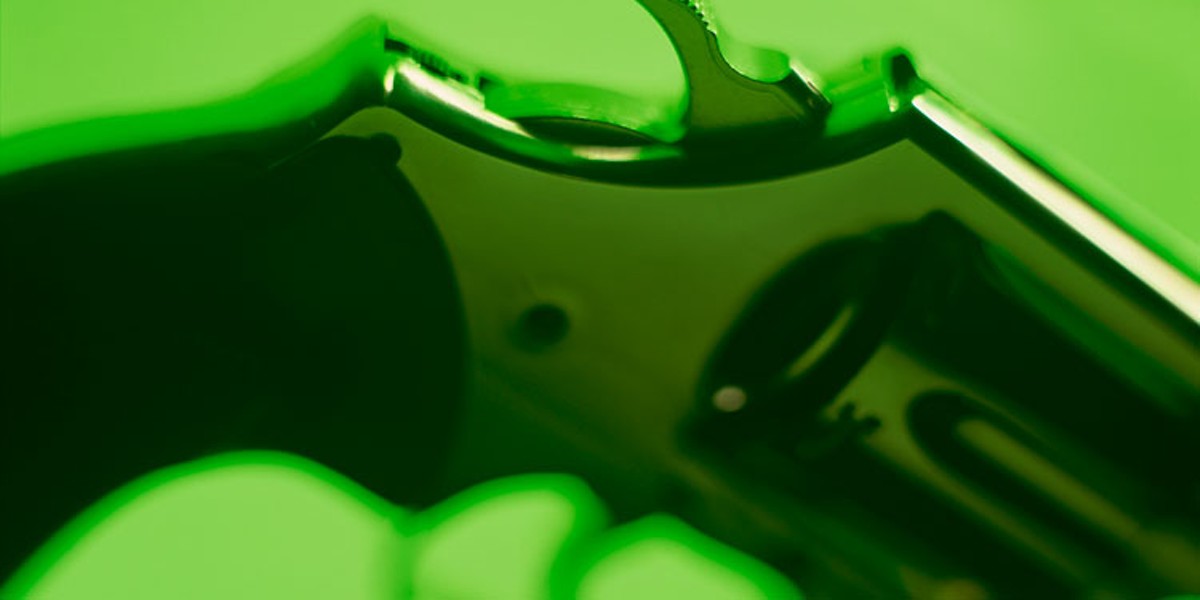 If you live in rural Humboldt, there's a good chance you own a gun. There are plenty of benign reasons to own a rifle or pistol, most of them having to do with the need to entertain yourself in the middle of the woods where there's no WiFi. When I was growing up, beer cans, road signs and squirrels took the brunt of that boredom. (Sorry, squirrels.) And plenty of my friends and neighbors who grow cannabis have guns for all the non-benign reasons you can imagine. Mostly because growing cannabis, legally or illegally, in the middle of the sticks, where law enforcement is hours away, where there are all sorts of wild critters, is a risky and fear-inspiring business. I'm sure most of our readers have strong opinions on who should and shouldn't have guns. So does the law. What that opinion is, however, can be murky territory.

Before you register to buy a firearm, you're required to fill out an extensive form that includes a section asking if you're an "unlawful user of, or addicted to" any controlled substance. In 2016, noting the increasing amount of states that were legalizing cannabis, the federal Bureau of Alcohol, Tobacco, Firearms and Explosives added language to that registration form reminding people that no matter what's happening in your particular state, the "use or possession of marijuana remains unlawful under Federal law." In many states that have legalized medical cannabis, creating a registry of patients, conflicts have arisen between the Second Amendment and states' rights. S. Rowan Wilson, a Nevada medical marijuana patient, took her case to court when her attempt to purchase a firearm was denied in 2011. The federal court of appeals ruled against Wilson in 2016. Recently, Pennsylvania patients began asking questions about whether they would have to surrender their current firearms or be unable to buy new ones as that state started its own medical registry. Pennsylvania regulators backpedaled a bit on the issue, deciding the registry of medical cannabis patients would not be available to law enforcement after all (per the Cannabist).

So what does all this mean for cannabis growers? To be honest, nobody seems to know. We spoke to several growers and industry professionals and they were as in the dark as we are, even after talking to their lawyers. The law, said one, is vague enough it could be argued effectively both ways. The California Department of Food and Agriculture's cannabis regulations do not address the issue, nor does Humboldt County's land use ordinance. Ostensibly, you can still register your firearms on the federal level and your cannabis at the state level and hope the two won't come into conflict. (Wilson's case, by the way, kicked off because she lived in a tiny town where her neighbor, the gun store salesman, knew through social channels that she was a marijuana patient.) But the recent rescinding of the Cole Memo by Attorney General Jeff Sessions, reversing the Obama-era "hands-off" policy toward states' cannabis policies, opens the door for cultivators to potentially be busted by federal authorities and having firearms onsite could lead to additional penalties.

Ironically, according to at least one longtime farmer we spoke to, the aura of fear for cultivators has only ramped up in the last five years. Legal farms have moved closer to the road, meaning easier access for thieves. Meth and heroin use has increased, while sentencing for those offenses has decreased. Home invasions are on the upswing, with the Humboldt County Sheriff's Office noting in a November press release regarding a theft in Mad River: "These type[s] of incidents are becoming more commonplace and are straining our limited resources." Self-defense was one of the chief reasons farmers we spoke to continue to keep guns onsite. Clarifying policy and making the industry safer were two of the touted goals of legalization; right now that feels like trying to hit a moving target.