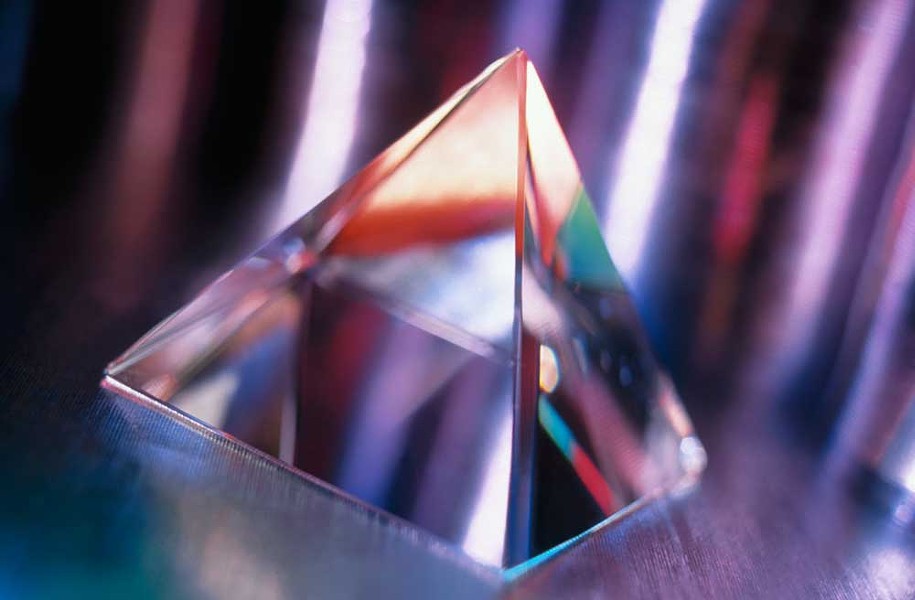 The New Age began, as far as I was concerned, in the spring of 1970. Fresh in the Americas, I was completely captivated by woo — the more some phenomenon seemed ridiculous, the more likely I was to believe it. "Credo quia absurdum," wrote the Christian apologist Tertullian around 200 A.D. "I believe it because it is absurd." Which pretty much summed up my attitude toward, among other absurdities, the Bermuda Triangle, healing crystals, Yeti and Bigfoot, the Tarot and the I Ching, remote viewing and, of course, pyramid power.

Back then, pyramid power was a thing. Pyramids held the key to immortality, were built by aliens, contained mystical energy fields, stopped aging, prevented food from rotting, restored sexual potency and best of all (because of its immediate money-saving promise) restored razor blades to their original sharpness. I would carefully align my used blades north-south in a little cardboard pyramid built to specifications found in Sheila Ostrander's book Psychic Discoveries Behind the Iron Curtain. After two weeks of "focusing the Earth's magnetic field" my blades were as good as new. Sort of. I seem to remember cutting myself a lot in my pyramid era.

"Pyramidology" started in the 1930s when Antoine Bovis, quaintly described in Wikipedia as "a French ironmonger and pendulum-dowsing author," wrote a booklet in which he claimed to be able to prevent meat from rotting by putting it in a miniature cardboard pyramid. Czechoslovakian Karel Drbal heard about Bovis' "discovery" and in 1949 successfully applied for patent 91304: "Pharaoh's shaving device." This was a cardboard replica — suitably scaled down — of the Great Pyramid of Giza. It took a quarter century but by the 1970s, pyramid power, in all its weird and wonderful incarnations, was flourishing the West.

The key, according to all the self-proclaimed pyramidologists, was the shape of the pyramid. You couldn't just make any old pyramid if you expected to sharpen razor blades, restore lost libido, etc. Your pyramid had to be a perfect replica of the Great Pyramid built by the Fourth Dynasty pharaoh Khnum Khufu some 5,500 years ago. That is, its slope had to be 11:14 (horizontal to vertical) and aligned exactly north-south. I've written about the fascinating dimensions of that pyramid ("Pyramid Geometry," March 25, 2010), wherein you can find both the ratio pi and the golden mean. Preferably one's model pyramid would be made of a dialectic material such as waxed paper (to, um, focus the magnetic field?) and at that point you pretty much had access to the secrets of the universe. Think all this silliness has gone away? Think again. Amazon has dozens of pyramidal devices, such as a "Copper Meditation Pyramid for Self-Healing and Heart Chakra Activation." Yours for $222 plus shipping.

Like Stonehenge and the Nazca Lines, the Great Pyramid invites far-fetched and other-worldly theories. How could those primitive Egyptians, armed only with copper tools, possibly have constructed such a massive monument without, at the very least, assistance from aliens? By smart use of humanpower is how. The pharaoh took advantage of the annual Nile floods, when tens of thousands of farmers couldn't work in their waterlogged fields. Khufu's pyramid was a 20-year-long public works project, no extraterrestrial help needed. As far as construction techniques, I'm a recent convert to Franz Löhner's rope-roll system of hauling the blocks directly up the sides of the pyramids on sledges, thus eliminating construction ramps.

By the way, the Tertullian quote isn't quite so "absurd" as it reads at first blush. His point was that a highly improbable tale is unlikely to be a complete fabrication. Which could, I suppose, put a whole new spin on pyramid power. Got any razor blades that need sharpening?

Barry Evans (barryevans9@yahoo.com) is now a true believer in skepticism.