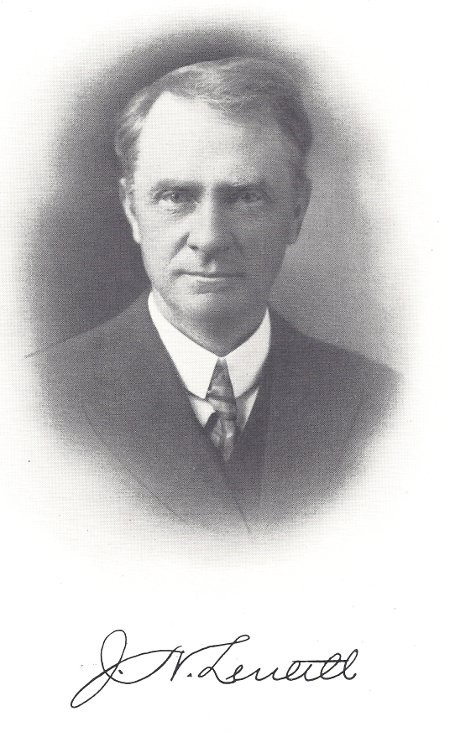 The current buzz about building a new railroad is nothing new for the North Coast. A century ago, the promotion of rail lines to the north, south and east often filled the headlines on a weekly, or even daily, basis. It was a time when optimism and speculation ran rampant. By December 1909 one plan was clearly ahead in the race: the Northwestern Pacific Railroad (NWP) was already laying track up the Eel River, and had just let a new construction contract that would help close the 108-mile gap between Shively and Willits.

But a competitor was preparing to take the field. Several months earlier, Eureka surveyor J. N. Lentell had hiked from Korbel to Redding, armed with a barometer, compass and a pair of pocket-sized notebooks. His route took him through the heart of the Trinity National Forest, which had been established just two years earlier. Lentell filled his notebooks with rough calculations for the possible route of a railroad. The results were favorable, and on Dec. 12, 1909, just four days after the NWP authorized the Shively work, Lentell set off to retrace his steps. This time he was accompanied by two officials from the Humboldt and Eastern Railway Committee.

Before the month was out the Eureka Herald, stimulated by all the excitement, issued a special "Railroad Edition," complete with a half-page rendering of a powerful locomotive propelling its train of cars through a redwood forest. The text that followed read like triumphal trumpet blasts:

"That is the most magnetic word in Humboldt County's vocabulary today. ...

"It is the one word in the English language which today sets the rich red blood a-tingling through the veins of Humboldters."

Next came a page devoted to details about the Northwestern Pacific. The Herald believed that the NWP "will keep right on up the coast and build to Portland." There then followed an article entitled "Humboldt will have an electric road to the East." This rail line, although unnamed, was clearly the Humboldt and Eastern. It was to be powered not by steam but by electricity, which accounted for the presence of two officers from the Humboldt Gas and Electric Co. on its promotional committee. Other members included bank presidents William S. Clark and Thomas Bair, superior court judge George D. Murray, and merchandise store magnate Brousse Brizard.

The article condescendingly claimed that "What an electric line to the east will mean to Eureka and Humboldt County is a question that is too big for Humboldt citizens to comprehend." Nonetheless, the Herald tried to create at least a dim awareness within the humble Humboldt citizenry of the blessings that would flow down the Humboldt and Eastern's tracks. Farmers, ranchers and miners would of course all benefit, but also sportsmen and those sometimes sweltering inhabitants of the Sacramento valley, who, desiring "a breath of salt air," would soon be able to "jump onto an electric and run down to Eureka."

But the main motivator for creating the Humboldt and Eastern was the same as that for all the other proposed rail lines -- access to timber. The Northwestern Pacific, following its north-south route, ran through much of the coast redwood belt, but an east-west railroad entered an entirely different and potentially lucrative realm: the pine forests that lay beyond the redwoods. The Herald foresaw that:

"With an electric line opening up the eastern timbered territory it will mean that all that business comes down a natural grade to this city and is from this point shipped to the various marts of the world. The completion of the Panama Canal will put this coast in closer touch with the Atlantic seaboard. ... Millions of dollars of wealth will be carried through Eureka."

But first millions of dollars had to be expended to build the rail line. By April 1910 the Humboldt and Eastern Electric Railroad, as it was now called, estimated that connecting Humboldt Bay with the upper Sacramento valley would require a route 175 miles long and would cost $11 million, an amount equal to about one billion dollars today. This wasn't chicken feed, and the Humboldt and Eastern was not going anywhere until it devised a reliable form of funding.

The plan was to leverage the necessary investment based on the anticipated freight fees that would accrue from hauling Trinity National Forest timber. The Humboldt and Eastern submitted a proposal to the government asking that it "sell all the ripe timber in the forest, estimated at 3,000,000,000 feet, for $4,500,000, so that there will be [shipping] tonnage over ... [the] railroad."

The government had a different idea. It offered only a billion feet of Trinity timber, just a third of what the railroad wanted. When, in April 1911, this amount was put out to bid, there were no takers. The Humboldt and Eastern claimed it would continue its fight for a sale of 3 billion feet, but the effort proved unsuccessful. By 1913 the proposed line was abandoned. A switch was turned, and the Humboldt and Eastern rolled onto a siding called obscurity.