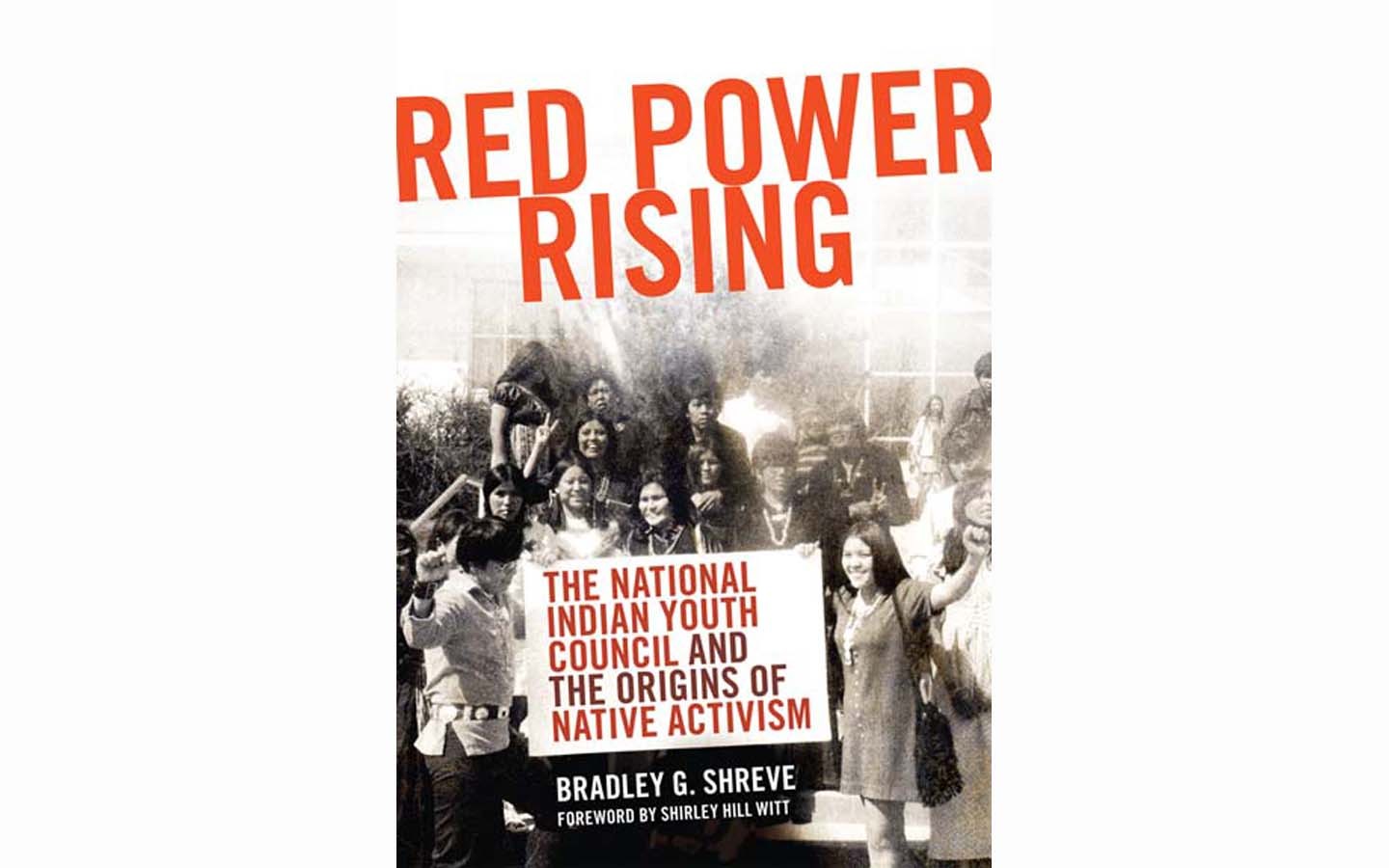 The usual narrative of Native American activism begins with Alcatraz and the American Indian Movement in the late 1960s. But scholar Bradley Shreve makes a persuasive case that activism was rooted in earlier decades, and specifically that much of its character was established through an organization founded in the early 1960s: the National Indian Youth Council. Moreover, the NIYC persists to this day, advocating principles that have become central to Native activism of all kinds: "treaty rights, tribal sovereignty, self-determination and cultural preservation."

NIYC came of age in the Civil Rights and antiwar era.

"Like other student activists of the time," Shreve writes, "they steadfastly believed in the possibility of a moral universe and that it was their duty to make it a reality." But they were also notably different. Unlike many Civil Rights youth groups, NIYC was started and run by students, and women were among its early leaders. Unlike some other prominent Native groups, its members were rooted in reservation and rural communities (mostly in the West) rather than cities, but it pioneered intertribal activism. It suffered all the convulsions and confusions of other activist groups that eventually fell apart, but NIYC managed to change and survive as a useful and innovative organization.

It made its first big splash with the "fish-ins" in Washington State, primarily organized by Bruce Wilkie (Makah) and Hank Adams (Assiniboine), protesting the arrests of tribal members exercising their rights to traditional and subsistence fishing as guaranteed by treaties. But in its half-century or so, the organization also pioneered Native education, job training and placement, and defense of sacred sites.

Though it was formed in a rebellious and youth-oriented spirit, NIYC kept faith with tribal elders and made reviving traditional knowledge a key goal from the beginning. There were non-Natives elders, too, who were convinced that Native knowledge could benefit society as a whole, and they became part of the mutual education of decades.

Shreve's chapters are skillfully crafted to tell an absorbing story, as individuals grapple with issues reflecting the unique history and circumstances of American Indians from the Teddy Roosevelt and FDR eras through the tumultuous '60s and '70s. This book is informative and judicious (with good notes and sources) but enlivened by detail and reminiscence as well as point of view. It's a deft and highly readable survey of an important but neglected slice of history, clarifying important connections to the present.