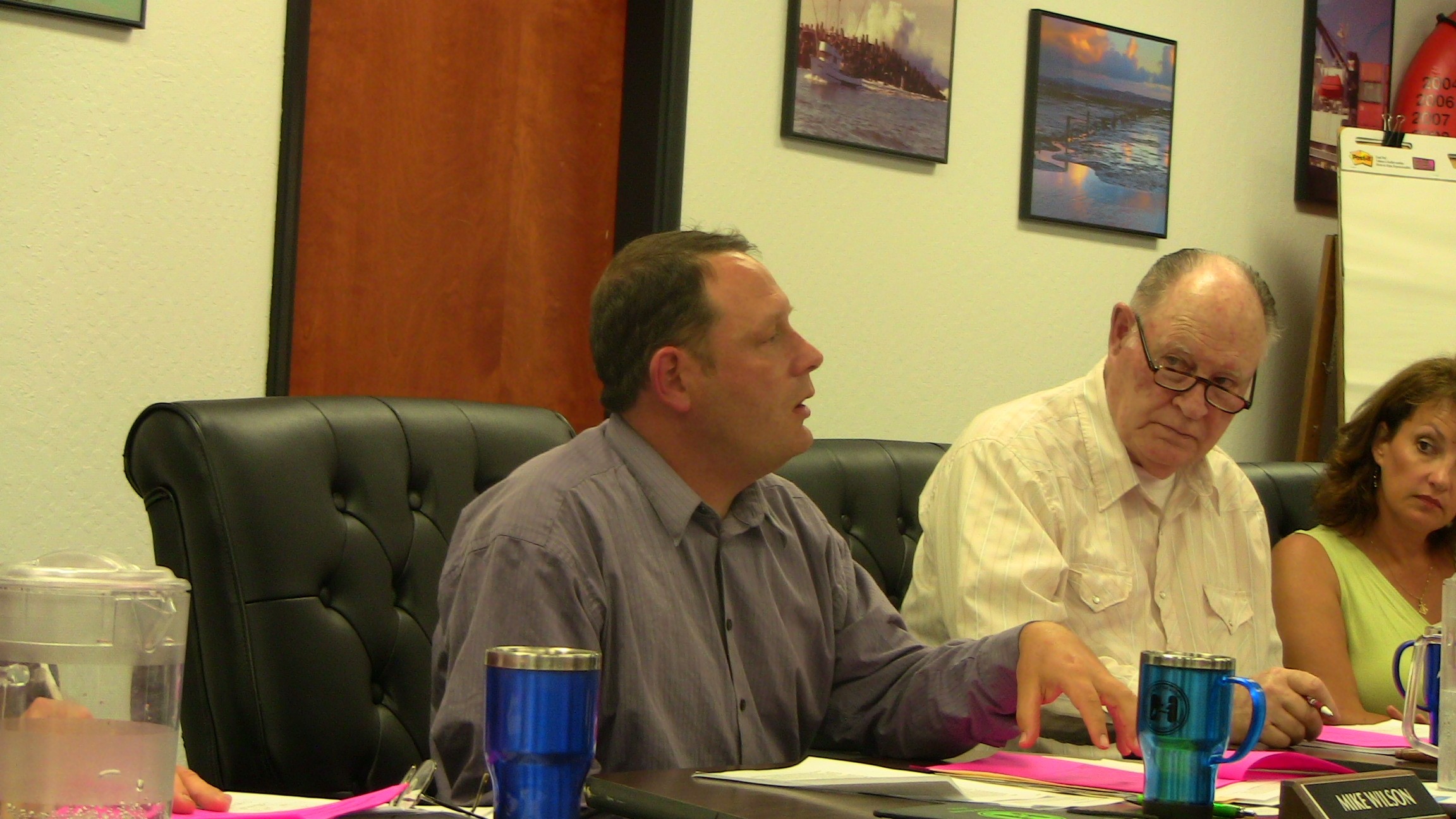 The Harbor, Recreation, and Conservation District Commission meeting last Wednesday (June 23) represented both the burning optimism and the sobering reality of the economic storm facing Humboldt County, particularly its port. Few public entities have managed to weather the "Great Recession" here unscathed, but the fateful financial future facing this public agency is nothing short of dire.

Consider that the docks have been silent too long for comfort, so long as to send waves of concern throughout the business and government world. Unless viable business projects come to fruition, the district potentially faces the dreaded Chapter 9 -- bankruptcy. This doesn't necessarily mean death, but it certainly is a potential catastrophe, one that could lead to major reorganization and interference by the state and judicial authorities.

"It doesn't mean that we drop dead," said Harbor Commissioner Pat Higgins at Wednesday's meeting. "It's far more desirable that we be proactive."

So what is pushing the district to the brink? A number of factors, many of which stretch back years. The commission has been in the red since 2007, and with each year its reserve funds have slowly trickled away. If current trends continue, reserves will slip below the $1 million mark, leading bonds currently held by the district to default.

The demise of the Samoa Pulp Mill in 2008 sent a noticeable shock wave through the district's finances. The amount of money collected through a pilotage tariff fell from $105,157 in fiscal 2006/07 to a projected $25,000 this fiscal year, with no anticipated change for next year's budget. Also, the loss of several grants obtained in years past lowered revenue by about $1 million.

The general collapse of previously privately owned services over the years -- such as the Marina, bar pilots and boatyard -- has forced the district to assume fiscal responsibility, and an ongoing debt load from dredging the Bay entrance and a boating loan continues to cost a little over $300,000 a year.

The district has also made rather dramatic cuts to address this financial meltdown. Last year, the two remaining bar pilots, Captains John Powell and Tim Petrusha, took a 50 percent pay cut, while the Director of Martime Commerce, Wilson Lacy, took a 40 percent one. All three contracts were on the table during the Wednesday meeting, leading to a rather contentious debate amongst commissioners who wanted flexibility verses giving employees job security.

Despite the services of bar pilots being rarely used in recent times, the state mandates that each port have must have two on hand. Otherwise, ships may not enter port due to the complexities and training involved with the job. Considering how strapped the district is for cash, Commissioners Higgins and Mike Wilson wanted more flexibility by making the bar pilot contracts at-will, with one-year terms that would be renegotiable as shipping increases. Commissioner Ronnie Pellegrini and Richard Marks felt the pilots needed assurances to remain in their position, especially after taking such a huge pay cut. Ultimately, they were kept on as at-will employees.

Despite the financial difficulties facing the district, hope manifested itself in two forms. One is the anticipated reopening of the Samoa pulp mill by the Freshwater Tissue Company, which acquired the assets in February 2009. If the FTC obtains the permit needed to restart the mill from the North Coast Regional Water Quality Control Board, it would raise the number of ships serviced from zilch to two a month, and the revenue raised by those services would help stave off the storm.

Commissioners Higgins and Wilson also submitted the final draft of an ambitious report created by the district's Economic Development committee, which explored business possibilities for the port. The committee, which consisted of a broad spectrum of pubic officials, business interests, concerned citizens and entrepreneurs, hammered out several ideas for how Humboldt could revitalize the bay and bring jobs to the region.

"We have assets here that are really unrivaled," said Wilson of the report.

The report outlined several areas where development could occur or expand, including aquaculture, industrial development, recreation and tourism. Perhaps the most promising development, and certainly one that the commission is gambling on, is the development of a marine highway utilizing short-sea shipping, spearheaded here by Humboldt Maritime Logistics. The concept involves creating a network from San Diego to Seattle where containers are shipped on barges. The method would not only be environmentally sound, according to the report, but could potentially be a boom for the port and local business by allowing for 500 incoming and outgoing containers a month.

Other ideas highlighted in the report include converting the Redwood Dock into an industrial park resembling the incubator being successfully implemented at the Alder Grove Pond site in Arcata, building an eco-hostel on Humboldt Bay and ramping up infrastructure needed to maintain and expand the fishing industry. The report is available on the commission's website.

Armed with a solid report from various stakeholders in the county in one hand and the ticking budgetary time bomb in the other, the commission appeared to be quite ready to take direction toward breathing life back into the dying port, but now it's just a question of what direction the commission will take and when.