To hell with the garden, head for the tropics 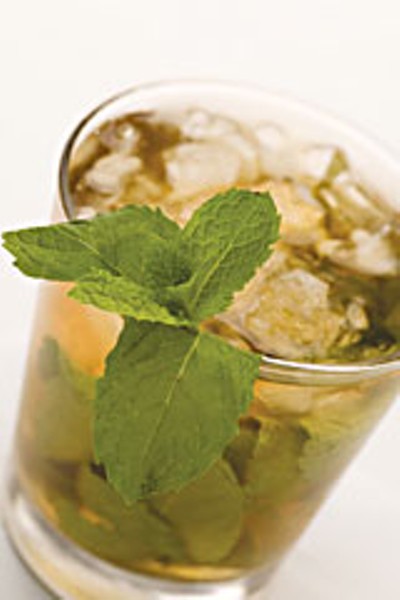 By the time you read this, the winter solstice will be over and the days will be getting gradually and imperceptibly longer. That's fine with me. Having a few minutes of daylight and a few degrees of warmth snatched away from me day by day has left me feeling irritated and impoverished. I should be in tune with the season, but I'm not. I have not surrendered to the darkness, I have not found stark beauty in bare branches and frost on the windows, and I have not rediscovered the joys of a crackling fire and a cup of hot chocolate. It just didn't happen for me this year.

A little over a month ago I was in Miami, drinking mojitos on the beach after midnight. I had brought along a sweater, which is the sort of silly superfluous thing that people from Northern California do when they visit a beach. We simply can't hold the idea of a reliably warm, tropical coastline in our minds long enough to leave a sweater at home. New Yorkers shed their overcoats at the Miami airport with the confidence of someone who knows how to trade in a cold place for a warm one, but not Californians. We cling to the idea that any ocean could turn cold and unfriendly. We come prepared.

So there I was, with my unnecessary sweater and my even more unnecessary $15 mojito, coming to a gradual appreciation for the concept of wintering in a place like Miami. Sure, it is a glittering, false, unsustainable and incomprehensible jumble of half-empty, subprime-financed skyscrapers that look to be at risk of sliding into the reliably warm and ever-rising ocean. Yes, the place is populated by people who have little in common with me except for the fact that they, too, like to drink a mojito on the beach at midnight, or at least go to bed early knowing that they could have. But then again, these weeks of shortened days and colder nights make me realize that there is something utterly reasonable about the idea of just skipping winter altogether. Why not? Who needs winter, really?

I'm not the only one who feels this way. If you live in Humboldt County but can afford not to, you're probably already making a seasonal pilgrimage to some warmer climate. Sidestepping winter is a secret little vice that gets discussed in hushed tones around these parts. Just last week, a friend pulled me aside and muttered that he was taking the family to Hawaii after Christmas. "It's insane to spend that kind of money," he said, "but you can snorkel in that water." He said it with the incredulity that comes from living near a body of water that would just as soon kill you as allow you to float atop it for an hour or two.

A couple of other people I know have bought ramshackle casitas in Mexico and spend working vacations down there, bribing contractors, navigating byzantine local government bureaucracies and ultimately doing the work themselves. You might never change a tire in North America, but get south of the border and suddenly laying tile and stringing electrical wires seems totally doable. After a few weeks of this, they return to Humboldt County, red-faced and cheerful in a way that seems utterly out of keeping with the times. I blink at these recently-repatriated Mexican homesteaders as if the light coming from them is more than I can bear. While they were gone, I was slogging it out in the gloom, patching the holes where the wind and the rain gets in, not daring to dream of casitas and timeshares on the beach.

Which is why I am glad that the solstice is finally over and those minutes of daylight that were stolen from me will be returned, one at a time, until some glorious moment in late March when I realize that the sun is traveling high above the horizon and that daylight is extending well beyond five o'clock.

And then I'll get back to the garden. For now, my final horticultural report of the year is this: The garden is cold, wet and decidedly hostile to mojitos at midnight. When that situation improves, I'll let you know.