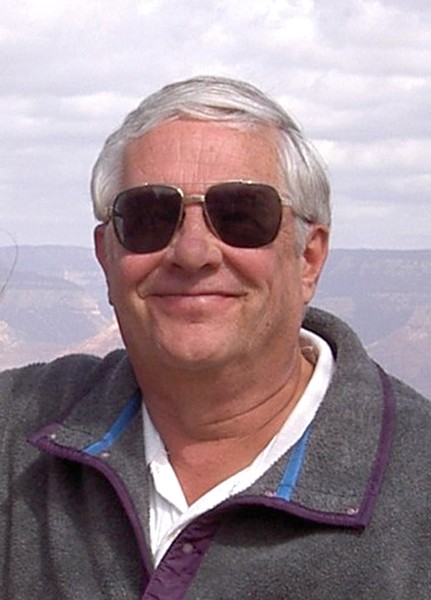 If you ever had the opportunity to sit down and talk with Denver Nelson, chances are the retired neurosurgeon and staunch environmental advocate known for a proclivity to speak his mind left an impression.

Whether it was during one of his many lunches at the Ingomar Club, in print or before the dais, Nelson could come across as cantankerous at times but those who knew him well describe a warm and generous person who gave back to his community, whether it was in the operating room, lobbying officials about water issues or volunteering at Redwood National and State Parks.

Nelson — a husband, father and grandfather — died Feb. 28 after suffering a stroke. He was 79.

Born in Spencer, Iowa, in October of 1941, Nelson attended the University of Iowa at 17, went on to medical school and completed a six-year residency in neurosurgery at Stanford University, where he met Judy, an ICU nurse, who went on to be his wife.

In 1977, the couple found their way to Humboldt County — which Nelson described as an excellent place to raise a family with its people, natural beauty and outdoor opportunities — and he continued to practice at local hospitals until his retirement in 2002 and later served as a county planning commissioner.

John Woolley, who came to know Nelson during his tenure as a Humboldt County supervisor, describes his friend as "a man of many talents" who worked tirelessly to "protect and nurture" the region's natural resources — from supporting dam removal on the Klamath River to safeguarding ground water.

"He was a faceted person who had a great love for people," Woolley says, noting Nelson often wore an impish grin when engaging in spirited discussions. "More often than not, I think he was just trying to goad people into thinking about things."

Woolley recalled riding up the Klamath River in Nelson's jet boat in the immediate aftermath of the 2002 fish kill, where they viewed the ecological disaster first-hand. The experience, he says, made Nelson "more steely-eyed to keep fighting for the river."

Some of his favorite memories, Woolley says, were the many lunches he spent with Nelson, late Supervisor Jimmy Smith and Don Tuttle, a local historian and former county environmental services manager who died in May of 2020, at the historic Carson Mansion, where Nelson also volunteered as a docent.

Now, they are gone.

"They were all stalwarts," Woolley says. "The three of them are keeping an eye on things for us now. I hope they are together."

Connie Stewart, the chief policy advisor at Humboldt State University's California Center for Rural Policy, met Nelson while she was working for the Northcoast Environmental Center after graduating from college.

It was the beginning of a long friendship — he even helped teach her how to drive at the age of 37 — and one that included many of the same lunches that Woolley described, during which Nelson reveled in debating his friends. Only once, she says, did she get mad enough to walk away from the table.

As it turns out, Stewart recalls, she then ended up going out of town for a while and Nelson kept peppering her with phone calls about why they couldn't schedule another lunch. At one point, he even called her co-worker, who assured him Stewart was indeed out of town — as she was caring for her cats — because he was so concerned that she was still mad him.

"He threw his opinion around," Stewart says. "He truly was a person who loved to debate his friends."

Hanging out with Nelson was anything but boring, she adds.

"There was absolutely nothing politically correct about Denver and that was actually what made him so special," Stewart says, noting "he loved his community, he loved the environment and he loved his friends."

Stewart says Nelson was someone who actually sought out others who would question his ideas — a rarity, especially when considering the current social climate in which people are too often content to stay in their collective corners, whether it's the newscasts they watch or the company they keep.

"He was refreshing because he was not interested in hanging out with people who didn't challenge his opinions," Stewart says. "What a loss because the world needs more people like him. I will miss the heck out him."

When not debating in person, Nelson often put his opinions to paper, penning letters to the editor and columns for local papers on myriad subjects — from cannabis and carbon credits to the Klamath River and ecotourism.

A decorated Vietnam veteran who was awarded the Bronze Star while serving as an Air Force flight surgeon, one of his last was a My Word column written for the Times-Standard in November that details his experiences there.

"I have mixed feelings about the Vietnam War. As a doctor and flight surgeon, I saved many lives," Nelson wrote. "It was the best and most rewarding year of my 40-year medical career. I got to fly Air Force rescue helicopters and jet fighter planes. Most people who were there would say it was a f—ed-up war and I would agree. If a country is going to have war, the leaders should realize that war is the ultimate failure of resolving any differences and the absolute last resort."

He ended the piece with: "As Sen. Warren Rudman said, 'Once you've seen combat, there's not much else in life that will intimidate you.'"

His family says there will be no services. In lieu of flowers to remember Nelson, they suggest making a donation to a favorite charity or to the Humboldt-Del Norte County Medical Society Future Physician Scholarship Fund.