Removing a Monument to a Eugenicist Nazi Collaborator 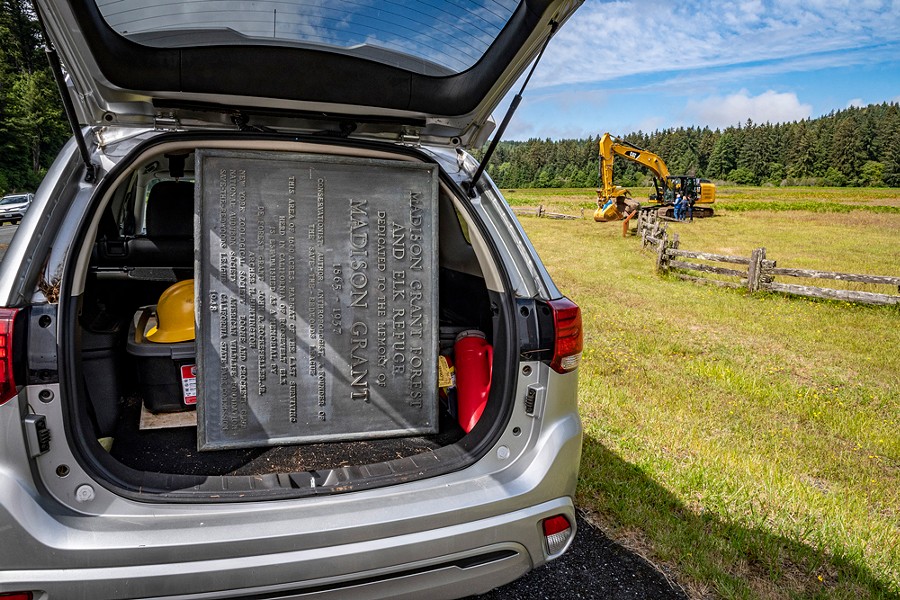 Photo by Mark Larson The large stone monument in memory of Madison Grant, after the plaque had been removed, awaited its move to a flatbed trailer on June 14.

On June 15, while shooting some of the images of Prairie Creek featured in this issue, photographer Mark Larson came across a team using an excavator to remove a massive boulder from which it pried a plaque. Victor Bjelajac, North Coast Redwoods District superintendent, was on site for the removal of the Madison Grant Forest and Elk Refuge's marker and explained the decision, later outlined in a June 28 press release from the California Department of Parks and Recreation.

Grant, a Save the Redwoods League founder who died in 1937, did not limit his activism to nature preservation, but also promoted "racist, anti-Asian, eugenicist and anti-miscegenation laws," according to the release. An interpretive sign to be installed at the site explains the connection: "Because he thought redwoods were the 'apex species' of tree, he equated saving them with preserving White supremacy." It goes on to say Grant, a "regular contributor to the Nazi movement," had a successful writing career promoting eugenics and his work contributed to laws restricting immigration and outlawing interracial marriage.

In October of last year, 212 scholars and historians signed a letter to California State Parks asking it to remove the Grant memorial. Among its authors is Paul Spickard, a professor who teaches the history of American immigration and race at the University of California at Santa Barbara and has authored and edited 20 books on the topic. He says his colleague and fellow historian David McIntosh, also of UCSB, sought out Grant's monument while rained out during a trout fishing trip to the park. Spickard and Rena Heinrich of the University of Southern California joined him in drafting the letter, and soon scholars from around the world were signing on.

District Interpretive Program Manager Marnin Robbins says plans were already in the works to address signs and place names that have "a discriminatory nature" under California's Re-examining Our Past Initiative but the letter was "an extra push." Another interpretive sign placed in Humboldt Redwoods State Park at Founders' Grove in 2020 addresses links between the Save the Redwoods League and eugenics, and disavows the racist ideology. "I think it's fair to say that [among conservationists] it was a prevailing theory, eugenics," says Robbins. The 19,000-pound boulder with the Grant plaque (which nearly tipped the excavator) was installed in 1948 in "an attempt by those who knew him to rehab his reputation" after World War II, describing him on the memorial as a "conservationist" and "anthropologist." Robbins says, "He was none of those things. He was a socialite, a wealthy individual who had some powerful friends. ... Part of the reason we have any redwoods today was because of him but he also used that influence to pass laws that were harmful to people not only here but in other countries."

Other sites are under review throughout the state and in Humboldt.

"It's part of a larger effort to build a parks system that is more inclusive and equitable," Robbins says, listing the planned partnership with the Yurok Tribe to co-manage the Stone Lagoon Visitor Center and hiring Indigenous interpreters to tell the park's history among the changes. "We're on their land, essentially."

In the press release, Yurok Tribal Heritage Preservation Officer Rosie Clayburn makes a direct connection between eugenics and harm against Native people, saying, "We applaud State Parks' decision to remove the Madison Grant Memorial. In addition to espousing racist ideologies, members of the eugenics movement destroyed numerous Native American burial sites to collect the skulls that were used to support their ridiculous and harmful claims."

Over the phone, Spickard elaborates on the views espoused by Grant — who, as a founder of the Bronx Zoo, subjected a Congolese man to display in the monkey house — and the influence of his 1916 book The Passing of the Great Race. Grant, he says, feared white people would be "outbred by brown skinned people ... and he was particularly troubled by Jews." His work fueled a series of immigration laws, including the 1924 Immigration Act, limiting the number of people allowed from Eastern Europe, Southern Europe and Africa, and outright banning those from Asia and the Middle East, based on his racist evaluation of their genetic stock. Until his death, Spickard says Grant was working with future war criminal Hermann Göring, sharing the eugenicist ideas that would provide foundation for the Nuremberg Race Laws, which determined who would be defined as "racially Jewish" and thus stripped of German citizenship and removed from the general population. Spickard notes, "Adolph Hitler wrote him a fanboy letter in which he referred to The Passing of the Great Race as 'my bible.'"

Spickard, McIntosh and Heinrichs came up to Humboldt for the removal ceremony, which was attended by representatives of California State Parks and National Parks services, the Yurok Tribe and the Save the Redwoods League. "It was great. There were a bunch of really smart, really great people involved," Spickard says, adding that he appreciates the work being done by the "good people" of Save the Redwoods League to grapple with the organization's history and publicly reject the racist ideals of some of its founders.

"We don't want to erase the past but we do want to put it in context. ... For 73 years, we have honored [Grant] without thinking about the main stuff he did with his life and we need to think about that," Spickard says. "I don't have a desire to spoil people's recollections of their ancestors but let's tell the whole story ... and let's be our better selves." 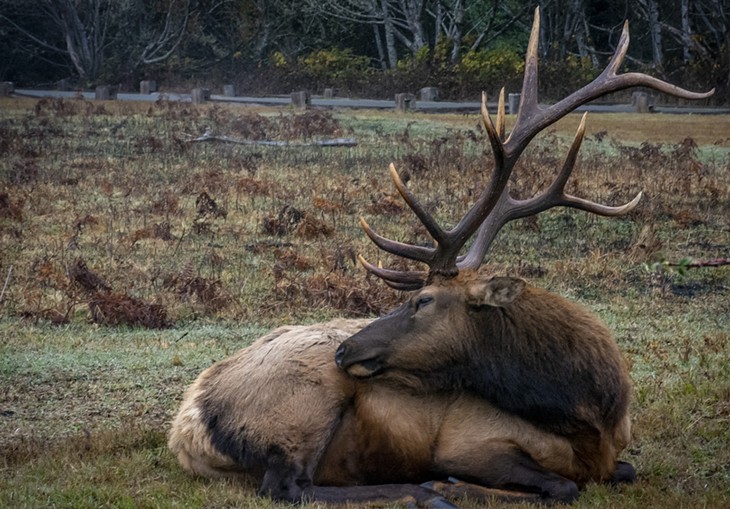 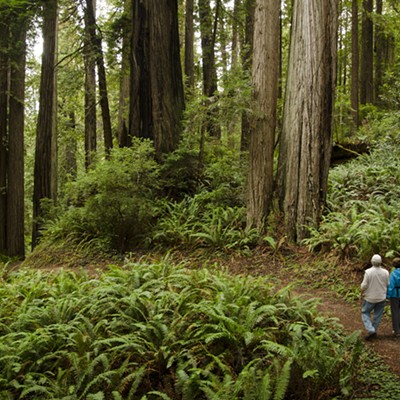 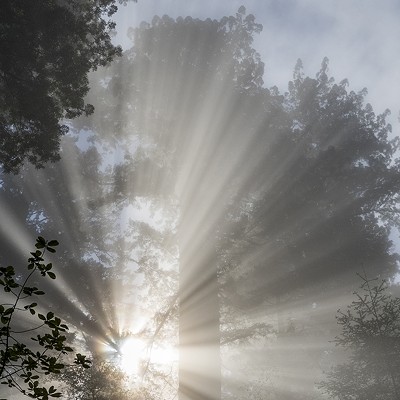 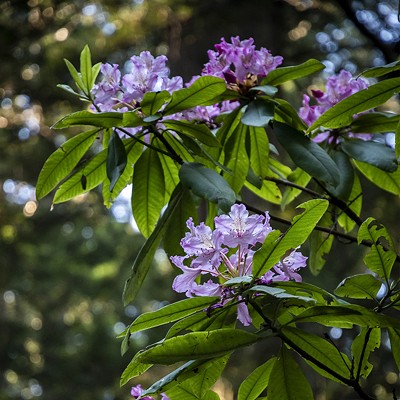 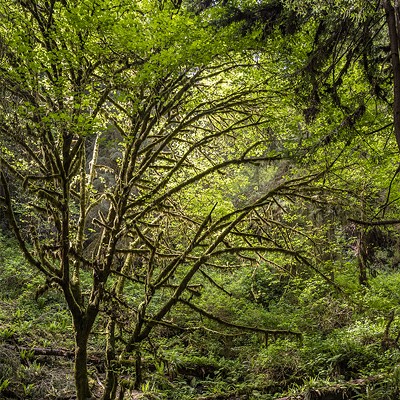 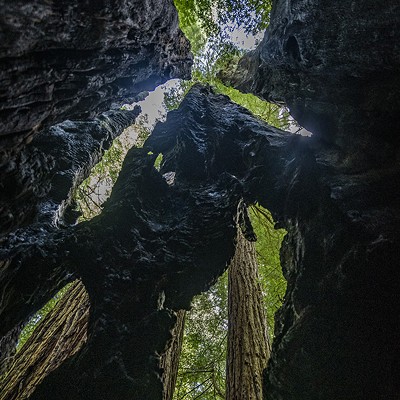 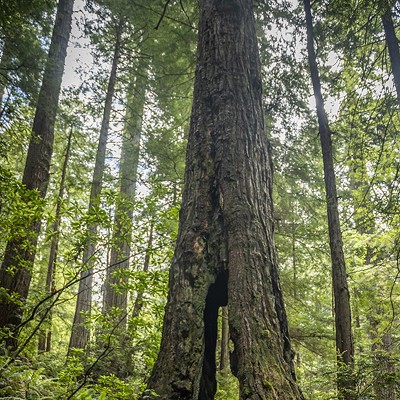 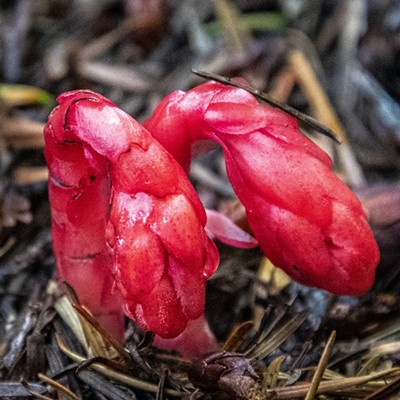 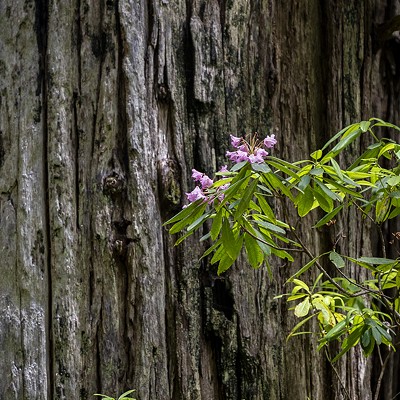 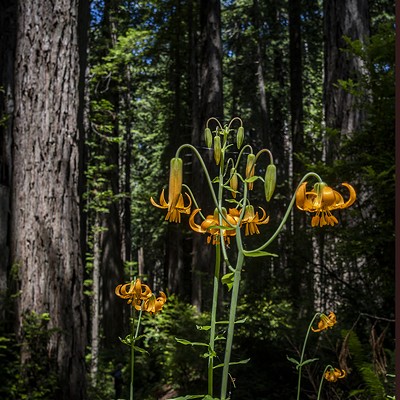