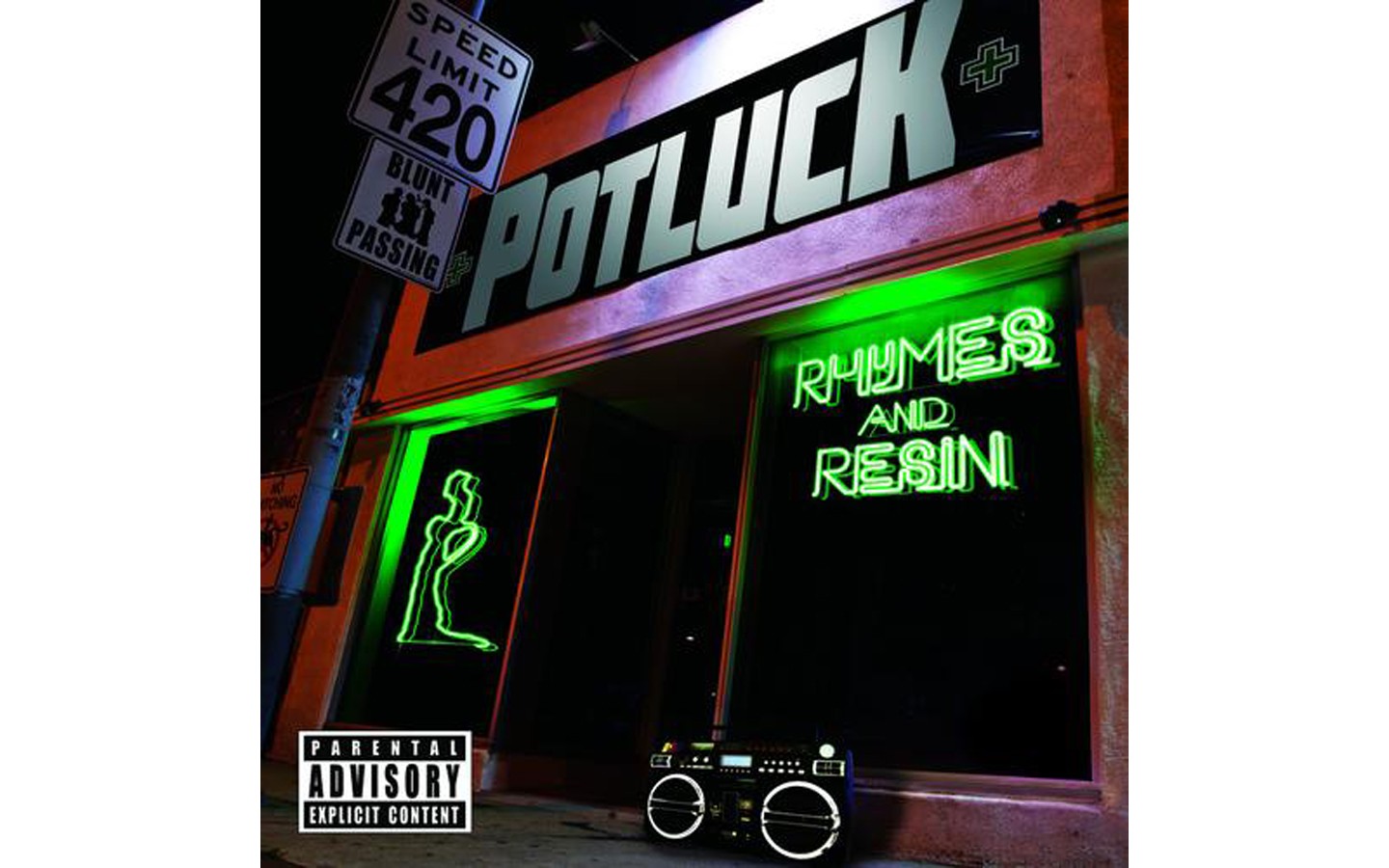 Potluck's fourth studio album, Rhymes and Resin, released this summer, makes a strong case for independent Humboldt hip hop, showcasing good beats, talented rhymers and scorching guest verses to create a nicely evolved sound. 1Ton and Underrated make up Potluck -- they support and complement each other. Underrated made most of the beats on the album -- an impressive feat given that they are varied and quite enjoyable. The two have been making music and touring together for more than a decade -- the result is a well-honed sound anchored in hip hop basics.

Topically, their tracks cover the fundamentals: lots of references to herbal refreshment and how capable the pair is at rapping. If you know Potluck's style -- head-nodding raps over classic style beats -- then this album will appeal to you.

1Ton has a charismatic delivery style complete with crisp enunciation and clever couplets. Underrated has a lyrical flow with the capacity for blistering speed. The fastest tune? Underrated's follow-up to the "Two Minute Drill" from Pipe Dreams, this time called "3 Minute Miracle." In a single breath-compressing take the rapper runs down pop culture while bragging about his increasingly evident capacity for rhyming.

One of the most challenging and thoughtful songs is the collaboration with local conscious reggae star Ishi Dube: "Gonna Be Alright." This tune about people struggling through the economic depression has a great verse by 1Ton: "I was born for battle in the middle of a war/Not scared [of] being poor, 'cause I been there before/No matter how bad it gets I'm always gonna come back/ I rise from the struggle I been there I done that."

Guest stars contribute a lot to this album. Let's acknowledge the profoundly capable verses given by local star Mr. Garth Culti-Vader. He adds strong additions to "Smoke Session" and "Last Call For Alcohol." In between the nice scratches by DJ Wicked come potent verses by Ill Bill and Boston's Slaine. The album also boasts the most rebellious verse I've ever heard from Murs, who outs himself as a nerd and a Juggalo in his Potluck collaboration "Hands Up" with Mistah F.A.B.

It might be that they're growing up, but the duo articulates a slightly more complicated view of rapping and smoking weed on this album. One standout non-traditional song is the concluding track, "Show the World," where Underrated and 1Ton expose some of the sacrifices they've made for their art.

With Rhymes and Resin Potluck manages to take risks and still affirm their position at the top of Humboldt's rhyming hierarchy. Confidence in their own capabilities and a willingness to share the stage with other local artists make them the grandparents of Humboldt hip hop.