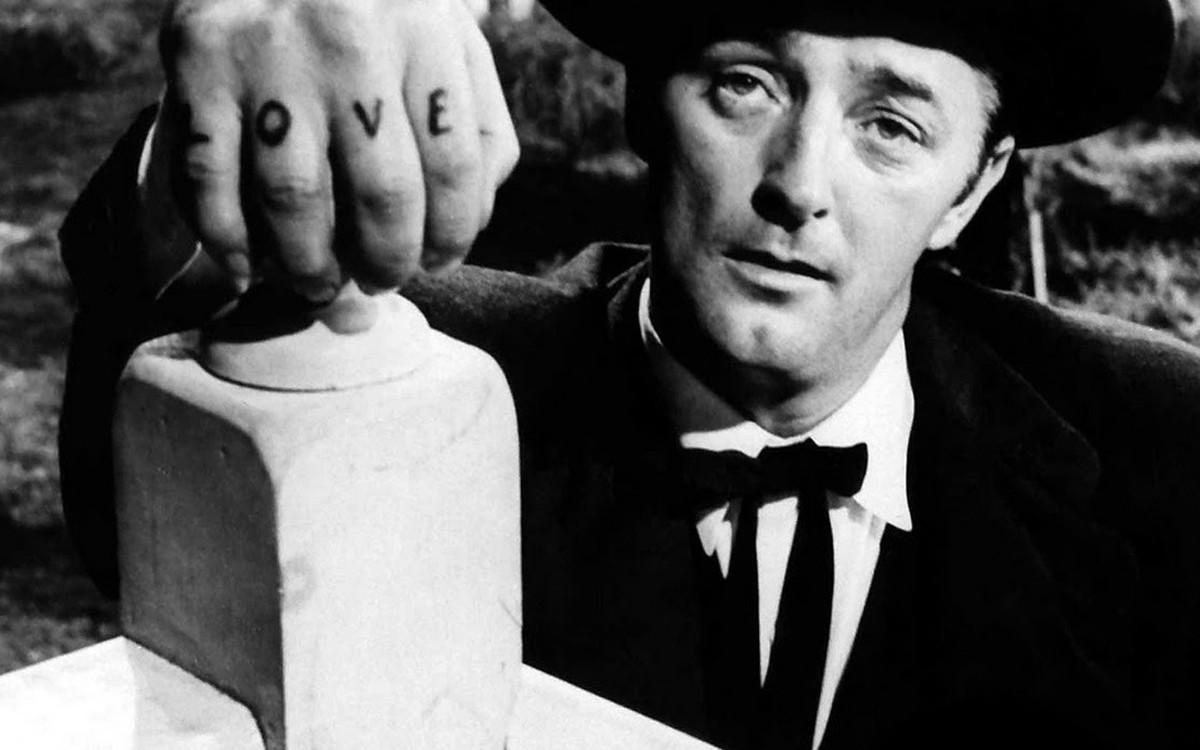 The screening Tuesday, July 12, hosted by Journal film critic Charlie Myers has another dark Mitchum role as Rev. Harry Powell, the faux preacher in the The Night of the Hunter with "love" tattooed on the knuckles of one hand, "hate" on the other. Charles Laughton's sole film as director, the screenplay was based on Davis Grubb's first novel, which became a finalist for the 1955 National Book Award.

Tuesday, July 19, yours truly provides the introduction for Out of the Past, a film noir classic from 1947 directed by Jacques Tourneur. Here Mitchum portrays gas station owner Jeff Bailey, who has a secret past as a private eye with ties to New York gambler Whit Sterling (Kirk Douglas). When an old acquaintance shows up by chance it sends Jeff on a twisted return to his former life. Daniel Mainwaring (aka Geoffrey Homes) wrote the screenplay adapting his own novel, Build My Gallows High.

The summer series concludes Tuesday, July 26, with KIEM's Philip Wright as host for the Howard Hawks Western, El Dorado, based on the novel The Stars in Their Courses by Harry Brown. Mitchum co-stars with John Wayne as a sheriff and a gunslinger team up to help a rancher in a range war over water rights.

All Based on the Book screenings begin at 6:30 p.m. at the library's Eureka branch, 1313 3rd St. For further information go co.humboldt.ca.us/library. The series is sponsored by the Friends of the Redwood Libraries.