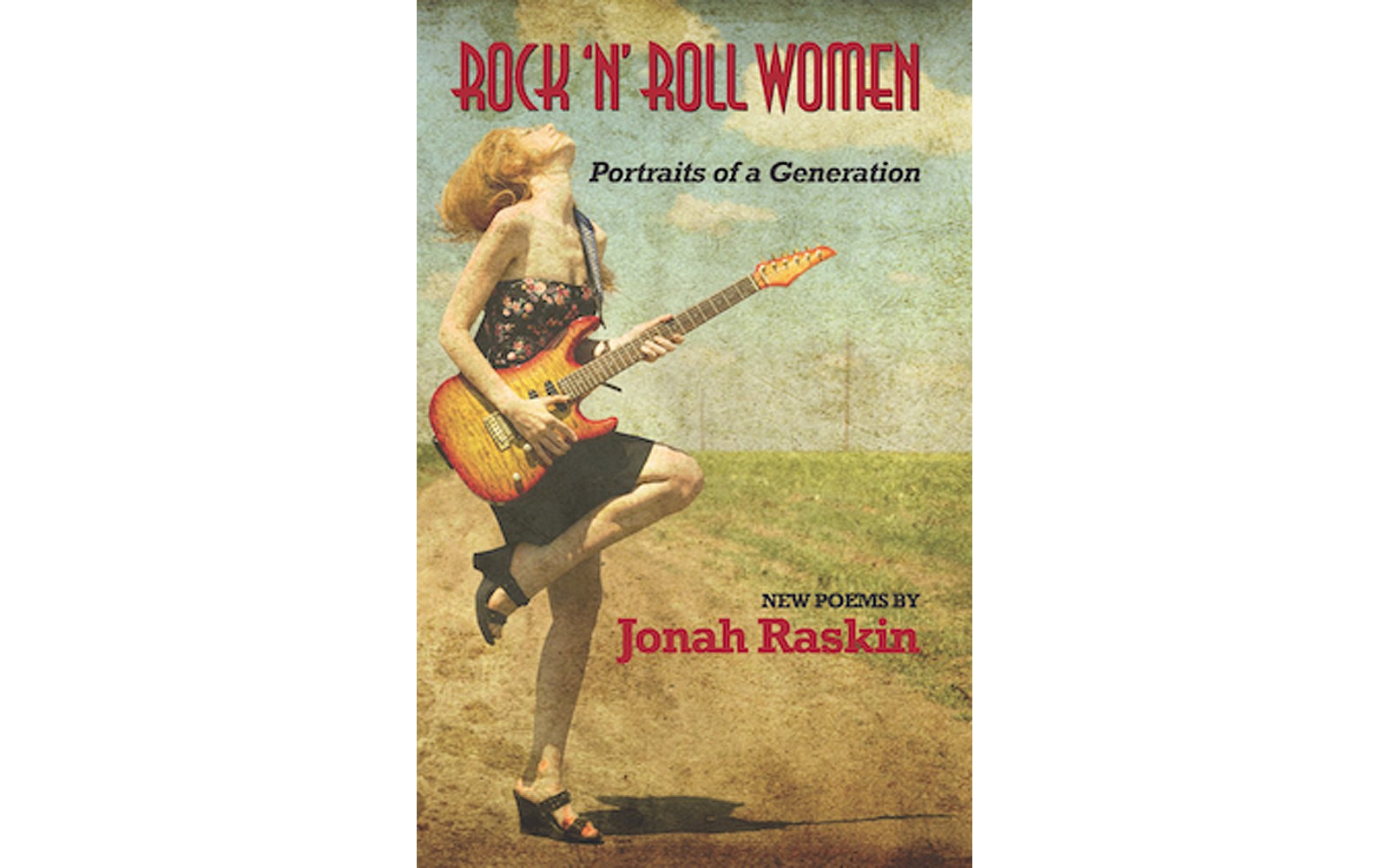 The phrase "rock 'n' roll" describes a diverse genre of music, the makers and listeners of which span generations, class and cultural bounds. Rock can be unpretentious, raw, emotional, comical, glamorous, heartbreaking, dark or light. Rock is loved by many, and for some, rock music is a lifestyle. Indeed, rock is an attitude that can be taken to the point of ritualism.

Rock music is undeniably part of all our lives and histories; just like the nostalgia-invoking power of certain smells, rock invokes vivid memories of the times, places, and faces of our lives. Jonah Raskin's new collection of poetry, Rock 'n' Roll Women: Portraits of a Generation, captures the essence of such rock evocations with respect to his experience as a man who grew up in what was arguably the height of rock 'n' roll.

In the introduction to this compact volume, Sonoma-based poet/journalist Raskin (born 1942) recounts his first exposure to rock via a curly-haired dishwasher chick who blasted Bo Diddley on her record player. Importantly, he points out that he almost always listened to rock music with other people, and those people were mostly women. His collection is a tribute to standout rocker women from his past and present.

Raskin uses lyrical devices like onomatopoeia, alliteration and rhyme to essentially entangle the powerful essence of each woman he honors with the rock he associates with her, in some cases women musicians who rock, in others women affected by rock. Consider, for example, the poem titles "Joan and Joe Cocker," "Sadie and Beach Boys/Sex Pistols," "Penny and The Joy of Cooking," and "Monica and Beyoncé." (Note: Men are not entirely left out of the collection.)

Using direct and familiar imagery, every theme he conjures is recognizable, regardless of what era the referenced rock star or group is from. Raskin includes a short list of some of his favorite rock albums at the end of the collection for the reader to pursue and enjoy.

The beauty of the collection is how it underscores the circular nature of artistic creation: beauty, emotion and art in turn inspire more beauty, emotion, and art. Women and rock inspire Raskin -- together. The enjoyment for him is a package deal. His language, like a good rock song, is unpretentious; he does justice to the women he celebrates.