Courtesy of the artists 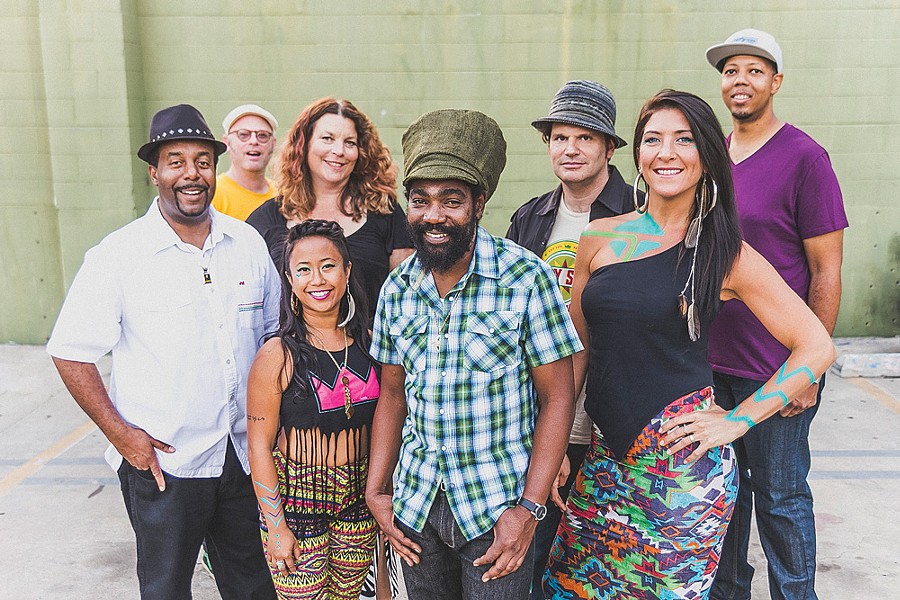 Where did "Southern Rock" come from? The easiest answer is "The South" but you already knew that. Things get a bit more complicated after that. With a measure of the blues (from the South), early rock 'n' roll (built off the simplicity of the blues) and country music, Southern Rock has mutated and changed over the decades leaving a wide gulf between folks like Lonnie Mack and let's say, Kid Rock. However, let's leave trying to pinpoint what Southern Rock really is and how "The War of Northern Aggression" influenced the lyrical content of Southern writing. Let's mention another musical giant we lost recently and one that I think all could agree had a huge influence on shaping whatever Southern Rock is, although he loathed to call it as such: Gregg LeNoir Allman. When I first heard them on the radio, The Allman Brothers Band's sound seemed woven into the L.A./S.F./N.Y.C./London rock I was used to, while also having a distinct element to it. Similar to my discovery that Creedence Clearwater Revival members didn't actually live in a swamp (El Cerrito, California, in fact), discovering that these long-haired hippy jammers were from someplace named Macon in Georgia started to make sense. They could pull off the S.F. psychedelic long jams a la The Dead, they had the technical chops to blend jazz into their tunes, gospel was no stranger to them and they weren't afraid to get down to acoustics and sing about rivers and birds and remind us that "love is everywhere." Gregg Allman provided the muscled backdrop to many of the songs and had a voice that by all accounts shouldn't have been in his body. Along with the Allman's music, Gregg's voice could hint at pain and suffering but easily yield to weightless hope and joyousness in the middle of a phrase. I think that's a huge part of what kept the Allman audience enraptured decade after decade. You could hear the music in the sunshine on the banks of a river, or in the Fillmore East and be equally compelled to dance and smile and celebrate. Go back and celebrate with Gregg's music and raise a glass to the memory of another brother gone.

You've got some folky options to get your weekend started off early. The Mad River Brewery Tap room has Fingal returning with its fiddle-based tunes starting off around 6 p.m. for this free gig. Feel free to bring the kids out to this one and maybe leave your dog at home, unless it drinks beer. One hour later, Joel Sonenshein — of Humboldt Folklife fame — will be hosting the Humboldt Folklife Society Sing-Along at the Arcata Community Center where you can "sing your favorite folk, rock and pop songs ... songbooks provided, just bring your voice." I think this one's free as well, and remember, Joel can't say no to a Beatles song. See if the group is up for "It's All Too Much." Savannah based reggae-rockers Passafire are stopping by Humboldt Brews tonight at 9:30 p.m. They released their album, Longshot earlier this year so expect to hear cuts from that. A good title on its own, the band settled on the name for that album after hearing repeatedly how making it in music these days is such a long shot. As the band is almost constantly on the road, it seemed like a fitting tongue-in-cheek nod to their lives. Help these road warriors make the long shot with your $15 ticket.

The funky and fiery jazz improv of Ultra Secret is on tap at 6 p.m. at the Mad River Brewery Tap Room. Sip on some John Barleycorn while the band weaves in and out of its jams. It's a free show — as all MRB shows are — but feel free to show the band your appreciation whether by tips or raucous applause. My reggae-inclined friends have been mentioning a show at the Sapphire Palace tonight in the Blue Lake Casino and Hotel. Dual Italian and Jamaican roots-reggae artist Alborosie and The Shengen Clan are hitting the big stage at 9 p.m. with some songs from last year's Freedom & Fyah. Grab your $35 tickets early, as this will be a packed show. Also at 9 p.m. will be local rock n' roll band The Movers and the Shakers playing on the Palm Lounge stage for free.

It's the 41st annual Summer Arts and Music Festival happening at Benbow Lake State Recreation Area hosting more than 70 "of the best local and regional bands, dance troupes and children's entertainers." I don't have the word count — or mental capacity — to list all the artists on the bill, but scroll the list, which includes reggae dub band Easy Star All Stars, Latin fusion from Locos Por Juana, Americana via The Brothers Comatose and a host of locals, at www.mateel.org and be amazed. Locals The Yokels are back at the Mad River Brewery Tap Room at 6 p.m. for a free show. The International Katarzyna Mycka Marimba Academy is teaming up with Marimba One and Humboldt State University to put on a marimba concert series over the next couple days here in Arcata, which should be no surprise as local Marimba One produces some of the most sought after marimbas in the world. The concert series starts tonight at the Arcata Playhouse at 7 p.m. featuring Katarzyna Mycka (Poland), Andreas Boettger (Germany), Jean Geoffroy (France), Juan David Forero (Colombia), Conrado Moya (Spain) and Filip Mercep (Croatia) performing music by Bach, Mussorgsky, Liebowitz and Wirtz. Arts Alive is happening this first Saturday of June in Old Town Eureka, and if you stop in for some fancy beer at the Siren's Song Tavern, you'll get to hear newish local band Echo Rows performing for free. Last time I heard them play, they had a dialed-in rock sound with strong influences of '90s rock and some concise and well-played guitar leads. Rumor has it that two of the band member's toddlers may try and check out their dad's gig. Local lunar-dirge-rockers Strix Vega (myself included) join the 8 p.m. bill.

The 41st annual Summer Arts & Music Festival continues along its merry way, as does the International Katarzyna Mycka Marimba Academy Concert Series (let's just call it IKMMA from now on all right?) which has its performance at HSU's Van Duzer Theater at 7 p.m. with some solo and chamber works for $15 and I think $10 for HSU students.

Local bass shredder Dan "Wookie" Davis will be tearing it up with his roots metal band War Möth this evening at The Siren's Song Tavern at 7 p.m. They're hard at work on their debut album, and even though this is a free show, feel free to drop a few quid into the tip jar so these guys don't need to beg on Kickstarter or something like that. They're joined by local band Buckshot Possum, who I'm told play "western porch metal" and doom/stoner metal band Wizzerd all the way out from Montana. Throw up the horns and rock on.

Andy Powell is a congenital music lover and hosts The Album of the Week Show on KWPT 100.3 FM Tuesdays at 6 p.m. Eat a peach for peace.