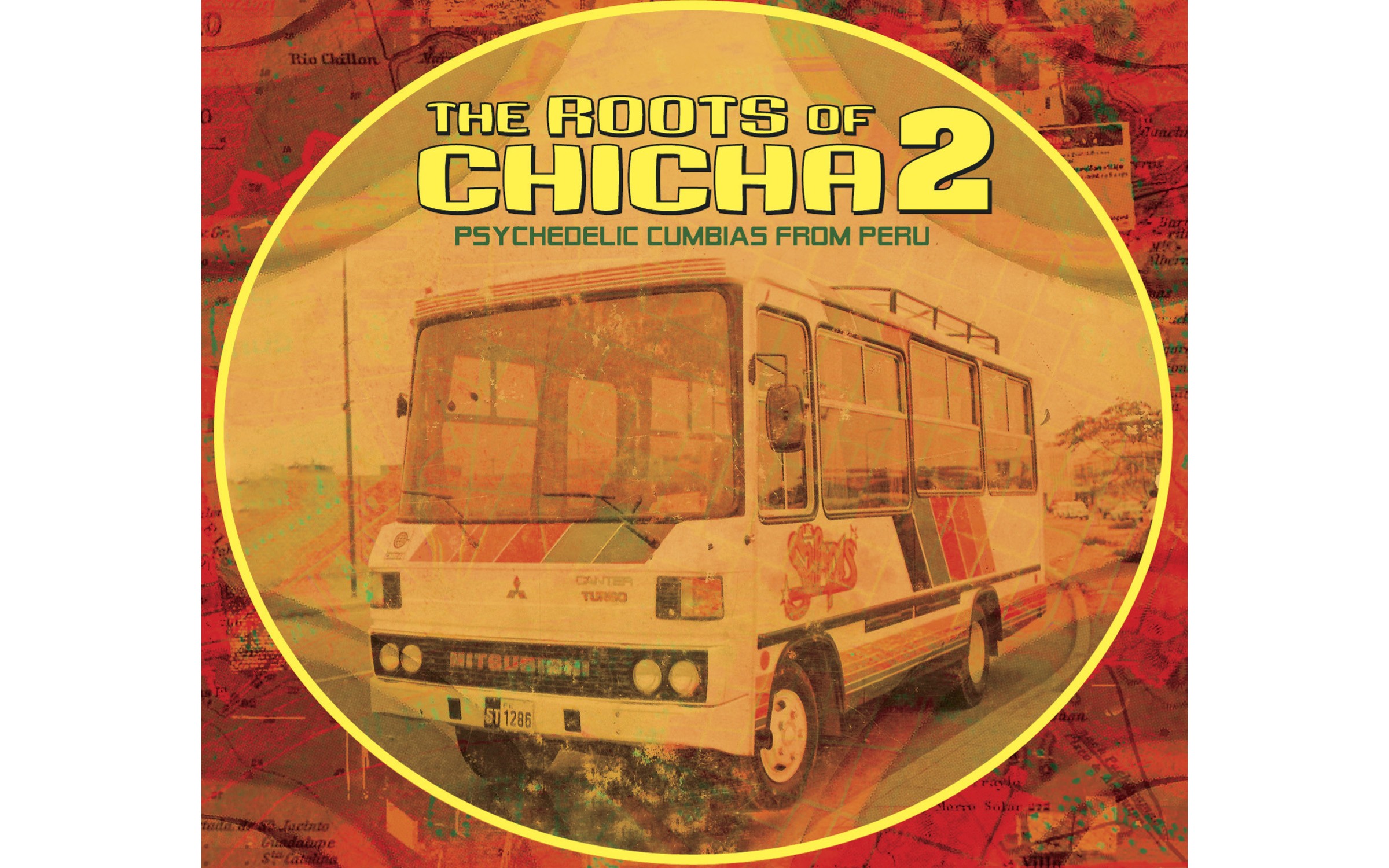 The electric guitar is one of the great (and constructive) creations of innovation, designed and manufactured originally in the U.S. What started out in the 1930s as collaboration between electronic enthusiasts and musicians would eventually see the beginning of mass-produced electric guitars. By the '60s and early ‘70s, the electric guitar's presence in music across the globe was enormous, spanning from Africa to South America and beyond.

The cross pollination of traditional and contemporary, urban and rural, and domestic and international is immediately evident in the Peruvian chicha movement, named after an ancient alcoholic drink of fermented maze popular among the Incas. Chicha is also a word synonymous with the working class slums of Lima and the people who live there.

Thanks to Olivier Conan, music fans now have a second cohesive volume of Peruvian chicha music, Roots of Chicha 2, with selections spanning from 1968 to 1981. Conan, who compiled the disc, is also owner of the Barbes label, co-owner of a Brooklyn bar/performance space of the same name, and a member of the Brooklyn-based contemporary chicha band, Chicha Libre.

"I got lucky," writes Conan of the initial 2007 Roots of Chicha and its success in the new volume's liner notes. "The songs I picked, mostly by instinct, turned out to be the most emblematic of the ‘60s and ‘70s."  With the surprise impact of his first volume, Conan revisited Peru numerous times to delve deeper into the music's history with aficionados and surviving musicians of that period and listen to scores of additional bands and songs. "The second volume is not a sequel. It's an attempt to rectify some of the biases and inaccuracies of the first volume."

Here, Conan focuses more the urban aspect of the music, which adopted elements of Cuban and Afro-Cuban influences. And there's that electric guitar. Chicha guitarists, many of them classically trained using the Spanish guitar and playing criollo waltzes, switched over to electric guitar (also armed with the wah-wah pedal and "fuzz" effect boxes) and incorporated a wide array of musical styles, including surf guitar.

Root of Chicha 2 presents a nearly all-new selection of bands (with the cornerstone chicha band, Los Destellos, the only exception). It's an excellent compilation that keeps alive a music that had been long ignored - even by many Peruvians (Conan's Chicha series has also helped ignite a resurgence of chicha music in Peru). More importantly, the music's deep tradition of fusing contemporary influences and traditional cumbias with a garage-rock charm, created an original form of electrified folk music, one that reflected a determination of the country's working class, often in turbulent times.