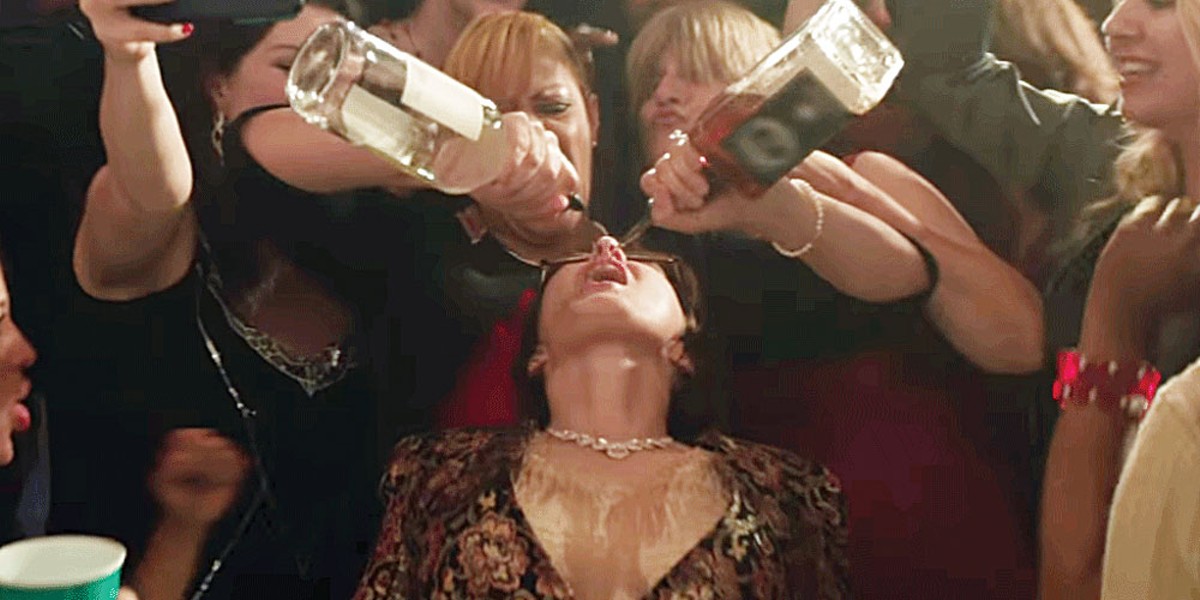 Office Christmas Party A return to American values means we don't have to call this a "holiday" party.

OFFICE CHRISTMAS PARTY. In the early going, I had reason to be optimistic, albeit cautiously, that this might join the ranks of the Christmas movie canon. It seemed to be subtly stealing all the right elements from some true classics: Chicago setting and bonuses at risk from Christmas Vacation, office setting gone wrong from Die Hard. The jokes were coming thick and fast, at a pace unparalleled among recent comedies, and the cast featured dead-reliable comedy veterans. But then the influence of too many writers became clear, the movie lost its momentum.

Josh Parker (Jason Bateman) has finally concluded a painful, expensive divorce (from an oddly unseen, unnamed spouse). Despite this, Josh remains upbeat, cool and sarcastic. It's Jason Bateman, after all; he's great but not exactly a chameleon. Freshly minted divorce papers in hand, he makes his way to work. His job as chief technical officer at Zenotek, a mid-large IT company, keeps him in close quarters with gifted programmer Tracey Hughes (Olivia Munn), with whom he is quietly infatuated, and with branch head Clay Vanstone (T.J. Miller). Clay has taken over management of the office from his late father, who founded the company. He values the quality of life of his employees more than he does profit but, despite his best efforts, both appear to be flagging. This does not go unnoticed by his ambitious, interim CEO sister Carol (Jennifer Aniston), who summarily cancels the office holiday gathering, threatening to shutter the branch entirely if it does not meet a seemingly unattainable earnings goal. Clay's solution is to turn the holiday gathering into a monstrous Christmas party and use it to court a representative from a potentially life-changing client. Things get out of hand: A prostitute's coke stash ends up in the snow machine, penises are made with 3D printers, reindeer drink from toilets.

The cast almost carries this all of by sheer force of will. Kate McKinnon, as the seemingly buttoned-down but actually insane head of HR, steals every scene with her special brand of nuanced crazy. Vanessa Bayer and Randall Park attempt an ill-conceived liaison in the daycare room. Jillian Bell makes the most of an under-developed role as a vicious pimp. Bateman and Munn's chemistry feels genuine, and both deliver genuinely funny punch lines. And Miller, who is really at the center of the narrative, is both hilarious and sad as an adult kid who cares too much about everyone else to take care of himself.

The problem here, as is so often the case with comedy, is that the back half of the script loses the punch and polish of the first act, and the movie starts to lean too heavily on the cast. I should have known that the joke pacing was unsustainable. Somewhere along the line, the various threads of the narrative start to separate and the movie becomes focused on the debauchery and its aftermath. Spoiler alert: it's not nearly as crazy or out of control as the trailer would have you believe, and the resolution is just as cute and convenient as you would expect. R. 105m. BROADWAY, FORTUNA, MILL CREEK.

NOCTURNAL ANIMALS. Maybe I should I have led with this one. Writer/director/fashion mogul Tom Ford's first feature since his debut, A Single Man (2009) is a singular, visceral, sumptuous experience that is as engrossing as it is challenging. Adapted from Austin Wright's novel Tony and Susan, Nocturnal Animals uses an allegorical story within a story to examine the devastation of lost love and the compulsion toward revenge, however futile it may be.

Susan Morrow (Amy Adams), a sleepless art gallery owner with a handsome, dashing husband (Armie Hammer) who carries on affairs, feels alone and unfulfilled; there is a void that her wealth and style and success leave empty. One day, a package arrives from her first husband, Edward (Jake Gyllenhaal). It's a proof of the novel he has written and dedicated to Susan. With her husband away, she stays up late reading, increasingly troubled by what she finds in the book. As she reads, the events of the novel's narrative play out onscreen. Tony (Gyllenhaal again) and Laura Hastings (Isla Fisher), with their daughter India (Ellie Bamber) embark on road trip into a desolate part of west Texas. Driving through the night, they come upon some questionable types playing dangerous games on the highway with their GTO. Eventually, the Hastings family is run off the road. Tony is separated from Laura and India, and left in the middle of the desert. Eventually he makes his way into town and contacts the local sheriff, who in turn brings in detective Bobby Andes (Michael Shannon). The outcome of his investigation is both terrible and inconclusive, and it brings Bobby and Tony together in an irrevocable trust.

As the Hastings family saga plays out, the narrative periodically shifts back to Susan, who looks back on the unpleasant dissolution of her marriage to Edward, some 20 years before. She regrets her handling of the situation and attempts to reach out, but some damage cannot be undone.

Nocturnal Animals is too accomplished and beautiful a thing to cheapen by simply listing its attributes. Its temporal sections are each defined by a rich, distinct tone and color palette: The cool, stark angularity of Susan's present day world set against the dusty, saturated earth tones of the Hastings narrative and the warmth and closeness of her New York love affair with Edward. The cast as a whole — including a heretofore unmentioned Aaron Taylor-Johnson as a loathsome, calculating sicko — is flawless, unified in telling an intense and gutting story. It is a relatively simple one but told with such attention to detail, such authenticity and art, that it becomes much bigger and deeper than it might seem at first glance. R. 116m. BROADWAY

COLLATERAL BEAUTY. A grieving man (Will Smith) communes with Love, Time and Death in an effort to make you ugly cry in public. With Ed Norton and Helen Mirren. BROADWAY, FORTUNA, MILL CREEK.

LOVING. Ruth Negga and Will Dalton star as the married couple who took Virginia's anti-miscegenation law to the Supreme Court in 1967. PG13. 123m. MINOR.

ROGUE ONE: A STAR WARS STORY. A young rebel (Felicity Jones) leads a crew of soldiers and assassins to destroy the Death Star her father built. If women and people of color in lead roles are ruining your childhood, stay home you should. PG13. 113m. BROADWAY, FORTUNA, MILL CREEK, MINOR.

CHRISTINE. Based on the grim on-air death of a Florida TV news reporter (Rebecca Hall) with thwarted ambitions and a crumbling personal life. You know, a fun journalism movie. R. 119m. MINIPLEX.

DOCTOR STRANGE. Benedict Cumberbatch and Tilda Swinton star in a Marvel movie bogged down by pseudo-philosophy and lifted up by strange and wonderful special effects wizardry. PG13. 120m. BROADWAY.

HANDMAIDEN. A young woman on the grift in Japanese-occupied Korea poses as a servant and gets involved with the woman she's supposed to con. Starring Tae-ri Kim and Min-hee Kim. NR. 144m. MINIPLEX.

HARRY AND SNOWMAN. Documentary about a man who rescues a busted farm horse and turns it into a champion show jumper. NR. 84m. MINOR.

THE LOVE WITCH. Arcata-filmed retro comedy-horror with a witch looking for love in all the wrong potions. PG13. 120m. MINIPLEX.

MOONLIGHT. Attention to the little things and small, powerful moments make for a much wider and more hopeful picture of the world in this three-part coming-of-age-and-beyond story. Starring Mahershala Ali. PG13. 111m. MINOR.