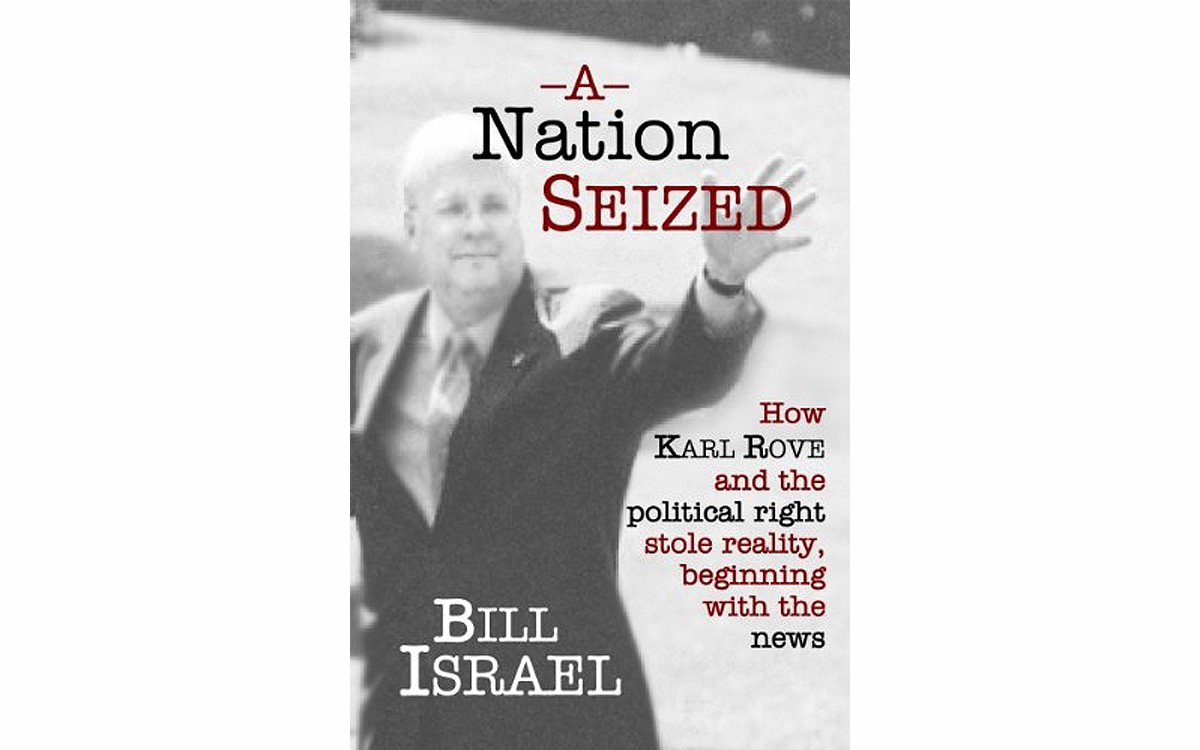 Barack Obama announced his reelection campaign on April 5, and within hours Karl Rove, the crafty political strategist once famously dubbed "Bush's Brain," was on Fox news opining on the field of Republican candidates. Minnesota Governor Tim Pawlenty was cited as a leading contender. Was there anyone stronger out there?

"There could be someone stronger," Rove replied. "But we won't know for seven, eight or nine more months until these people react to events, plan their campaigns and create narratives."

Creating a narrative is Rove's specialty -- a skill he deployed masterfully as a campaign strategist for George W. Bush's 1994 and 1998 gubernatorial victories, as well as his 2000 and 2004 presidential campaigns. Rove's modus operandi is something that author -- and former North Coast Journal contributor -- Bill Israel has studied firsthand. Now a professor of journalism and political communication at St. Mary's University in San Antonio, Texas, Israel once helped Rove teach a course in college journalism, giving him an inside view of Rove's political philosophies.

While working at the intersection of media and Washington politics, Israel met and fell in love with his colleague Claudia, a native of the North Coast. In 1974 Israel helped Claudia and her two children move to Eureka so she could be close to her family and build a life away from the buzz of the nation's capital. Shortly thereafter, the two married and settled in Humboldt County.

In a recent phone interview, Israel said this area is a political microcosm for the nation. "Arcata and Eureka are good at representing the opposing forces in the country. You've got the industrial base and then the more freethinkers who associate themselves with education and equal opportunity," Israel said.

Upon graduating with his Master's in 1994, Israel entered the university's Ph.D. program in journalism and political communication. He also began teaching classes in reporting. In the spring of 1998 Israel was asked to assist with teaching a class called "Politics and the Press." It was there that he met Karl Rove. The political mastermind had been hired to team-teach with Israel and journalist Dave McKinney. What Israel witnessed in that classroom would provide the impetus for his book A Nation Seized: How Karl Rove and the Political Right Stole Reality, Beginning With the News.

In the book, Israel says Rove was charismatic in the classroom and an ardent critic of the media. As Israel recalls, Rove spoke with calculated intelligence and responded to opposition with swift counterattacks -- traits he put to good use in his political machinations. Rove reportedly informed the class that defensiveness is merely a response to a perceived reality; it doesn't create a reality for others to behold. Translate this observation to American politics: While the right creates narratives, the left continues to play defense and react to fear tactics. This is precisely the type of strategy that Rove employed to manipulate the media and thereby tilt the political battlefield in his favor, Israel observes.

Like many neoconservatives, Rove openly admires Ronald Reagan. However, Israel alleges that Rove's real guru is the legendary advertiser Tony Schwartz. Perhaps Schwartz's most famous piece of propaganda was a 1964 TV commercial for Lyndon Johnson's presidential campaign that featured a little girl plucking petals from a daisy as a mushroom cloud rose above her. To hear Israel tell it, commercials like Schwartz' seem as influential to Rove as Bob Dylan's songs were to his political opposition. Over the years Rove has played a part in nearly 80 political campaigns, and in the process, Israel argues, he has perfected the art of media spin and negative campaigning.

Israel's thesis is that the world view Rove presented in those class sessions has since become the prevailing dialect of political discourse. The media have become so saturated in false narratives that the system now perpetuates itself in a feedback loop. Ultimately, Israel reasons, this is leading the American public to bite the hand that feeds, never realizing that it's their own.

Israel told the Journal that he'd planned to write A Nation Seized in collaboration with "the architect" himself, as George W. Bush once dubbed Rove. But when Rove learned of Israel's intentions he wanted nothing to do with it.

"He felt he was being thrown under the bus," Israel said. Rove went from offering Israel the keys to his summer home to severing their ties completely. The two haven't spoken to each other since.

Israel decided to write the book himself. It was nearly published by academic publishing house Rowman & Littlefield; however, they allegedly backed out fearing a lawsuit from Rove. A year later, Marquette Books, an independent publisher in Washington state, released A Nation Seized.

The Journal contacted Rove through his website, and he offered this perfunctory statement:

"As a grad student Israel was the teaching assistant for a class [that] an Austin journalist and I taught. And while we were on a friendly basis during that semester, it would be an overstatement to characterize us as personal friends then or since."