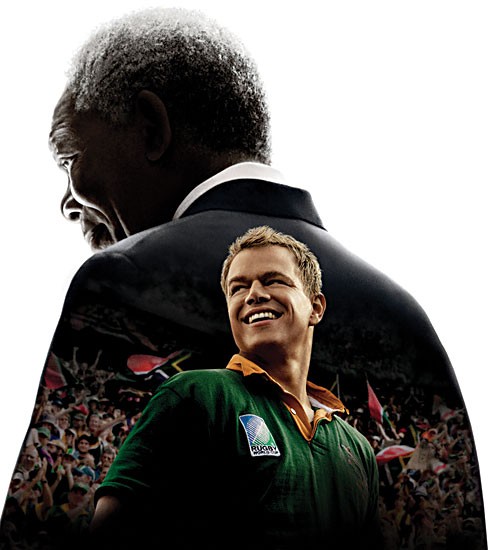 Opening Friday, Dec. 18, is the much-ballyhooed Avatar (3-D & conventional), from "king of the world" James Cameron. In the distant future on distant planet Pandora where the natives are tall, blue and have tails, a group of humans plan an invasion to secure a valuable mineral. Interspecies love causes complications. With Sigourney Weaver, Sam Worthington and Michelle Rodriguez. Rated PG-13 for intense epic battle sequences and warfare, sensuality, language and some smoking. 162m. At the Broadway (also 3-D), Fortuna (3-D), Mill Creek and Minor.

The romantic dramedy Did You Hear About the Morgans? features Hugh Grant and Sarah Jessica Parker as successful Manhattanites in a failing marriage. But when they witness a murder, the FBI sends them of to Nowhere, Wyo., for their protection. Will love re-bloom? Rated PG-13 for some sexual references and momentary violence. 103m. At the Broadway and Mill Creek.

Opening Dec. 23 is Alvin and the Chipmunks: The Squeakquel, and on Christmas Day Sherlock Holmes, It's Complicated and Up in the Air. See next Journal for previews.

For reader Suzanne Crothers (see letters last week) and others, The Road, A Single Man, Precious, The Lovely Bones and others will open sometime in January.

INVICTUS: Early in Clint Eastwood's latest film, Nelson Mandela (Morgan Freeman) indicates that during his 27 years of imprisonment he learned his captors' language and culture. Among the texts he cherished during his long incarceration was the poem by English Victorian poet William Ernest Henley that gives the film its title. His poem "Invictus," written from his hospital bed following the amputation of his diseased foot, concludes with the famous couplet "I am the master of my fate/I am the captain of my soul."

Whether this sentiment is absurdly self-deceptive or a ringing affirmation of individual triumph over seemingly random fate is up to individual readers, but in the film Mandela gives the poem to rugby captain Francois Pienaar (Matt Damon) as a way of motivating him at the beginning of 1995 Rugby World Cup, which is being hosted by South Africa. For Mandela, the poem and the rugby match were part of a calculated if risky strategy to bring his deeply divided country together as he embarked on his presidency.

Mandela was elected president in April 1994 as head of the ANC, which won 62 percent of South Africa's first multiracial election. Members of de Klerk's National Party, primarily white Afrikaners, expected the ANC to embark on a campaign of revenge, as did many of Mandela's own supporters. But Mandela believed a divisive approach would only lead to the country's destruction, and to the surprise of the previous administration and the consternation of his own aides he did not dismiss white members of the presidential staff or security force.

This background is depicted at the beginning of Invictus, but the core of the film, based on Playing the Enemy: Nelson Mandela and the Game That Changed a Nation by John Carlin, centers on Mandela's seemingly counter-intuitive decision to use the hated rugby team (blacks apparently rooted regularly for the opposing teams) with its green and gold uniforms and Springbok mascot as a way to pave over the black/white divide. Managing to narrowly reverse a vote by the new black-dominated South African rugby organization to change the name and uniforms of the team, Mandela forges a relationship with team captain Pienaar.

In fact, much of what makes this film work so well are the performances of Damon and Freeman. After meeting with Mandela, Pienaar becomes a true believer in the cause, and Eastwood masterfully intertwines Pienaar's struggle to motivate and unify his primarily white, poorly playing team and Mandela's own struggle to convince his supporters that he is following the correct political path.

As usual, Eastwood as a director almost completely subsumes himself to his material; there are no flashy directorial flourishes here. The political and sports themes are fleshed out with small details of Pienaar's home life, interactions among the black and white members of the presidential security staff, exchanges between Mandela and his staff, and glimpses of life in various social strata of the country.

In many ways, this is also a feel-good sports film about a group of losers who find themselves when the chips are down and go on to glory. In fact, Eastwood's decision to devote the last 25 minutes or so of the film to South Africa's passage through the World Cup rounds, culminating in their unlikely, almost miraculous, presence in the championship game against New Zealand, elevates the symbol above the political and personal aspects of the story. Mandela faced tough times ahead, personal and political, but Invictus depicts a moment of triumph at the beginning of his leadership of his country.

The film makes no attempt to draw parallels with other political situations, but I couldn't help think about the polarized national situation facing Bush as he was inaugurated in 2001, having lost the popular vote and won the electoral vote following a major controversy. Too bad he and his team went for revenge instead of unity. Guess he couldn't find the right symbol.

Invictus may not be Eastwood's best film (my vote goes to Mystic River here), but it is a very good one from one of our most consistently effective directors. Rated PG-13 for brief strong language. 134 m. At the Broadway, Mill Creek and Minor.

THE PRINCESS AND THE FROG: Desperate times invoke desperate decisions, and so, with only two new films opening locally this past weekend, I found myself along with a scattering of parents and small children at a screening of Disney's The Princess and the Frog.

I had given myself a pep talk. Besides garnering some positive reviews from "adult" critics, the story itself is an old fairy tale codified by the Brothers Grimm that invokes shape shifting. Furthermore, the tale has given rise to at least one modern aphorism: "You have to kiss a lot of frogs to find your prince (or princess?)." It's rather like I imagine the ordeal of Internet dating to be.

Most American versions of classic fairy tales soften the edges considerably. In this case, the lead character is not a spoiled jerk but, as it turns out, she does initially throw the frog against a wall, as in the original. Plus, Disney has added additional twists for this version: The heroine is black and the story is set in New Orleans and the Louisiana bayou world of dark magic.

Actually, the race of the main character is fairly irrelevant since she spends most of the film as a green frog, but the setting does produce a soundtrack a lot more lively and spicy than the usual bland Disney songs.

The main story follows its expected path as our waitress-turned-princess Tiana (voiced by Anika Noni Rose, Dreamgirls) is eventually rescued by Prince Naveen (Bruno Campos) and achieves her dream of owning a restaurant. But the nicely hand-drawn animated tale has some interesting characters, including firefly Ray (Jim Cummings) who's in love with the North Star, wannabe Cajun-music playing alligator Louis (Michael-Leon Wooley) and scene stealing villain Dr. Facilier (Keith David).

Randy Newman wrote many of the songs (hardly his best work) and the film should keep most of its target audience awake most of the time although it takes forever to get to the payoff. Rated G. 97m. At the Broadway, Fortuna and Mill Creek.

2012. The world blows up despite John Cusack's fine acting abilities. Rated PG-13. 158m. At the Broadway and Fortuna.

THE BLIND SIDE. A homeless African-American youth is taken in by a well-to-do white family who help him realize his football potential. Rated PG-13. 126m. At the Broadway, Mill Creek, Fortuna and the Minor.

COUPLES RETREAT. Vince Vaughn leads a group of married friends to a tropical island resort in Couples Retreat. They soon discover that participation in the hotel's couples therapy is not optional. Rated PG-13. 108m. At the Movies.

A CHRISTMAS CAROL. Disney does Dickens. Rated PG. 96m. At The Movies.

THE MEN WHO STARE AT GOATS. Ewan McGregor plays a reporter looking for his big break and George Clooney stares at goats. Oh, for a government job. Rated R. 93m. At The Movies.

NINJA ASSASSIN. South Korean pop star Rain plays the world's deadliest Ninja who finds himself in a battle with the Ozunu Clan that trained him. Rated R. 99m. At the Broadway.

PLANET 51. Dwayne "The Rock" Johnson lays the smackdown on the family-friendly, animated genre. Lots of aliens. Rated PG. 91m. At The Movies and Fortuna.

WHERE THE WILD THINGS ARE. Max journeys to the land of Wild Things where he becomes the new ruler, but soon finds that relationships are harder than he thought. Rated PG. 94m. At the Movies.