Running for the River People 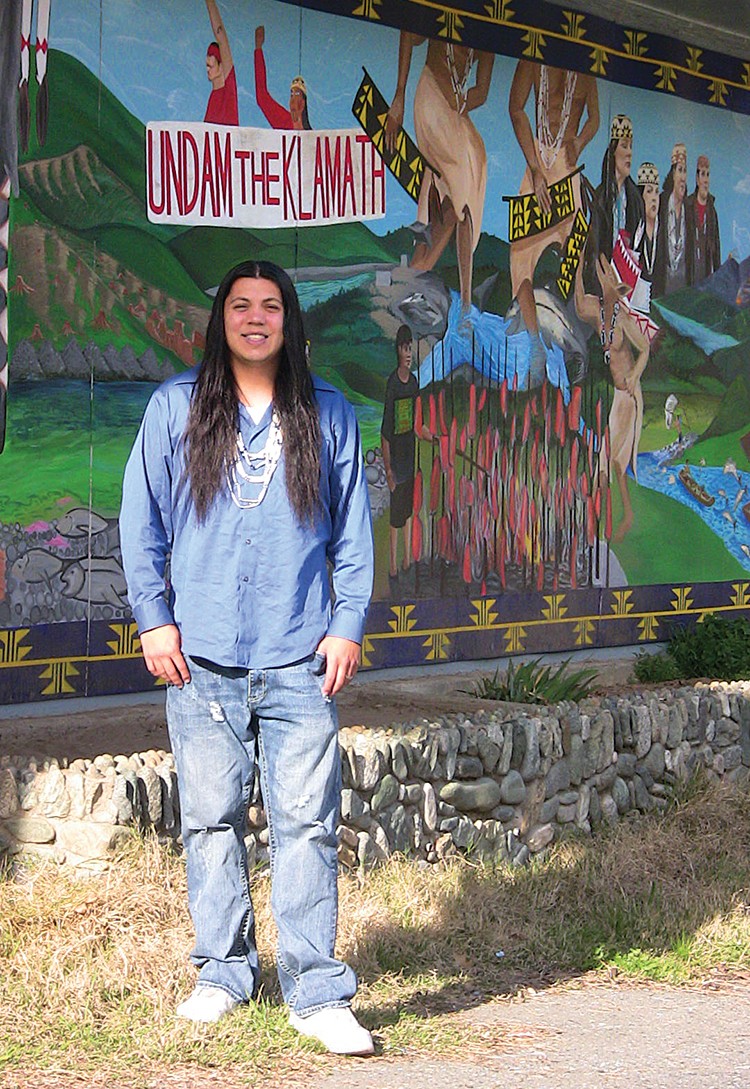 In northern Finland, a grizzle-bearded man named Stäni Steinbock tells how, when he was a kid, somebody took an excavator to his beloved Oulu River, changing its course where it flowed past his grandmother's summer house.

"I remember being so angry I wanted to set that giant excavator on fire, but so stupid that I uttered my intentions out loud, and my Granny was adamant that I shouldn't do that," he writes on the International Rivers website.

The nonprofit group’s interactive online "map of actions and stories" has other reminiscences like Steinbock's, including some pure love stories with no identifiable wrongs detailed. But dozens of the links on the map lead to notices of actions planned all over the world to highlight rivers that have been damaged or dammed -- or might be soon. Many actions will take place on the International Day of Action for Rivers and Against Dams on Thursday, March 14.

In the Amazon, boater Rocky Contos raises the alarm about the Río Marañon, the main tributary to the Amazon River, upon which there are plans to build 20 hydroelectric dams.

In the Republic of Georgia, a group including residents facing displacement plans a protest against a proposed 702 megawatt hydroelectric dam on the Inguri River.

In Muskrat Falls, northeast Canada, where two dams are proposed, Inuits and other folks will have a picnic on the frozen Grand River, with an Inuit drum circle and then a traditional Labrador sing-along to a piano accordion propped on the ice.

And along our very own Klamath River, Karuk Tribal Council member Crispen McAllister will run 53 miles to pray for "safe passage for the salmon and all other life that thrives on the healthy flow of the Klamath River," he writes on the International Rivers site.

McAllister, joined by several others, will begin his run at 8:30 a.m. at Orleans Elementary School.

The Klamath River has multiple dams. Four have been marked for removal -- and the river basin for restoration -- in dual agreements worked out by a coalition of farmers and fishermen, environmentalists and tribes, local and state governments. But the deal's not done, not all river users are on board and some are chickening out.

McAllister, 29, did a much longer run last year -- 232 miles, from Orleans to Yreka and back to Orleans. He hoped to motivate kids to exercise and live healthfully, he said recently by phone. Eight teens with the Karuk Youth Leadership Council joined him for 12 miles and the trip caught the attention of First Lady Michelle Obama, who invited the kids and McAllister to a conference last year on childhood obesity, in Washington, D.C.

This time around, McAllister is running on State Route 96 again. He is the youngest on the Karuk Tribal Council-- his term started in November 2010 -- and he says his fellow councilmembers put him up to it. He will start at Bluff Creek, about eight miles south of Orleans. It is a place where stories abound (Karuk and Yurok stories, as well as contemporary Bigfoot stories), and McAllister said one of his mentors, the late Florence Conrad, had talked to him about beginning a run there someday.

Bluff Creek also is thought to be the western border of Karuk ancestral territory (with Yurok land to the west). He'll finish at Happy Camp. The official cause is for the river. But once again, McAllister said, he hopes his run -- he is calling it a "spirit run" -- will inspire others, especially kids, to do something positive for themselves and for the land and water that has sustained the tribe for centuries. Children from Junction School, in Somes Bar, plan to run a mile with him. Some kids from the Karuk Tribal Youth Council will join him again. And four young men from the local mixed-martial arts club, Pikshiip Fighters, plan to do the whole run with him.

Running is very Karuk thing to do, McAllister said. "There is a long history of running in the tribe," he said. "That was how we traveled and often communicated messages to each other."

His ancestors ran along the ridges of the rugged, steep mountains encasing the territory, and along trails by the river.

Running also helped McAllister rise from the inactivity he settled into after he got out of the Navy, where he spent almost five years, including much of 2004 in Iraq.

"It happens to quite a few people," he said. "You get out of the service and, for some reason, you just shut down on the physical activity. And you start to feel all the impacts and injuries. And it's just a job change -- my life wasn't as fast-paced anymore."

In Iraq, McAllister was stationed along the Euphrates River, where his battalion helped train the new Iraqi police.

"I got to see the Euphrates every day," he said. "It is a beautiful river. Not like people think it is. Some of the stuff they put out in the news and movies -- they miss a lot of things. The people there had trees and grass and water. It was like in my river community. It was beautiful. The people invited us in. You're walking by, see a bunch of bullet holes in the side of their houses that wasn't there the day before. You'd like to know what happened -- so they'd invite us in to watch a soccer game with them while we talked about stuff going on in their neighborhood."

There were attacks daily, he said. McAllister, who was the sole medic for the battalion, went out with three different patrol squads each day and was caught in several blasts from IEDs. One, buried in the hard clay, was so big it blew out windows of cars for three to four blocks, he said, and knocked him and others into walls.

Later, he felt the impact. A shoulder dislocated on impact that had popped right back in. And concussive trauma to his brain, of the kind many soldiers experience in such blasts. He finished out his deployment and returned to the United States the day before his 21st birthday. He met his wife, Ashley, not long afterward, in Twentynine Palms where he was next stationed. She was a massage therapy and nutrition student. They moved to Arizona, where McAllister worked as a phlebotomist in hospitals in a couple of small cities. In 2007, after their first child was born, they moved to Weed, Calif. McAllister went to College of the Sikiyous for two years. They had their second child. And McAllister began reconnecting with his roots. He became involved in reviving the Karuk language. And he ran, uncontested, for the Yreka district seat on the tribal council.

Their third child was born last September in Orleans. McAllister, who had delivered babies as a medic prior to his Iraq deployment, delivered the child at their new home in tribal housing on the river. "It was really fun," he said.

Even the military was fun, most of the time. He loved meeting other river people. Being a medic fulfilled his desire to help people. He returned, he said, like many combat veterans with "a sense of humor that most people can't relate to or understand." And then he entered politics with a desire to be the sort of leader who leads in a "progressive forward motion" -- and by example. He wants his tribe to become self-sufficient, independent and economically stable, he said. One way is through ensuring that its traditional life-sustaining force, the Klamath River, remains healthy and fish-producing.