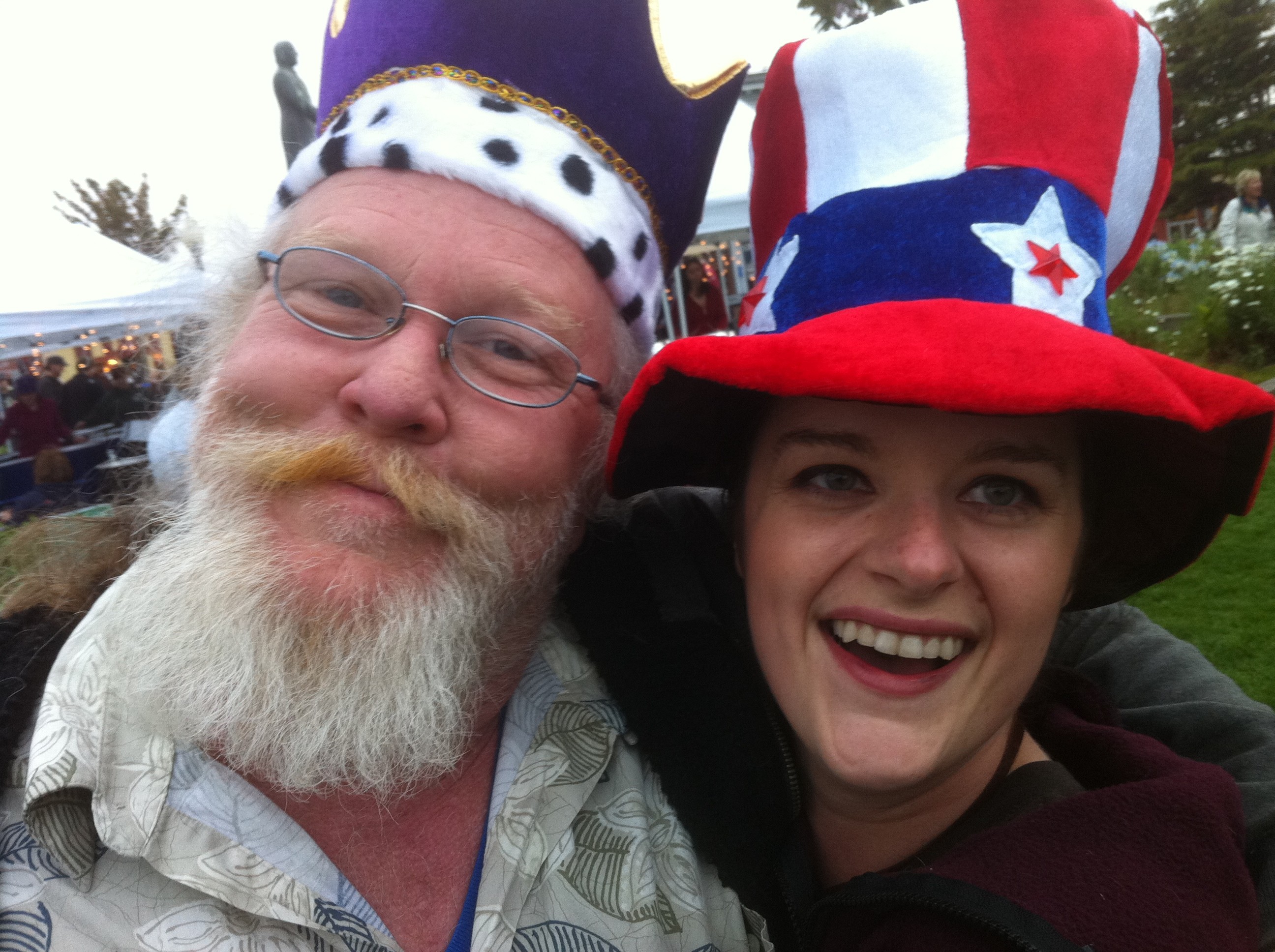 Monkeywrenches in the works and bursts of last-minute confusion are a longtime tradition in the world of Kinetics. When he was alive, Hobart Brown, "Glorious Founder" of the Kinetic Sculpture Race, was known for his devilish smile, his wit, throwing last-minute Kinetic kurveballs and becoming embroiled in litigation -- some of it whimsical, some of it serious.

Thus it was not too much of a surprise when his son, Justin Hobart Brown, announced last week that he was seizing control of the K-Race from Kinetic Universe, the nonprofit run by Kinetic Rutabaga Queens that has put on the event since 2007. Brown contends that he inherited the race and associated trademarks as part of the Hobart Brown Trust. As one former racer puts it, "Justin is defending the last thing he got from his dad."

Queen Monica Topping, who also holds the lofty title "President of the Kinetic Universe," contends that "no one owns the race," which she explains was "renamed the Kinetic Grand Championship" in 2007 because of litigation that also tied up the Kinetic Chicken logo (something she has tattooed on her shoulder) and the slogan "For the Glory." Queen Monica notes, "We chose, sadly, not to use the slogan lest we step on anyone's toes."

In the most recent, semi-legalistic curveball, Justin Brown also lays claim to "the Name and Likeness of Hobart Brown, Kinetic Sculpture Race Rules and Rutabaga Queen name and contest." While the KSR "Rules" issue is another matter, too complex to get into here, the KU Queens vigorously deny his ownership of the Rutabaga Queen concept, and the Rutabaga Ball, which, by the way, is scheduled to take place this coming Saturday night. The focus of the Ball is a competition for the title of Queen.

As 2007 Rutabaga Queen Emma Breacain explained, "The Rutabaga Queen is spokesperson and head cheerleader for the Kinetic Grand Championship" who "presides over the three-day festival of art, engineering and athleticism." Unstated is the fact that the Queen also joins Kinetic Universe and takes over the monumental task of seeing to it that Kinetics continue.

A week before the Ball we ran into two prospective Rutabaga Queens out at Arts! Arcata selling R-Ball tickets and hyping the Kinetic Grand Championship. Kinetic princesses Annie Oxidant and Johnny Berrypicker apparently did not get the "Glory" memo. Asked why they wanted to be Kinetic Queen, both shouted "For the Glory!"

"It's all about Kinetics and supporting local art in the community," added Annie, who sported an Uncle Sam hat for the occasion, while white-bearded Johnny wore a kingly crown.

"This is such a Humboldt thing, the Kinetic Grand Sculpture Race," said Johnny, mixing K-names and again ignoring memos. "It embodies so many people and things coming together -- it's a Humboldt pride type of thing."

Annie offered details on the R-Ball, which consists of three rounds. "You have a ball gown round, your 'bay crossing' round, aka swimsuit competition, and the talent round." She would not reveal her secret talent, letting on only that chocolate is involved. Johnny said he'll sing "Music of the Night" from Phantom of the Opera, "and Annie will be my Christine -- we're teaming up, which I do not believe has been done before."

There are four named candidates for Queen so far and, in an unprecedented twist, half are male. Joining Johnny and Annie are Aristides (a guy) and G-Ma, aka Natalie from last year's awesome Taco Truck. More potential Queens may enter. "Last minute is OK; it's the Kinetic way," said Johnny.

Saint John and the Sinners ("a great band" according to Johnny) will provide music for ballroom dancing. The Queens will also roll out a new cocktail for the occasion, The Queentini, recipe top secret (cranberry juice makes the vodka pink).

The simmering Kinetic kontroversy seemed inconsequential to the would-be Queens. The primary concern of Queen Emma, who was selling tickets to the ball that night, was the fact that Justin has been crafting the Rutabaga Queen Krowns for years using skills passed down from his dad. All concerned were certain that the Rutabaga Ball will go on, as will the Kinetic Grand Championship.

The Kinetic Grand Championship Sculpture Race will wind its inevitable way from Arcata to Ferndale on Memorial Day weekend -- "For the Glory!"