Plus: Mick the Sick and crew strut in Scorsese's Shine a Light 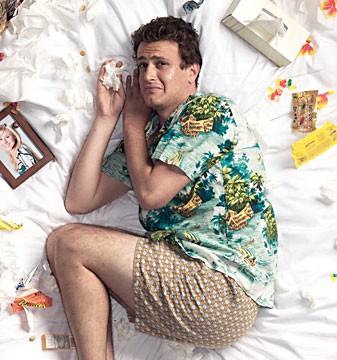 HAROLD AND KUMAR ESCAPE FROM GUANTANAMO BAY.Harold and Kumar are mistaken for terrorists and have to run from the law. Rated R. 102 m. At the Broadway, Mill Creek and the Minor.

SHINE A LIGHT.The Rolling Stones are either a) aging dinosaurs who have become an absurd parody of themselves or b) the world's greatest rock and roll band. In Martin Scorsese's new film there's copious evidence for both views.

Filmed at the Beacon Theater over two nights in 2006, the film opens with Scorsese frantically trying to wheedle a set list from a petulant Mick Jagger. There's more than a little contrivance in this and Scorsese's other appearances throughout the film — he's as much playing to his public persona as the Stones are.

After a strangely surreal encounter before the concert with Bill and Hillary Clinton (the concert was a benefit for his foundation) they get right to business with "Jumping Jack Flash," and amazingly, a song that you'd thought you were sick to death of gets powerfully incarnated in the flesh.

The spastic rooster strut of Jagger would still be impressive for someone half his age, and always had an element of self-parody to begin with. Keith Richards, his creased face a craggy testament to decades of self-indulgence, plays a lazy guitar way behind the beat that nevertheless hits a dirty sweet spot more often than not. For any rock fan, part of the fun of the film is the stoned grace of his low leaning guitar poses (and wondering if he'll fall over). Ron Wood and Charlie Watts are the workhorses who hold the whole thing together. Wood particularly shines on the pedal steel on the country parody/tribute "The Girl with the Faraway Eyes."

The guest shots are well chosen for the most part. The White Stripes' Jack White's bluesy croon fits right in on "Loving Cup," and Buddy Guy's badass turn in Muddy Waters' "Champagne and Reefers" is a highlight, and reminds us that unlike Led Zeppelin the Stones have always credited their blues heroes.

There are a few missteps, though. In her duet with Jagger in "Live with Me," Christina Aguilera over-emotes in that modern soulless replica of soul singing, and she obviously doesn't fully understand what's she singing ("There's a score of hare-brained children/They're all locked in the nursery"). It's unintentionally hilarious. It is impressive how nimbly she twirls around in her hooker boots, but her bump and grind with grandpa Mick is more than a little creepy.

The Stones were also more than willing to water down their own material: "Sympathy for the Devil" omits the line "I shouted out who killed the Kennedys." Perhaps in deference to the Clintons?

Scorsese is a skilled hand at filming rock shows, though, and dives in and around the players with his cameras as if he was part of the band. He was a cameraman at Woodstock, and directed the classic, if overrated, Last Waltz, and his experience shows. It's a mix of planned choreography and improvisation, just like the band's performance.

It's clear Scorsese is a fan and wants to view the Stones as rock gods, but the reverential treatment doesn't really wash with the Stones — their quirky warts and absurdity is part and parcel with their charm. As someone who thought their last great record came out in 1972, I was happily surprised, though. Far from being a spent force, this film shows the Stones to still be an entertaining live circus, especially as shot through the sympathetic lens of Scorsese. At the Minor.

FORGETTING SARAH MARSHALL. Yet another entry from Judd Apatow's prolific comedy factory, Forgetting Sarah Marshallbears some of the same elements of his recent films, most notably last year's Knocked Up. Like that film it gives an alumni from his TV shows a chance to write and star in their own film (in this case Jason Segal, who was in Apatow's show Freaks and Geeks). It also pairs a flabby everyman with a beautiful blonde, though it does offer a few changes on the Apatow formula.

Regular guy Peter (Segal) has a painful breakup with his glamorous TV star girlfriend (Kristen Bell) and decides to escape to Hawaii to forget about her, only to find that she's staying there with her doltish British rockstar boyfriend (Russell Brand). Along the way he becomes friendly with the front desk clerk Rachel (Mila Kunis), who hooks him up with a room despite the fact he has no reservations.

Of course, his room is right next door to his former girlfriend, and his attempts to avoid her are in vain. Jason Segal is a likable enough lead, though his bland hangdog manner sometimes seems a little monochromatic. The thing that sets the film apart from most of its ilk is that it doesn't really assume that the main characters are good or bad, and they are flawed. The female leads are rather sparsely provided for, however — especially Kristen Bell, whose Sarah seems overly brittle and severe. It's a bit hard to believe she was ever with Segal's character to begin with.

While what ensues is pretty predictable, it's the supporting cast that gives the film whatever unique quality it has. Of special note is Paul Rudd as a stoned surfing instructor with extremely short short-term memory and Apatow stock player Jonah Hill, who turns in a reliably comic performance.

Director Nicholas Stoller (also an Apatow alumni, from the show Undeclared) does a workmanlike job of keeping the action going, but as with many comedies these days it runs a little too long. The film is funny, and has its vulgar little heart in the right place, but it's also a little too familiar. A pleasant time-waster, but not much more. At the Broadway and Mill Creek.

As the film starts, a spooked Dennis (Pegg) leaves his pregnant fiancée Libby (the stunning Thandie Newton) at the altar. Flash forward five years: Dennis is leading a miserable existence as a security officer at a ladies lingerie shop, and has gone to seed. Meanwhile, a sharp American hedge fund manager named Whit (Hank Azaria) has swept Libby off her feet by being everything Dennis is not: responsible, reliable and considerate. When Whit mentions he's running a marathon along the Thames, the extremely out-of-shape Dennis decides to enter it to win back Libby's affections.

Pegg excels at both verbal and physical comedy (not surprising since his background is in stand-up comedy); what is surprising is the wounded emotionality he brings to the role. At the beginning of the piece it's hard not to think of him as an idiot, but as the film progresses there's a depth of feeling that sneaks up on the viewer.

As his landlord and coach, Mr. Goshdashtidar, Harish Patel takes a stock character and imbues it with a certain reality, especially in the scene where he's recalling his late wife. Dylan Moran comes close to stealing the show as Dennis' ne'er-do-well mate who gambles it all on his friend.

Michael Ian Black (of TV's The State) co-wrote the script with Pegg, and it does seem a change from his previous films. David Schwimmer's direction is unobtrusive and sharp, and seems both well-synced with Pegg's slapstick comic timing and able to convey more serious emotions. It's a worthy successor to Pegg's other films, with the added bonus of more realistic characters and deeper laughs. At the Broadway.

21.Group of brilliant students and unorthodox math prof take on big casinos and win their way into racy Vegas lifestyles. Rated PG-13. At Mill Creek, Fortuna and the Broadway.

COUNTERFEITERS.Biggest counterfeit money scam of all time goes down during the last years of WWII in the Sachsenhausen concentration camp. Rated R. 98 m. At the Minor.

FORBIDDEN KINGDOM.American teen is transported back in kung fu time when he finds weapon of ancient warrior in pawn shop. Rated PG-13. 113 m. At the Broadway, Mill Creek and Fortuna.

MISS PETTIGREW LIVES FOR A DAY.Pettigrew, a former London governess, is swept into American high society when she pursues a career in entertainment. Rated PG-13. 92 m. At the Broadway.

PROM NIGHT.Tragedy revisits Donna when prom night turns deadly, and she knows the one man to blame. Rated PG-13. At Mill Creek, The Movies and Fortuna.

RUINS.Friends on vacation in Mexico are persuaded by German tourist to hunt for his lost brother, last seen near mysterious ruins. Rated R. 91 m. At The Movies.

SPIDERWICK CHRONICLES.The Grace family moves into the Spiderwick estate, the home of a dead ancestor, and discovers the evil creatures that already reside there. Rated PG. 96 m. At The Movies.