Scott of the Antarctic: Glorious Failure? 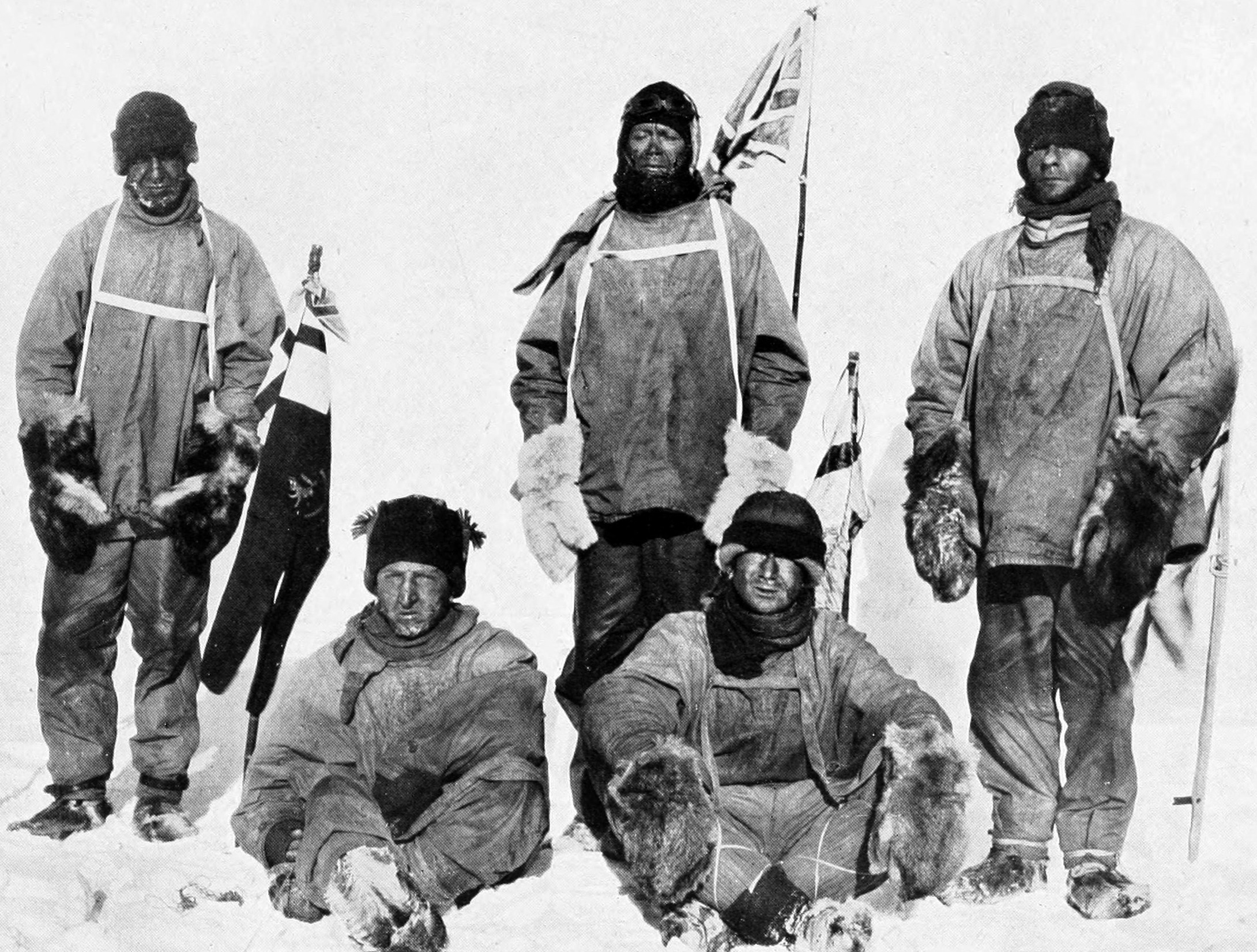 Growing up in Britain in the 1950s, during a time when my native country was hungry for inspiration, I learned about the heroes of what was still (erroneously) called "The Empire." One of the most prominent was Robert Falcon Scott (1868-1912), better known as "Scott of the Antarctic." Scott vied with Norwegian explorer Roald Amundsen to win the race to the South Pole, but when Scott's five-man expedition arrived there on Jan. 17, 1912, they realized they'd been beaten by five weeks. Amundsen and his men may have been the first to reach the pole, but most of the glory went to Scott. Although he and his men all perished of exhaustion and starvation on the 800-mile return journey, Scott's "Message to the Public," found a few months later by a search party, became the stuff of legend. In this poignant document, Scott's version of the fate of his expedition claimed that he and his men died, not because of any lack of leadership ability, but due to chance and bad luck.

This heroic version of Scott's saga was current when I was a schoolboy. Scott's standing as a stalwart leader -- brave-but-prudent, fated by circumstances beyond his control -- kept him in the public eye as the very model of a British gentleman-explorer. True, a few rumblings occasionally challenged that unstintingly positive assessment, but in general his reputation was secure -- until the 1979 publication of a joint biography of Scott and Amundsen by Cambridge historian Roland Huntford, who concluded that Scott was a "heroic bungler" and "one of the worst polar explorers."

Both sides can make a good case. Almost certainly, Scott did a terrible job of planning his return journey from the pole by mismanaging the location of food depots (he and the remaining two survivors were only 11 miles from "One Ton" depot when they died, but 24 miles beyond the original intended location); and, unlike Amundsen, Scott failed to take advantage of the tremendous strength and endurance of huskies as sled dogs. On the other hand, a new analysis of weather conditions for the two months following his arrival at the pole determined that the weather on the "Barrier" through which the party was trekking was about as bad as it ever gets, and that Scott was more unlucky than incompetent. The argument continues to this day.

Scott's reputation may have more to do with what historian Stephanie Barczewski calls "current cultural forces." That is, 1912 was another world, a time when the public had different expectations for its heroes. Back then, a tendency to recklessness -- which does seem to apply to Scott -- might have been seen as more of a positive attribute than is the case today. Perhaps Scott was both a champion and a bungler, depending on how you look at it. For this British schoolboy, Scott's reputation is safe: He's my hero of the Antarctic, and always will be.

Barry Evans (barryevans9@yahoo) will be toasting R.F. Scott on the centenary of his death this week.

PHOTO CAPTION: Scott's expedition at the South Pole, Jan. 18, 1912, the day after they discovered they'd been beaten by Amundsen. L-R: Lawrence Oates, Henry Bowers (pulling string to operate the camera shutter), Scott, Dr. Edward Wilson, Edgar Evans. Scott later wrote, "We are showing that Englishmen can still die with a bold spirit, fighting it out to the end."