Paintings and photos from this summer's wildfires 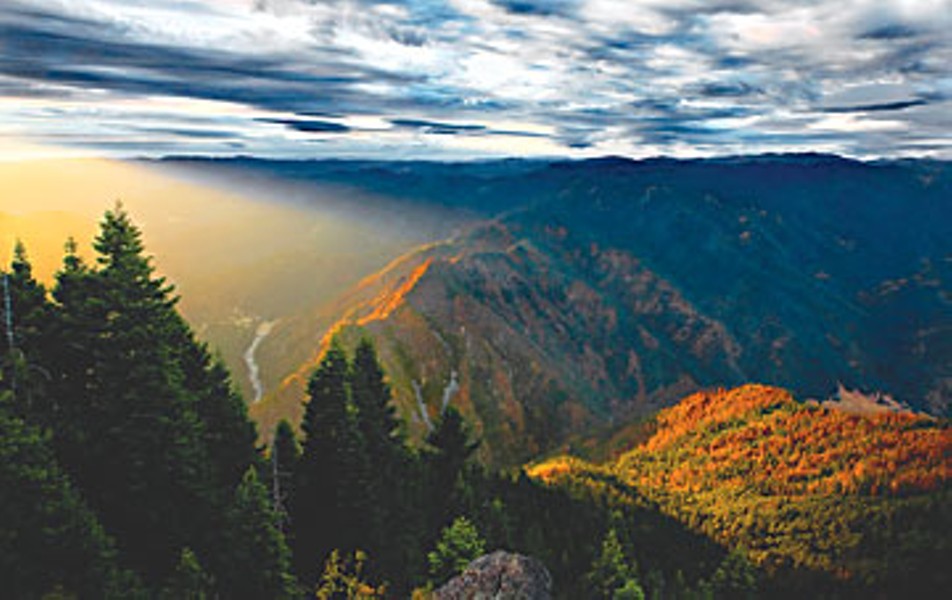 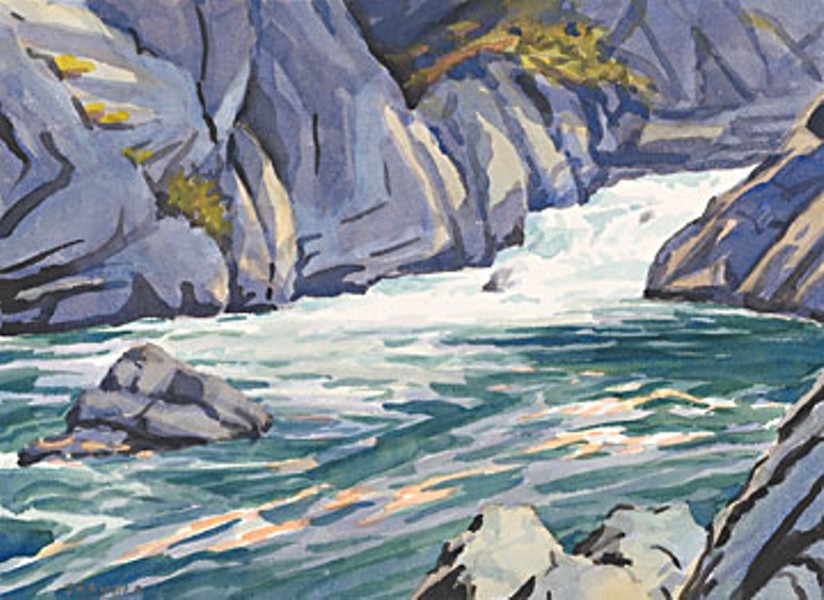 This past summer, for days on end, I looked up at the night sky and saw the moon glowing red. From the perspective of humans, the fires that created that red moon were among the worst on record, with nearly 300 square miles burned and 16 firefighters killed. The roaring flames were relatively short-lived compared to the lasting pall of smoke and ash, and the burned trees that will scar the landscape for years to come.

Personally, I found it a bit depressing to see that altered moon every night for weeks, but that's because I was looking at it from a self-centered viewpoint. On the grander scale, fire is as much about renewal as it is destruction. I take that back -- fire is much more about renewal than it is destruction. The burning lasts for hours, or maybe days, but the renewal starts right away and continues at a remarkable pace, for many years to come. The cycle of birth and death is as much a part of the landscape as is each individual animal that resides in it.

Two artists who decided to look at the fires with a broader lens than mine went inland last summer to see what images they could capture, and the results of that trip are on display at the Umpqua Community Gallery in Arcata. They call the show Season of Fire.

Michael Harris and Ken Jarvela have been friends since high school and have worked together many times. Neither had too many expectations when they went out; they just wanted to see what they could come up with. The two men are intimately familiar with the local wilderness, having painted (in Ken's case) and photographed (in Michael's) here throughout their careers. The idea, in going out to the fires, was to see a new dimension of the landscape.

What they came up with is more than a little surprising. The word fire evokes images of roaring flames, people shouting, animals fleeing in wide-eyed terror, chaos. But these images are peaceful. There are no flames in any of the pictures. The reason for this was primarily circumstantial: The artists could not get close enough to the fires without being a nuisance to the crews of firefighters. They had to do their work from a distance. But the result is far more powerful than what they might have achieved otherwise, and this power came from breaking the rules.

Artists learn in beginning art classes that contrast is the key to creating visual interest. If there is not enough difference between the darkest darks and the lightest lights, your painting or photograph will be bland and uninteresting. But once you've mastered the rules, you can break them, as Ken and Michael do in this show. Some of the works are almost painfully tight, as far as contrast level goes, and the tension created provides far more interest than images of flames ever could.

The low contrast works here because this is exactly the information that the artists would have had to work with. Indeed, for Ken, it must have been all he could do not to try to introduce more color and variation, because the process of reproducing the endless shades of gray must have been tedious. But he took no shortcuts and gave us the full effect of the all-pervasive smoke. Indeed, at the opening reception, I heard one woman remark that when she looked at the images, she could smell the smoke.

Ken's painting, Red Sun Reflection, is an example of the subtlety of his work. In it, the river courses down a narrow canyon. The only hint of the nearby fire is the light reflected in the water. Through the smoke, the light is a dull red. "And," Ken told me, "the design of those reflections reminded me of flames. That's about as close as any of those images come to having flames in ’em."

Michael's photographs also capture the intensity of heat and smoke without relying on the drama of active flame. While they are ominous in feel, the colors and textures are gorgeous. He says his goal was to create art, not to look at the landscape from an intellectual standpoint. The brain would see the devastation, the loss of life and homes, the immediate problems. But the artist sees the power of the natural world and the elegant cycle of life. "For the health of the ecosystem," he said, "this was actually a pretty good fire." Fire is, of course, nature's way of cleaning out the forests and making way for new life. "My work is something that I don't think anybody is going to be expecting to see, and I think it's a celebration of change."

This is not to say that the artists were unaffected by the human drama. Their firsthand view of the process of combating fire left them with an intensified appreciation for the work of firefighters. Thus, they were moved to do something tangible for them in response to their efforts. The images themselves convey their emotions of gratitude, but they have also made the show an opportunity to raise funds for the Wildland Firefighters Foundation (www.wffoundation.org), an organization that contributes to the families of firefighters killed or injured in the line of duty.

Season of Fire is at the Umpqua Community Gallery in Umpqua Bank (1063 G St., Arcata) through Dec. 12, when there will be a closing Arts! Arcata reception. At any time during the show, you can bid on two of the pieces in a silent auction with proceeds to the WFF or simply make a donation. For more information about the fundraiser, call Meridian Fine Art at 826-7184 or visit the website at www.meridianfineart.net.