The mysteries of anchovies, grits and tomato sauce enhancements 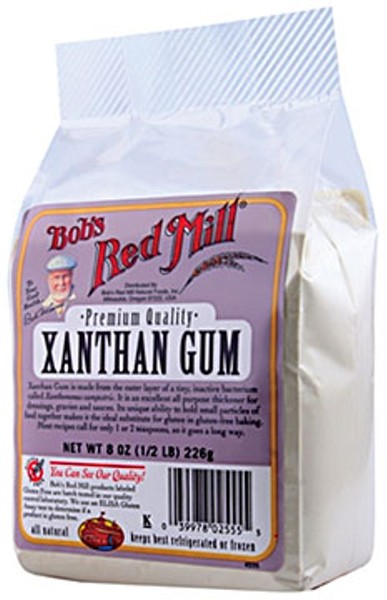 I have food prejudices like most people, but I have always felt uncomfortable with them. A half century ago, I watched with envy as patrons of the Grand Central Oyster Bar indulged in what looked like having sex in public; it would be decades later that I enjoyed my first oyster, and years more before I fell in love with our local Kumamotos.

Many of our dislikes come from unpleasant first experiences. As a Southern boy, I despised okra and lima beans for their texture -- slimy on the one hand, chalky on the other. But often those early traumas can be overcome by new environments. Al dente baby okra in jambalaya is delicious. Sorry, I have no such exemption for limas.

More often, bad cooking turns us against an ingredient. In my case, eggplant: Mama always sliced it thick, floured and fried it. It tasted bitter and had a watery cellulose texture. Later, exposed to sophisticated Mediterranean preparations like moussaka and eggplant parmesan, I changed my mind.

We are not helped by the fact that American supermarkets are seldom the place to find the highest quality ingredients. Thus, the first topic in this second column on "secrets" is Things You Think You Don't Like But Haven't Really Tried.

Let's start with anchovies. Actually, I'm with the "cons" on that. Only the most salt-obsessive souls thrive on those overcooked brackish little fish corpses that come in elongated tin coffins. True, they have one useful culinary function: They can be minced or processed and used as a kind of fish flavoring or anchovy paste, in place of salt. But that isn't practical for most people.

So don't buy them. Instead, hold out for really good Sicilian anchovies, usually jarred, like Agostino Recca. Sadly, they cost $6 for a small jar. But they redefine the ingredient. You can actually taste the texture and delicate flavor! We've had them in Caesar salad, on pizza and on focaccia.

Another common dislike is grits. But hominy grits are one of the great American foods. Sometime in the early 20th century they developed a reputation of being white-trash cuisine. Along with buttermilk and salt-cured ham, they are fodder for Southern vacation anecdotes. Grits don't keep well in a steam table, so what most travelers experience is the instant variety.

As with cheap anchovies, an inferior product called Albers Quick Grits (with the convenience of cooking in just five minutes) has contaminated several generations. No wonder people don't like them! They are a kind of hominy mucilage with neither flavor nor texture. Still, cooking columns and magazines are always coming up with ways to make "grits" exciting: "Add cheddar cheese and jalapenos, bake and cut into tasty squares ..." Forget it. Real grits don't need it.

The problem, again, is that few people outside of the South have ever tasted real grits. Why? Well, for one thing, real grits come from stone-ground dried hominy. There are precious few stone mills still in business -- and the best, small ones, are in the South, hence expensive and requiring mail order.

For another, they take time, as opposed to "quick grits." But that's no big deal; if you have a rice cooker, use it -- if not, cook like rice. It will take 25 minutes for 1 cup of stone-ground grits to 3 1/2 cups water. Then you eat them plain -- like polenta, which they actually are, only with more flavor. Butter, salt and pepper are the only additions.

Properly speaking, of course, grits are not an ingredient, but a fully-contained food. Still.

Let's turn to something everyone knows and likes: tomato sauce. With all deference to beans, the tomato really is "the musical fruit," a symphony of variety and flavor. Fresh at the peak of summer, it is simple perfection. Processed, condensed and made into paste, it is an ingredient that acts like magic. A mere drizzle of it added to vinaigrette makes French dressing. A dab added to brown sauce adds complexity. It is the very last thing I add to chili -- just a tablespoon or so added to an entire pot helps to "set the flavors," as Ward Fowler says.

In the mid-ground between fresh and paste lie a variety of concoctions. Happily, tomatoes do not lose flavor when canned, they acquire an intense concentration. Tomato sauce applies that flavor to enhance an infinity of dishes.

I'm not going into the mechanics of making sauce; either you know how or can easily find recipes. What I want to talk about are secret ingredients that can be the difference between not bad, pretty good and omigod!

Let's begin with one of the most difficult variations, a fresh tomato sauce. In Michel Guérard's classic nouvelle cookbook, Cuisine Minceur, he describes a process of peeled and seeded tomatoes gently simmered with garlic, shallot and stock, then pureed. To thicken, the puree goes back in the pan again. At its best, this gives the essence of fresh summer tomatoes. The problem is that without a binding element (such as flour, cornstarch, butter or cream), as the sauce thickens it also darkens, and the flavor changes from fresh to cooked tomato.

The answer is an ingredient you've read on labels, but probably never thought to actually use: xanthan gum, derived from fermenting Xanthomonas campestris, the bacteria that causes black rot to form on leafy vegetables. The bacteria form a slimy substance that acts as a natural stabilizer or thickener. It comes in the form of a white powder, and -- beware!-- a teaspoon can turn a pint of liquid into sludge. But when you have perfected a sauce in every respect but consistency, a pinch or two of xanthan gum is the magic bullet. It works on hot or cold liquids, and can as easily turn watery salsa into an inviting pico de gallo or beef broth into brown gravy. It is expensive, but I've had an 8-ounce jar for a year, and can scarcely see any missing.

My favorite tomato sauce for pasta is one with the usual basil, oregano and thyme, but cooked with dried bolete mushrooms, which are common locally as well as in France, where they are called cèpes, and Italy, called porcini. Like many secret ingredients, their addition is nearly impossible to detect -- the sauce simply acquires a deeper, more mysterious center. If I'm making a quantity of tomato sauce from scratch, I use mushrooms I've dried and jarred; if just enough for dinner, I use porcini powder. And if you don't want the expense of buying dried wild mushrooms, look for old, dry Portobello mushrooms at the market. Slice and air-dry at home, then seal in a jar. Not as flavorful as boletes but quite good, and cost-effective.

Another subtlety in tomato sauce is getting the balance right between acid and sweet. There are a variety of sweetening agents -- cane sugar, honey, beet powder, sautéed onion, bell pepper (another secret: cooked, it turns sweet) -- but how do you get more sour? Adding vinegar or lemon juice changes the consistency, making it thinner. The answer is citric acid, another white powder of great potency -- a pinch may be all you need. It is also the way to keep chopped vegetables from losing color while you wait to cook them: add a tablespoon to a quart of water.

My last additions to tomato sauce come courtesy of reader Jennifer Curtis, who has two suggestions. First, when you are sautéing onions, garlic, bell pepper, etc., add crushed fennel seeds. (Like other dry spices, they will profit from toasting beforehand). Fennel seeds are more subtle than anise, and will add an intoxicating tenor note. She also suggests adding finely chopped fresh mint to the sauce after it is removed from the heat. This, I suspect, will revive some of the aromatic herbal essence that is in fresh basil and oregano, but which drying subverts.

From Sicilian anchovies and Virginia stone-ground grits, we've arrived at secret flavors to enhance tomato sauce. Here is where you can find the ingredients mentioned.

Suggestions for more secret ingredients? Email Joseph at eat.your.spinach@gmail.com. Let me know if I can use your name.