by Laurence du Sault and CalMatters 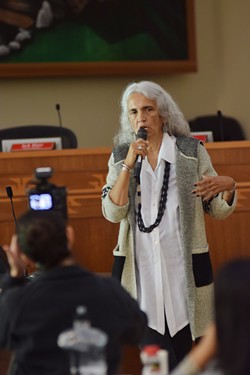 For generations, order and cleanliness had been Christina Lastra's family's way of fighting off poverty. But the day in July 1991 when her mother's mysterious death was ruled an accident marked the end of the orderly life Lastra had been leading in Humboldt County.

"We didn't get peace. No one ever even thought of looking further into the death of a Native woman, of my mom," said Lastra, who identifies as Indigenous and Chicana. "Until now."

A new report by the Sovereign Bodies Institute, a data-driven nonprofit based in Humboldt, in partnership with the Yurok Tribe, details for the first time the lack of scrutiny and data surrounding the cases of 105 missing and murdered Indigenous women and girls across Northern California, from the Bay Area to the Oregon border.

Using state and federal data, other research, police reports and community-based information, the institute found more than 2,300 cases in the United States.

Of the California cases classified as murders, law enforcement solved 9 percent, researchers found. The statewide clearance rate is more than 60 percent in the past decade, according to the state Department of Justice, meaning that murders of Indigenous women in Northern California were about seven times less likely to be solved than homicides involving all other victims.

"Women after women, disappearing," said Annita Lucchesi, the executive director of SBI and a Cheyenne descendant. "It creates a sense of hopelessness. It makes it feel like this is a world that we can't live in anymore."

The Yurok Tribal Court initiated the To' Kee Skuy' Soo Ney-Wo-Chek' Project — which means "I will see you again in a good way" — with SBI to changes those numbers and improve the outcomes of missing and murdered Indigenous women and girls cases.

"Currently, there is a scarcity of accurate data on Native, MMIWG2 victims and survivors in California and everywhere else in the United States. The databases that do exist are largely inaccessible to tribes and are woefully inadequate when it comes to tribal populations," Yurok Chief Justice Abby Abinanti said in a news release from the tribe. "Parallel to the database component of this project, we are creating a cooperative plan that seeks to mobilize tribal, county, state and federal agencies in response to future MMIWG2 cases. I would like to thank the Tribal Court and SBI staff as well as all of the families and law enforcement representatives who contributed to this report. Together, we have a lot better chance of addressing this indelible issue."

The cases documented in the report span more than a century, but 72 percent occurred after 2000, and problems collecting data on crimes against Native American women suggest the actual number is much higher — around 1,700 statewide since 1900, according to researchers who extrapolated from existing data. 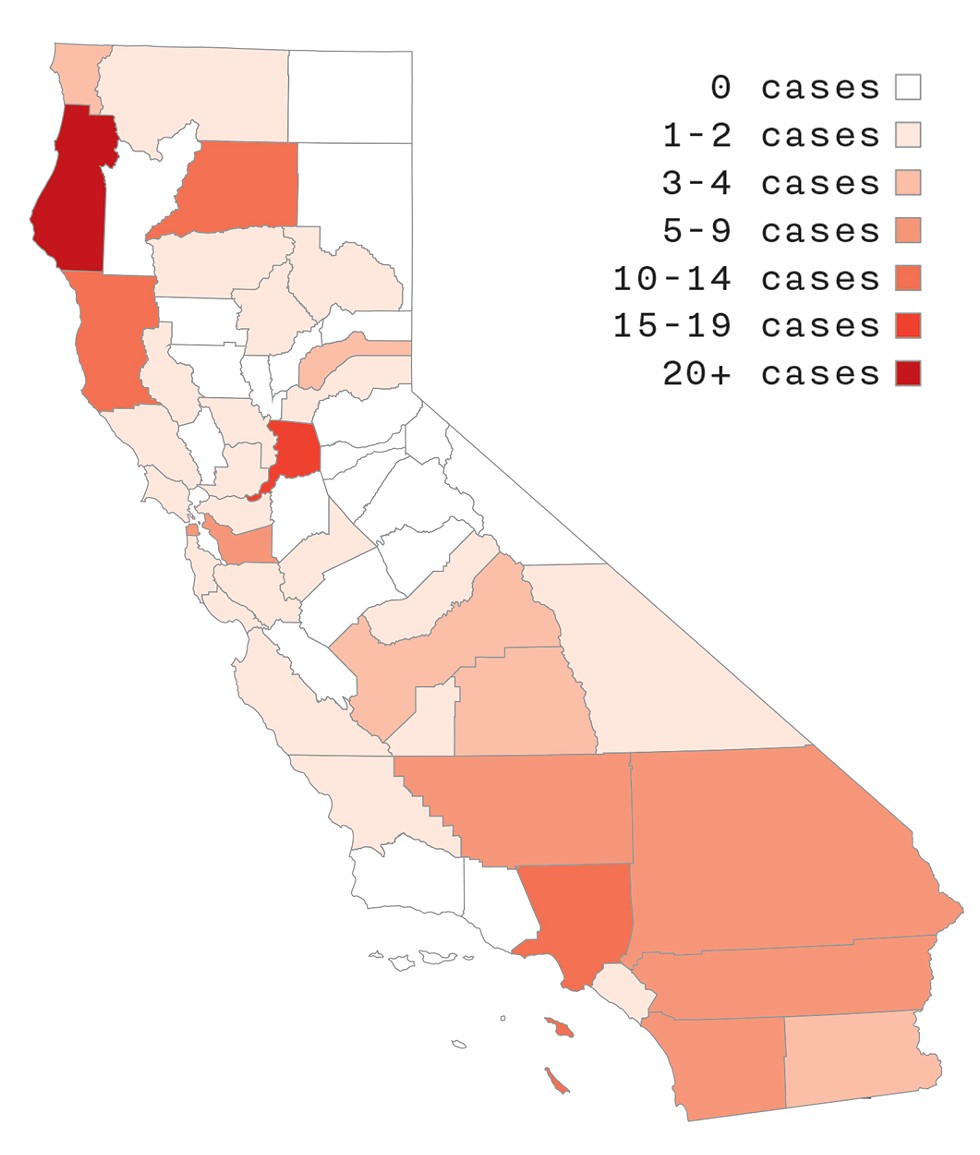 California is home to 700,000 Indigenous people, the largest Native American population in the country, but there is no reliable data on missing Native women in the state, according to Lucchesi, who said more than half of the cases in the state were not in official missing persons databases.

When records were available, the report found, Native women were often misclassified as white, or their deaths were labeled accidental even when family and friends thought otherwise. Much about the cases remains unknown because of difficulties in data collection and a "chronic and pervasive failure to investigate," the report said.

Almost a year after she learned her mother Alicia Lara had died in a car accident, Lastra said she reached out to the county coroner. She had heard that someone from Weitchpec, where her mother was found, had seen her shortly before her death, badly beaten up. That's when she learned that her mother's body had been found in the passenger seat of her car.

"If they'd just ask around, I think people in Weitchpec knew that she didn't have an accident," Lastra said. "But she wasn't important enough to open an investigation."

Humboldt County Sheriff William Honsal, who has headed the department since 2013, said the case report for Lastra's mother didn't strike him as particularly suspicious. But he said he did have trouble understanding how Lara had gotten in the passenger seat. "It's hard to see how this could've happened," Honsal said. No investigation was opened.

"There may have been things that have happened in the past, things that didn't go well, where communication didn't happen," Honsal said. "We're learning from past mistakes, trying not to repeat that in the future."

Policing in tribal areas is tricky. Jurisdiction is shared with the tribes, which have police forces with limited powers, and communication between county and tribal departments has historically been limited, something many tribes would like to remedy, according to Abinanti, a co-author of the report.

The lack of resources experienced by some Northern California police departments, combined with the sheer size of territory officers have to patrol, adds to the difficulty of investigating cases, the report found, a problem echoed by sheriffs across the region. High poverty rates, which, according to the 2018 American Community Survey, bordered 40 percent for the Yurok and Hoopa Tribes, two of the largest tribes in the state, also make it hard for victims to advocate for their family members and for tribes to build efficient police forces.

Last fall, in recognition of the crisis of missing and murdered Indigenous women and girls, the Justice Department launched Operation Lady Justice, to combat violence and human trafficking of Native Americans. State Assemblyman James Ramos, a Democrat from San Bernardino County, is pushing for a bill that would establish a task force to study the disappearances and provide financial assistance to law enforcement and tribal governments.

But the main priority remains for victims' families to find closure.

"We're treated like we don't count, but you know what?" Lastra said. "My mother counted and I am her legacy and I count. This report makes me feel like she is finally being honored."

This article is part of The California Divide, a collaboration among newsrooms examining income inequity and economic survival in California.