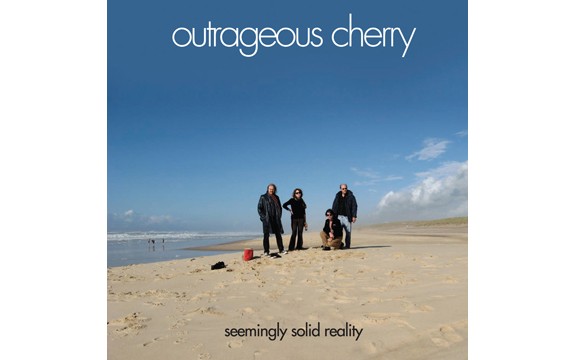 Detroit-based musician, songwriter and producer Matthew Smith has been frontman for Outrageous Cherry for more than a decade, crafting a string of fractured pop releases blurring the borders of pop and experimental music. Smith has drawn heavily from Lou Reed's blueprint with The Velvet Underground along with influences from a spectrum of ’60s pop and psychedelic corners, as well as from more contemporary ones, most notably The Soft Boys, Robyn Hitchcock and his band, and ’80s New Zealand pop bands, including Chris Knox and The Chills. Outrageous Cherry's roots, however, are also planted firmly in Detroit's garage rock legacy -- from Mitch Ryder's Detroit Wheels to The Stooges to The Gories.

For the better part of its history the band has existed under the radar, collecting a nominal group of admirers -- mostly music writers and other musicians. Oddly, Outrageous Cherry has gained a more public recognition of late: The New Pornographers released a three-song EP, The New Pornographers Play Outrageous Cherry, earlier this year, and O.C. was invited to be part of the upcoming Wilco-curated Solid Sound Festival, in North Adams, MA.

For the band's 11th full-length release, Seemingly Solid Reality, Smith has maintained his consistency for an immediate sound, while stripping back his arrangements from the ’70s glam-heavy workings of the preceding release from 2009, Universal Malcontents. Here Smith offers up a slice of psychedelic-tinged pop, opting for a few handclaps, reversed guitar loops and an antiquated synthesizer to embellish his skeletal, yet crafted, songs.

The vocal phrasing and chunky rhythm on "Unbalanced in the City" match those of The New Pornographers' A.C. Newman and show us why that band chose to record a trio of Outrageous Cherry numbers. The outstanding "Fell" soars with Smith's overdubbed vocals floating over a bed of fuzzy, distorted guitars, recalling Panda Bear, but without the dense wall of texture. There's a tilting of the garage cap to former Detroit tourmates The Dirtbombs on "Self Made Monster," while Smith, somewhat unexpectedly, borrows inspiration from John Lennon on the "Gimme Some Truth"-influenced "I Like It." And the psychedelic touches of "Forces of Evil" and "The Happy Hologram" edge toward a garage treatment of Syd Barrett.

The sardonically-titled "Nothing's Changed" perhaps encapsulates Smith's Outrageous Cherry oeuvre. In the upbeat, scruffy pop number he sings, "We could talk all night, but our world is just not right. Nothing's changed." It's laced with Smith's irony, a double-edged sword that also serves as self-reflection. Nothing has changed with Matthew Smith who has consistently delivered raw pop nuggets with a sharp wit. There is a hazy summer quality to Seemingly Solid Reality, which initially floats by. However, after the buzz wears off, after repeated plays, the listener is rewarded by Smith's understated songwriting skills.