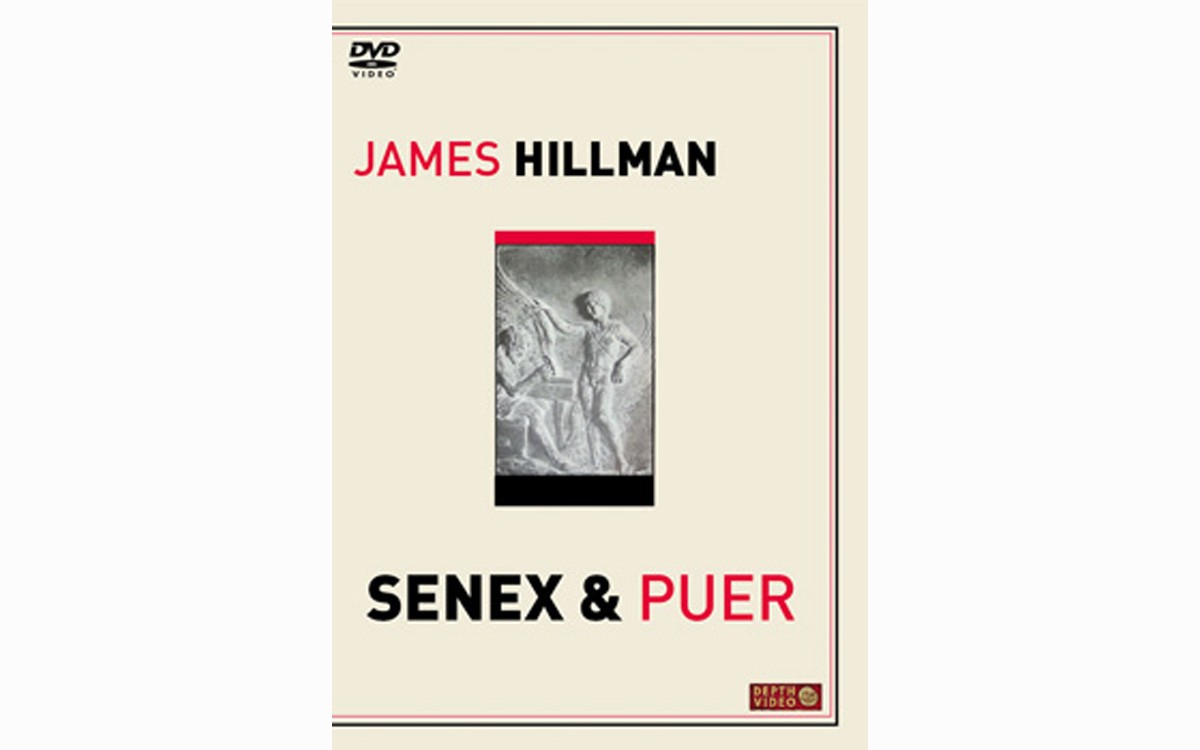 "James Hillman is an artist of psychology," wrote Thomas Moore, introducing his selection of Hillman's writings, A Blue Fire. As director of studies at the Jung Institute and in his articles and books from the 1960s through the '80s, Hillman became the most prominent American interpreter of Carl G. Jung, as well as an original thinker and analyst who developed his own approach, known as archetypal psychology. In the 1990s he began writing for a broader audience, though never compromising his complex views. That series of books included the best sellers, The Soul's Code and The Force of Character.

He wrote in his 2004 A Terrible Love of War that it would likely be his last book, and so it has proven to be. His earlier work is being collected in thematic volumes by Spring Books, such as Senex and Puer, published in 2005 and now hard to find. But in his 80s, Hillman is still active as a speaker. This two-DVD set records a weekend seminar he held at the Pacifica Graduate Institute in Santa Barbara last spring. The subject was Senex and Puer.

"Senex" is Latin referring to old persons (the root of senior, senator and senility). "Puer" is Latin for young boy (unflatteringly preserved in "puerile"). Though childhood is a focus of The Soul's Code and aging in The Force of Character, Hillman wrote specifically about the puer and senex psychological archetypes early in his career, so this was an opportunity for him to revisit these writings from his senex-age perspective.

Hillman emphasizes that the characteristic qualities of these ages and archetypes are present in both times of life: The young can have senex seriousness, the old a puer spirit of freedom and soaring aspiration. Both archetypes have their depths and dark sides. The 1960s were a puer time, he says, embodied in its music, and that's when he wrote about that archetype. Now he feels that the puer spirit is downgraded in these times, by psychologists among others.

Hillman advocates recovering the puer range of imagination also in old age, especially for those who have spent a lifetime "working [their] gift." The important task then is to "be related to your calling -- whatever that strange thing is that wounds him and names him."

Hillman is always challenging but frequently bracing. For those unfamiliar with his work, the interactions with the Pacifica audience offer useful ways into the subject and Hillman's approach. Still, at about $65, this DVD set seems pricey. One might start with the excerpts available free on YouTube. But for Hillman readers it's a prized opportunity to see and hear him now, on an intriguing topic that might be of personal concern.