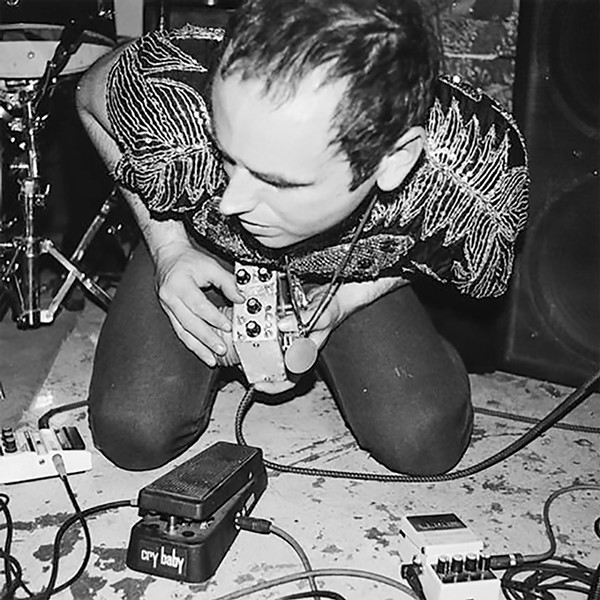 I spent Labor Day weekend participating in two of the more sublime and less evil American pastimes: the yard sale and the barbecue. The former was nice — I certainly met a lot of the neighborhood and even a few readers, which is always a nice encounter out in the wild. After having spent the hectic lead-up to these events hosting a family member who was going through a minor catastrophe with her young daughter in tow, I fully expected things to not work out and was mentally foaming the runway for a crash landing, socially speaking. Thankfully, this was not the case and back-to-back days of selling my old crap, entertaining friends and family, and feeding everyone, actually worked out pretty well. As the song goes, after the days have grown short when you reach September, and the autumn weather has turned the leaves to flame, one definitely doesn't have the time for the waiting game. And with that paucity of time, married to the new chill in the evenings, comes a sense of urgency unfelt in the voluminous days of fat August. I wanted to get these things done before the evenings started bruising before seven and when the air starts carrying a similar smell to what winemakers call "the Noble Rot." I've been writing a lot about the passing of time this year, about internal senses and desires mixing with the world at large to create a living tableau of gentle heartache. Maybe it's a byproduct of turning 40 or shredding the husks of a couple of dreams I was saving in my back pocket for a future that never came. Either way, I don't mind it too much. Hopefully neither do you, dear reader. We've spent far too much time together to start souring things. Have yourself another lovely week.

The Miniplex is putting on a good one tonight for all of you fans of sonic exploration at 8 p.m. ($10). San Francisco trio Bronze headlines the bill with a frantic sound built on churning, danceable drums and wildly experimental sonic touches in the melody department. LK will be bringing his live loops and drones, and DJ Cropcircles will be doing what she does best: tossing out semi-obscure musical ephemera over the PA like a goose-tender spreading cracked corn for the assembled gaggle of honkers.

I teased this last week, and now I shall deliver. Local jazz-bos Canary and the Vamp have a pretty high-profile gig tonight at the Van Duzer Theatre at 8 p.m., opening in an unlikely pairing. Comedian Paul Reiser is probably best known for his decades of network and prestige television gigs, most notably his '90s NBC couplehood saga Mad About You. However, I'll always remember him as the slimy corporate stooge Burke from Aliens, sent by the Weyland-Yutani Corp. to capture the titular creature (at the expense of everyone else aboard the spaceship Sulaco) to be used as a potentially marketable organic weapon. That flop sweat on his upper lip during his interrogation scene is the very essence of the banality of evil, brilliantly played. No matter what you know him from, this should be some sort of good fun. Tickets are $40, $35 advance, $5 Cal Poly Humboldt students.

The big gig at the Arcata Theatre Lounge appears to be sold out, so I'm going to make two other recommendations, both happening at 9 p.m. Over at Savage Henry's Comedy Club, New Orleans-born, New York-based comedian Sean Patton is headlining the evening. ($20). Known for his funny stories of debauchery and degradation, Patton's a high-caliber comedian I find funny, which is actually somewhat rare. However, if music is more what you are seeking, I suggest you head over to Humbrews to check out local, pandemically formed ska, dub and reggae band Checkered Past, who have been making a name for themselves opening for bigger touring acts in the still-kicking local reggae circuit. I've never been happy enough to really enjoy much ska, but you're probably a less obnoxious and complicated person than me. DJ Funky T-Rex also officiates ($10).

Summer's almost gone, yet again. And as we get ready to pack it up and put away the bright things and light clothing for another year, here's a good mile marker on the way out of the season: The last of the Summer Concert Series on the Arcata Plaza is happening today at 2 p.m. The vinyl crew from Arcata Soul Party will be overseeing the swan song, so there's good news for those of you who like to dance under the sun. Also, it's the plaza, so it's free, you know.

Married duo Sandi King and Joshua Taylor form the King Taylor Project, an R&B-infused rock act rolling into the Siren's Song Tavern this evening at 8 p.m. Local opener Jesse LaMonaca will be providing support and there is an unspecified, suggested donation to help out the musicians if you are feeling generous.

I have mentioned Word Humboldt more than a few times in this space before, largely out of a desire to find something to do on a Tuesday and a certain amount of affection for certain people involved. This time, however, is indeed a special occasion worth mentioning for two reasons: Firstly, with new students rolling into town, I feel that it is my duty to inform them of this very fine weekly gathering, should they desire participation. And furthermore, this marks the fifth anniversary of the weekly open mic, so many happy returns to those involved. The where is Northtown Coffee, the when is 6 p.m., and that's all one really needs to know.

Speaking of new students coming to town, here's a noon event at the quad at Cal Poly Humbo for any and all interested in seeing a little something. Abhi the Nomad is an Indian-born, polyglot world traveler whose hip hop stylings are informed by the idiosyncratic aspects of his own, well, nomadic lifestyle. He is putting on this gig for free, so this is definitely one of those "worth a gander" events for the curious.

Collin Yeo (he/him) recently had a Proustian reverie because of some particularly aromatic sawdust. He is very similar to a hamster in this regard. He lives in Arcata.