Shaken, and Stirred Up 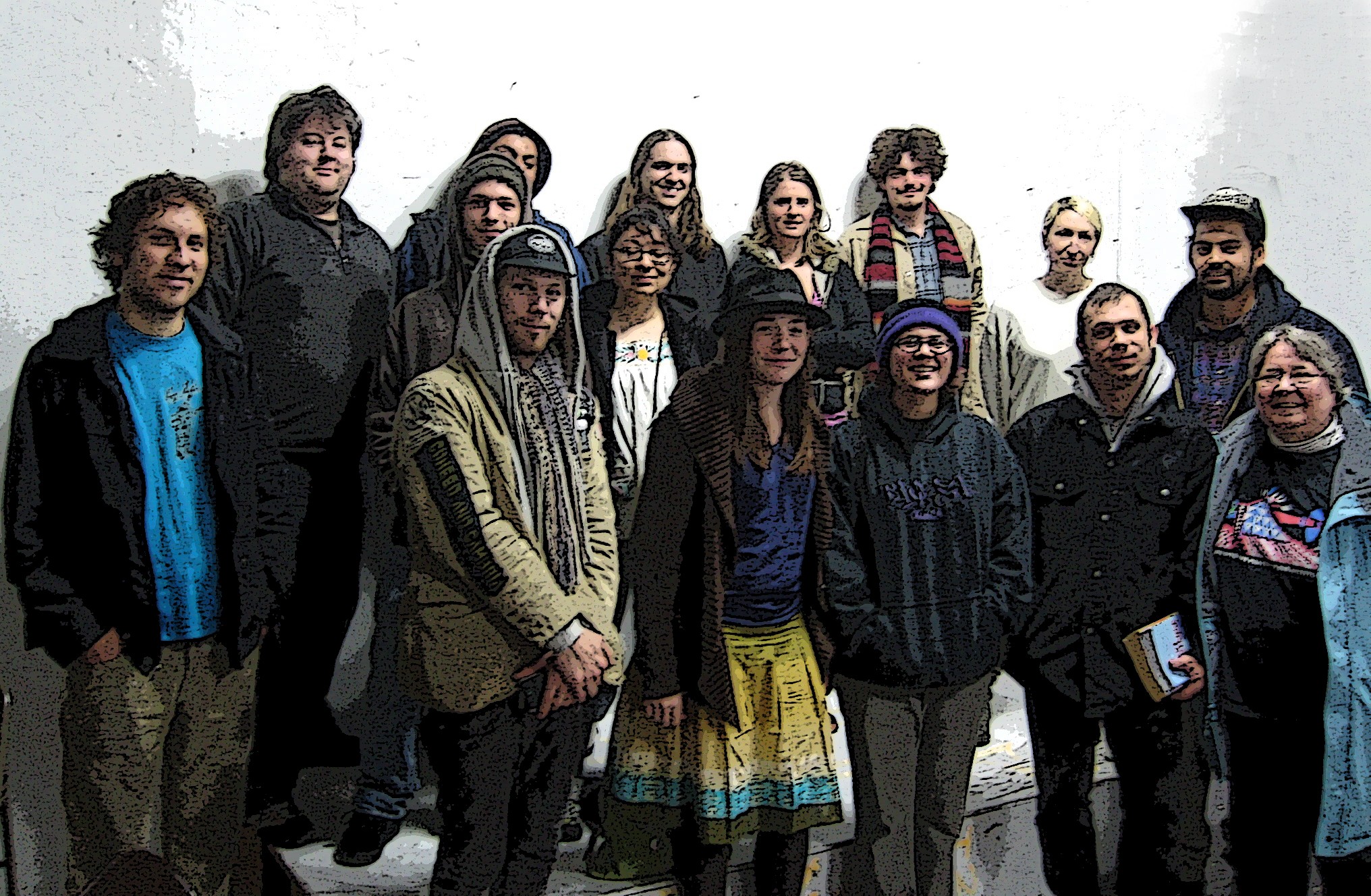 For most of us here in Eureka, the trauma of Jan. 9, 2010, has faded into the annals of earthquakes past. Living near the triple junction, seismic shifts are our lot. If we remember the date at all, we probably think that was the day we personally dodged a bullet. Miraculously no lives were lost, but the 6.5 magnitude quake did deliver a crippling blow to the Eureka Municipal Auditorium, home to the city's most energetic and enduring community arts organization, the Ink People Center for the Arts.

The Ink People was founded in 1979 by a group of printmakers looking to share resources, a workspace and an etching press. "Almost immediately," said Libby Maynard, a founding member and current executive director, "it became apparent there was a need in our community for a larger peer-supported organization for artists. Our small group took up the challenge with three guiding principles that have not changed since they were formulated 33 years ago: to create peer support groups and programs of all kinds similar to our printmakers group; to educate our community about the value of the arts; and to create paying jobs for artists in the arts.

"Because it functions as a cultural development organization," Maynard continued, "much of the general public is unaware that the Ink People is the center from which many of the projects and programs they do know about are birthed. The Redwood Curtain theater and the Discovery Museum are two examples of community organizations that have gone on to be independent venues after being supported by the Ink People with planning, clerical resources, getting funding, and achieving their own 501(c)(3) non-profit status."

Of the more than 60 currently active programs and community projects of the Ink People, perhaps the best known, at least most visible, is the much admired Rural Burl Mural Bureau, started in 1991 as a creative response to kids hanging out in Old Town with no focused social activities, and to address the proliferation of unwanted graffiti. "Within two years," said Libby, "the murals created by these same kids garnered the first arts-related California Healthy Cities Award. That award in turn brought renewed statewide and national interest to Eureka as a tourist destination and a quality place to live. I want to give ‘massive respect,' as the kids would say, to Eureka Redevelopment, which partnered with IP early on and has funded the Mural Bureau's total budget since 2003 when the California Arts Council was defunded by 97 percent.

"The Ink People is the designated art organization for the City of Eureka. As such, the city was able to provide space for us in its Municipal Auditorium building rent-free, including utilities. This was a huge factor in our ability to sustain the diverse character of the organization and to integrate the day-to-day operations of our Artist in Residence program, 10 or more art and community building programs, 14 programs for and by the city's youth, including the acclaimed MARZ program (Media and Arts Resource Zone) allowing for hands-on use of digital and analog media, 12 or so distinct cultural programs that embrace our city's diversity with peer support of Native American cultures, traditional Mexican celebrations, and the Hmong community of the North Coast, to name a few.

"The quake of January 9th caused the immediate suspension of all of our programs, the loss of performance and gallery space, and a major loss of income from members who rented studios from us. The big heart of this city has opened to us and the Northern California Indian Development Council has graciously provided rent-free temporary offices here in its F Street (Carson Block) building that allows us to maintain a bare bones operation.

"Our most pressing concern after the quake was to maintain continuity for our youth programs, such as the MARZ project, which function as drop in, hang out, socializing spaces. The city made the lobby area of the Adorni Center available as a gallery space, but the restrictions on what can be installed and left in the space have made it impossible to continue there. Our next gallery show, PINK, will be a February Arts Alive! exhibit in a warehouse on West Third Street. The dynamic art group known as Empire Squared has been using the place for eight years putting on over 100 art exhibits and events. They have decided to take a break and allow a few other IP collectives to use the facility. It's going to be tight, but reps from Placebo, our music center run by and for youth, DIY Community Center (shared tools and resources), MARZ, and our printers are meeting as we speak to work out a multi-use strategy for the space by March."

Any one of these groups could fill this crushingly small space.

Obviously the Ink People Center for the Arts needs this community's gratitude and help now. The fastest way to help is to go to their beautiful website, inkpeople.org, become a member for 25 bucks, and help erase the first projected deficit ($15,000) in the organization's history. While you're there, find out how IP's DreamMaker program can link your creative art ideas to funding by the National Endowment for the Arts. Or learn how to attend ASCEND, a summit conference for developing leadership in NextGen Artists 18 to 35, on Feb. 11, in HSU's Kate Buchanan Room.

Offer your business acumen or fundraising skills to lift Ink People into prosperity. Show up for exhibits at IP's new Ink Annex Gallery at the warehouse at 47b W. Third Street (not far from the Eureka Co-op) and help the arts bring a creative, healing presence to this part of town. First show! PINK at Arts Alive! on Feb. 4.

Let's make all of Eureka a home for the Ink People until they once again have a home of their own.