Sharing our Waters with Other Mammals

And knowing when you're too close 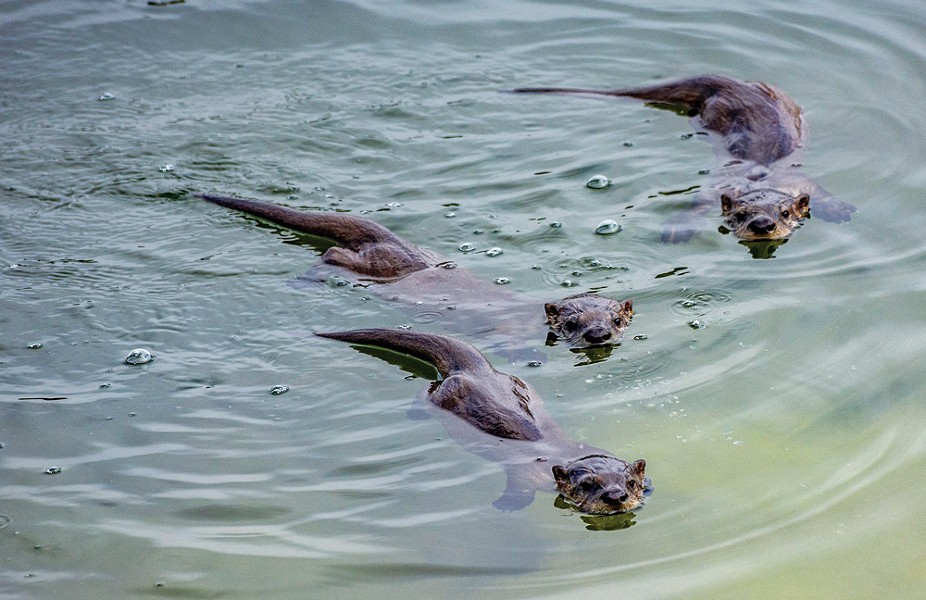 Humboldt County's has one of the richest and most diverse populations of marine life in California, as well as some 135,558 people, plus visitors. My family, like many others, is particularly active in the waterways, especially kayaking and surfing in spaces shared by other mammals. Even though we know the animals are there, encounters come as a surprise and can have frightening or even dangerous consequences unless we are aware and prepared.

Paul O'Connor tests the waters of Big Lagoon for the Big Lagoon Rancheria, often while kayaking near sunrise. He has witnessed an array of wildlife at various locations and seasonal intervals, including Roosevelt elk herds feeding inside the lagoon at least six times per year. I have personally spotted them at several places at the shoreline.

Elk are most active while feeding and can be unpredictable and dangerous, especially during calving (spring) or rutting (autumn) seasons. We really need to give them space — hundreds of feet. If they lift up their heads from eating to look at you, you are too close. A male can weigh more than 1,000 pounds and if he should charge, shallow waters will not slow him down — he can run much faster than you can paddle or swim.

River otters also use the near-shore waters. But don't let their title mislead you; some of these live in marine environments, like the marsh and the lagoons. They are most commonly sighted while fishing. O'Connor has spotted many at Big Lagoon. They are generally wary of humans, but have also been known to occasionally be aggressive when threatened. The best approach is to give them a wide berth.

P. Dawn Goley, marine biologist and professor of zoology at Humboldt State University, reminds us that marine mammals are federally protected. We have a responsibility to keep 100 meters of distance from them. Most of the time when animals are negatively impacted by humans in the near-shore waters, it is inadvertent.

Harbor seals are the most frequently encountered pinniped because they are typically in our area year-round. These white and black speckled creatures tend to hang out at river mouths and haul out on near-shore rocks. They are a bit skittish of people and likely to become disturbed if someone gets close to them. If a human approaches while they are on the rocks, they will go into the water, causing the seal to expend energy on evading the human and disrupting its rest and warming period. Frequent approaches cause these animals a substantial amount of stress. Imagine needing to be prepared for humans or animals invading your bedroom at any moment, unable to get the rest you need. This is the sort of anxiety that humans can inadvertently cause these animals.

Harbor seals are most vulnerable in the spring when they're pupping. Mother seals will leave their pups on the beach to rest while they forage, then go back to retrieve them. If the pup is moved, there is a risk it may never be reunited with its mother. The National Oceanic and Atmospheric Administration (NOAA) has Marine Life Viewing Guidelines that state we should remain at least 50 yards away from seals. A good rule of thumb is if, like the elk, a seal lifts its head at your approach, you are too close.

Goley says there are predominantly two types of sea lions found here, the Stellar sea lion and the California sea lion, appearing at different times of year. Stellar sea lions breed here in the early summer and, like harbor seals, are particularly vulnerable when they are pupping. They haul out in Trinidad in the late spring, summer and sometimes into winter. My son encountered one while surfing this summer. He was on his surfboard, just beyond the break line. It was a rare encounter with a particularly curious sea lion that decided to take a little bite of the side of his board. California sea lions don't breed in Humboldt County, so there are very few here during the summer months. The males, however, inhabit our area during the fall and winter months. Like the harbor seals and Stellar sea lions, they are most commonly impacted if they are approached when they are out on the rocks.

Jeffrey Steinkamp, owner of Moonstone Beach Surf Camp, has surfed the waters of Humboldt County for about 35 years. His most aggressive encounter to date, however, was not with a mammal. A goose attacked him and hit him in the head five or six times. He tells his surfing students that if they encounter an animal while in the water, they should "stay calm, move slowly, catch a wave to the beach and do not approach them." Solid advice.

Another group of marine mammals found in near-shore waters are cetaceans: toothed whales, such as dolphins and porpoises, and baleen whales. NOAA suggests remaining at least 100 yards away. Harbor porpoises, which are black with small triangular dorsal fins, are the most common toothed whale hanging out near shore. Because of their reclusive nature, we don't usually disturb each other.

We do have killer whales coming by periodically but they are typically further offshore and beyond the range of human recreational use. Gray whales, however, are near-shore visitors. They are typically here during migration, winter through early summer, and can sometimes be found in large numbers. According to Goley, they arrive in the spring with their offspring and are particularly vulnerable, which can lead to feeling threatened and becoming aggressive. They need to be given lots of space, at least 100 yards.

An awareness of basic animal behavior in the near-shore waters can be especially helpful for keeping humans safe. Marine predators in our area feast on salmon and other fish, which can be found at river mouths. Avoid mixing with the food source and you won't be confused for food.

Even if the details or timing of animal behaviors escape us, we should at least apply some basic rules whenever using the near-shore waters: 1. Acknowledge that we are sharing spaces with other mammals. 2. Avoid wild animals. 3. Give animals as much space as you can. 4. Do not approach them or try to touch them.

Goley's rule of thumb is, "If you notice that the animals are changing their behavior, either coming toward or away from you, that means you are too close."

Jeanette Cooper (she/her) is a freelance writer and educator.